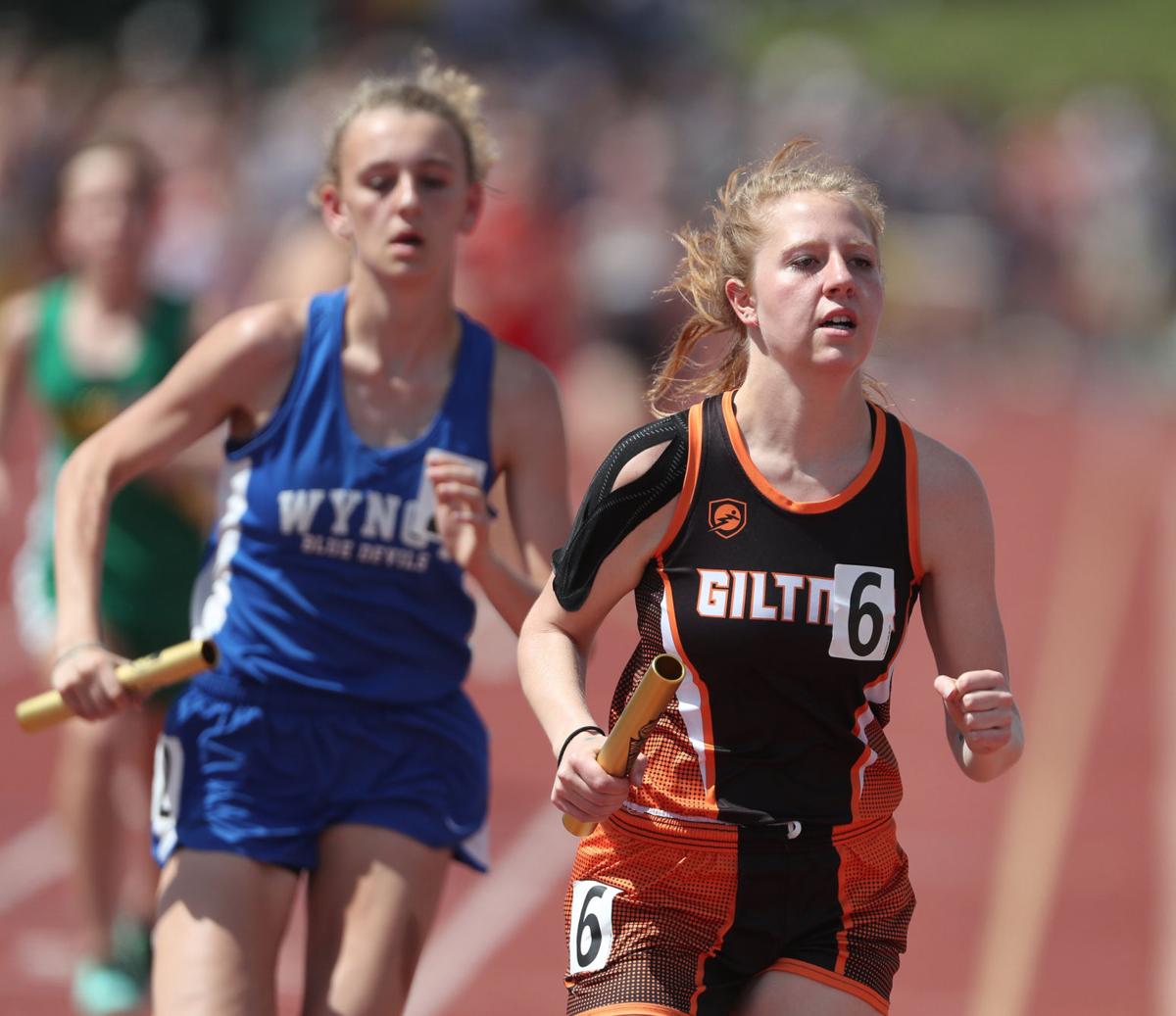 Senior Cortney Hoelck (right) and her Giltner track and field teammates won’t get the chance to compete for their sixth-straight Class D state championship.  Corbey R. Dorsey/For the Independent 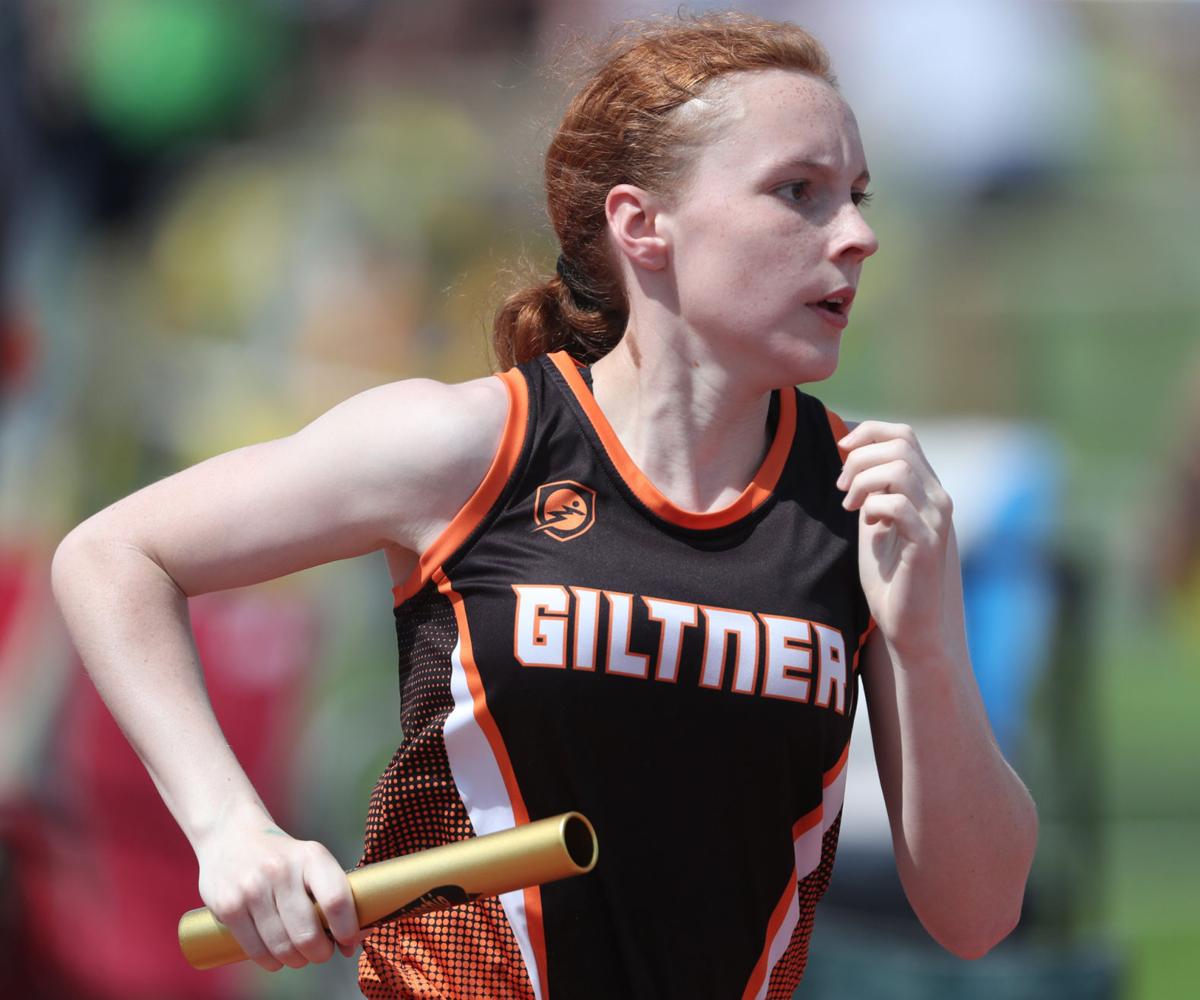 Senior Cortney Hoelck (right) and her Giltner track and field teammates won’t get the chance to compete for their sixth-straight Class D state championship.  Corbey R. Dorsey/For the Independent

The Giltner girls track and field team had some goals entering the 2020 season.

The Hornets were looking to bring home their sixth consecutive Class D title this season. Senior Hannah Preissler was looking to not only win her fourth-stright title in the pole vault, but also looking for a chance to get the Class D record this year.

But with the threat of COVID-19 throughout the world causing the Nebraska School Activities Association to cancel the entire prep spring sports season, we’ll never know if Giltner could have accomplished those things in 2020.

“I keep replaying in my head what we could have done this year,” Giltner senior Hannah Preissler said. “It’s really hard to think about not having a season. I know we would have had a chance to add on to what we’ve already accomplished.

“And the seniors had three under our belt and we really wanted to win another one.”

Preissler would have been one of eight seniors on this year’s Giltner squad. Sydni Janzen, Cortney Hoelck, Amanda Whisenand, Cassidy Tompkin, Payton Hunnicut, Lacey Hoffman and Kendal Wilson were the other Hornet seniors.

“We’re never going to know and with the group of seniors that we’ve had, they’ve been part of our success the past three years,” Giltner coach Nancy Lockmon said. “And half of the points we scored last year would have been coming back. They knew they had to show our underclassmen the ropes, whether its working hard in practice or in the weight room and leading in their groups. They are certainly going to be missed.

Preissler was the one that’s had the most success. The Nebraska recruit would have been going for her fourth Class D title in the pole vault, while also earning a seventh-place medal in the 100 hurdles and was a member of the 1,600 relay that took fifth last year.

Preissler’s goal this year was not only to win her fourth title, but to break the Class D record of 12-3, set by Bruning-Davenport-Shickley’s Catherine Mick. Preissler is currently third on the All-Time Area leaders at 12-0, which she set at the Nebraska Track Festival last year.

“It’s very disappointing knowing that I can’t go for that record,” she said. “Those (A fourth state and a state record) were my goals I wanted to accomplish this year.”

Lockmon said: “That’s just a big disappointment for her not to get that chance at a fourth state title. She might have had a chance at an All-Class gold medal as well. She was getting better in the hurdle races, medaled in one last year, and worked so hard in them during the winter.”

Lockmon said those athletes could also have done well and she feels bad for the them.

“Sydney Janzen has battled injuries throughout her career. She’s a kid that could have competed for titles in the sprints as it was all seniors last year that beat her in both the 100 and 200, and might have done well for us in the 400,” Lockmon said. “Cortney was on two gold medal relays when she was a freshman (1,600 and 3,200 relays). She’s qualified in the 800 a few times and she might have had a chance to get a medal and score points for us. She might have ran in the 400 and 1,600 as well. And track is the only sport she’s allowed to do since she’s had shoulder problems. She worked hard in the offseason for track and she can’t compete in it.

“Sydni Watson is a junior that stepped up for us in the 3,200 relay for us and was a member of that 400 relay. She’s a sprinter so we might have seen her do something in the sprint races. She worked hard to get where she’s at and was waiting for her time to shine. And I think a lot of the other seniors might have done something for us in other events.”

Even though Giltner might have been the favorite to win the Class D state title this year, Lockmon said there would have been teams that challenged the Hornets this year.

“It’s unknown because we don’t know if we would have won it this year or not,” she said. “I know Axtell and Mullen, who finished third and fourth last year, had some key athletes returning and Allison Weidner, who won the Class D 400 last year, from Humphrey St. Francis would have scored a lot of points by herself.”

Lockmon also made a comment about Rody Lyon. The Giltner senior missed both football and basketball during his senior campaign because of a hip injury. He had just gotten cleared to compete in track for his senior year. He was a member of the 400 relay team that won the Class D race in 2017 and 2018.

“He was back and ready to go after he couldn’t compete in football or basketball this year,” she said. “He’s been a big part of the boys teams the past few years.”

Preissler sent a message to the 2020 senior class as well as the underclassmen for the upcoming years.

“The 2020 seniors all over have been through a lot of stuff, with school getting canceled, graduation being postponed and prom not being able to go on, we’re still a strong class and I think we can get through this,” she said. “And to the underclassmen, don’t take anything for granted because it can be taken away in the blink of an eye. Just appreciate every moment that you are given because you don’t know what will happen.

“We never would have thought anything like this would ever happen. We would go through some days wishing for a snow day and canceling school and right now, I’m sure a lot of us would take that back in a heartbeat.”

Lockmon said the senior class will be remembered for the memories they’ve had and hopes everyone continues to follow the health guidelines to prevent the spread of the coronavirus.

“We know what’s going on in the world and we all need to do our part,” Lockmon said. “We just hope the part that we are doing does save a life of a relative, a community member, Nebraskan, somebody in the state and world, at least we hope. We’ve given up a lot but these kids have provided a lot of great memories. I hope they are remembered for that and not just this year.”