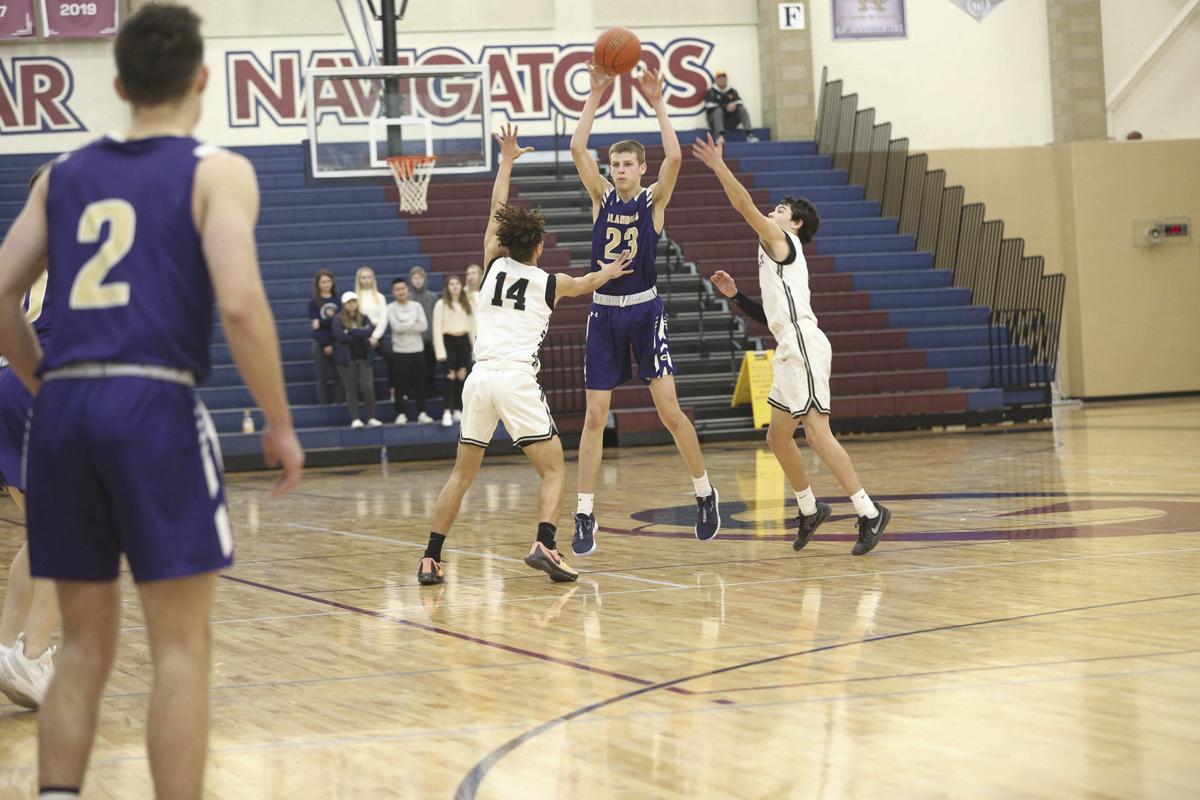 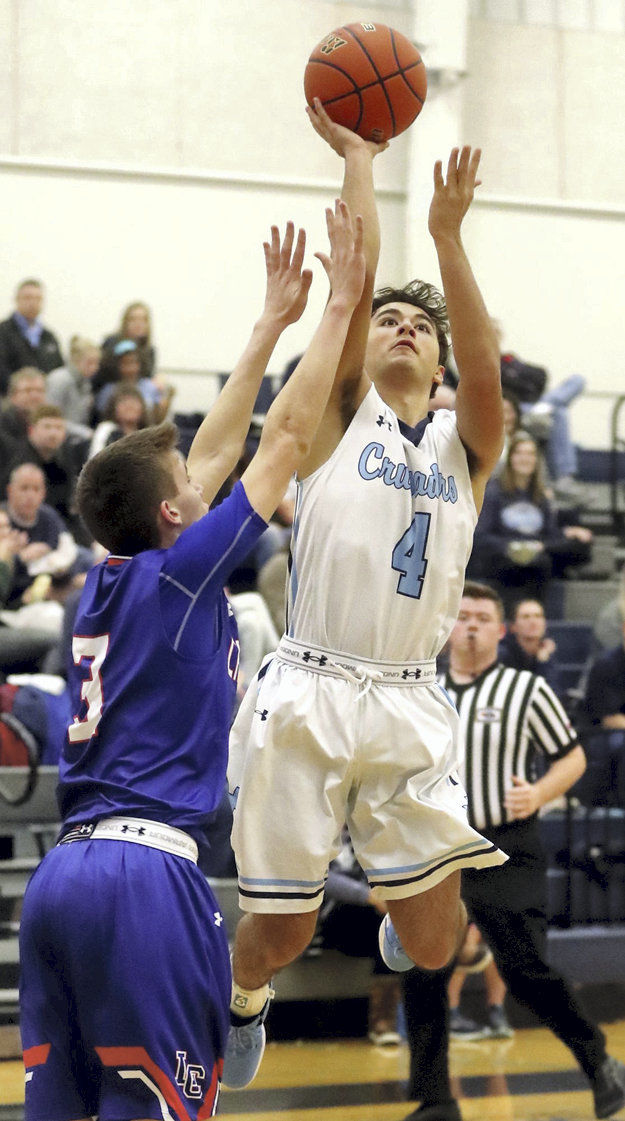 The T-shirts for the final game of Saturday’s Heartland Hoops Classic say it all.

When Class A No. 10-rated Grand Island Senior High and C-2 No. 3 Grand Island Central Catholic take the court at the same time at the Heartland Events Center around 8:30 p.m., this isn’t some sort of one-time rivalry game.

Event organizer and GICC head coach Tino Martinez said it’ll be more of a celebration of high school basketball in the city.

“With the players, there are a lot of friendships already,” Martinez said. “Our players are good friends with their players. Coach (Jeremiah) Slough and I are friends. I’ve known him since back when he was (coaching) at Pleasanton and during his playing days.

“For the fans, we want everyone to come out and enjoy the atmosphere.”

The difference in classes wasn’t a large obstacle to putting this game together.

“Jeremiah and I were talking possible opponents for them and who would be a good fit,” Martinez said. “Those were limited, so we landed on what would be the best atmosphere and the most fun.

“We were able to get it done quickly. It wasn’t a long, drawn out process. We wanted to do what was in the best interest of our programs.”

Slough said that while some might have reservations about the Islanders playing a C-2 team, he doesn’t.

“As a high school coach, I want what is best for kids,” he said. “I was at the Hastings High-Adams Central game (on Tuesday), and it’s hard to say that playing in that environment and that atmosphere isn’t good for the kids.”

GICC is 18-2 and doesn’t start a senior. Slough hopes that the Islanders provide them with the type of challenge that can benefit them during the postseason.

“Central Catholic is having one of the best years they’ve had in a while,” he said. “They’re going to face a quality opponent, and hopefully that helps them when they try to win a state championship.”

And he said GICC will provide the Islanders with challenges, too.

The Crusaders are facing a Senior High team that is 12-7 and just entered the Class A rankings after an impressive weekend that included road wins against Kearney and Omaha Creighton Prep.

“From my time here, this was our best weekend,” Slough said. “A couple of years ago we beat Millard North and (Omaha) Burke on the same weekend at home, but this time we knocked off a good Kearney team and Prep had won 55 of its last 56 at home.

“Obviously it was a huge weekend for us.”

The clash of Grand Island teams will provide a unique ending to a unique day in the history of the Heartland Hoops Classic.

Prior to that at 5 p.m., Heartland Hoops Classic regular Sunrise Christian Academy — located in Bel Aire, Kansas, and rated No. 9 by MaxPreps — battles event newcomer Bishop Walsh from Cumberland, Maryland.

Martinez said the timing was natural to expand the number of national teams that are a part of the Hoops Classic.

“We’ve gotten more interest,” he said. “It’s similar to what’s taken place in Nebraska. At first, we had to reach out to try to fill out the day. Now we have to turn teams away.

“(Coaches) Steve Smith of Oak Hill and Luke Barnwell of Sunrise Christian have spread the word, so now we have teams reaching out to us. So we decided to have a second game.”

With games often set up almost a year in advance, the lineup can be a guessing game.

“I think it’s going to be a good day of basketball,” he said. “The highly-rated teams have held up against their schedules, and the national teams have done the same.”

The day’s earlier games are:

% Fullerton vs. Falls City Sacred Heart, 8:30 a.m.: Falls City Scared Heart is ranked No. 2 in Class D-2, while Fullerton has been ranked at times throughout the season in D-1. Two of the Warriors’ four losses have come to D-1 No. 1 Humphrey St. Francis.

% Hastings vs. BRLD, 1:30 p.m.: Martinez said this is one of the in-state contests that seems to be generating buzz.

“BRLD has a long winning streak (43 games) dating back to early last season,” he said.

Hastings is ranked No. 2 in Class B, while BRLD (Bancroft-Rosalie/Lyons-Decatur) sits atop the C-2 ratings.