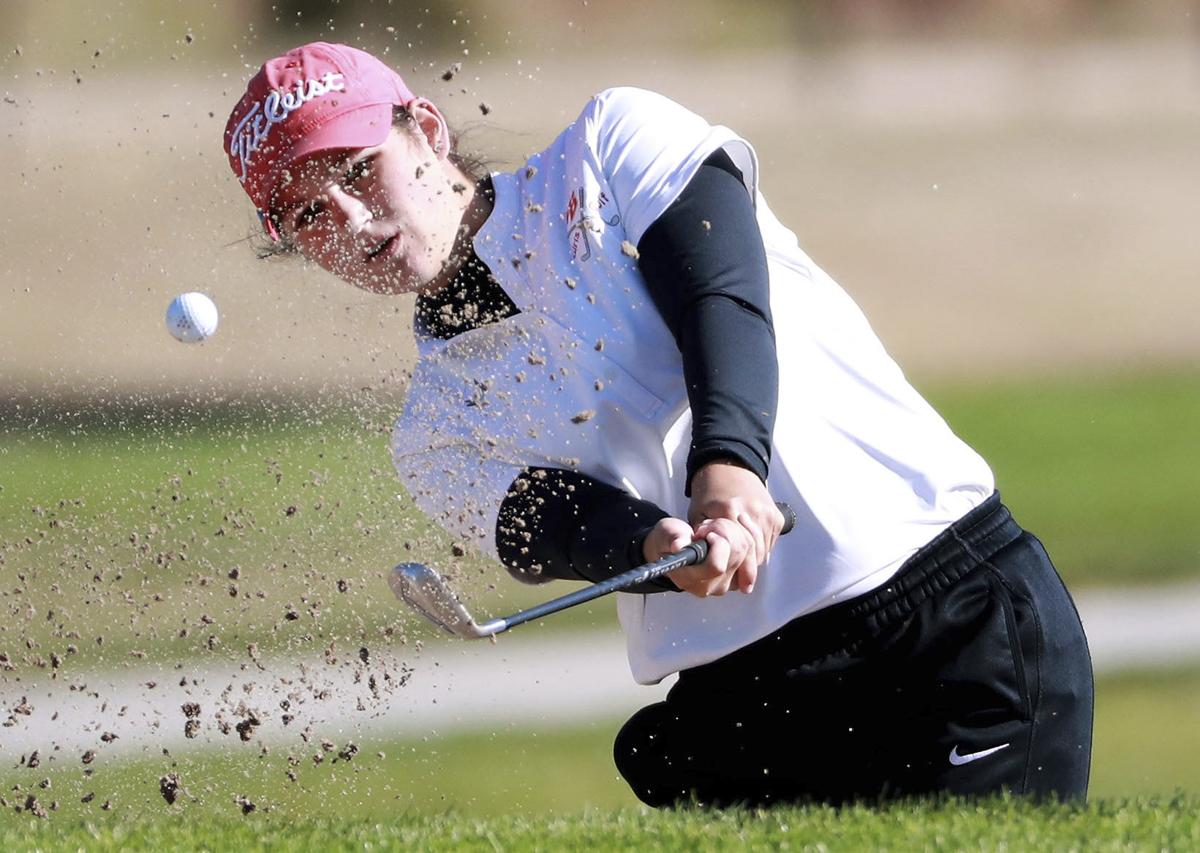 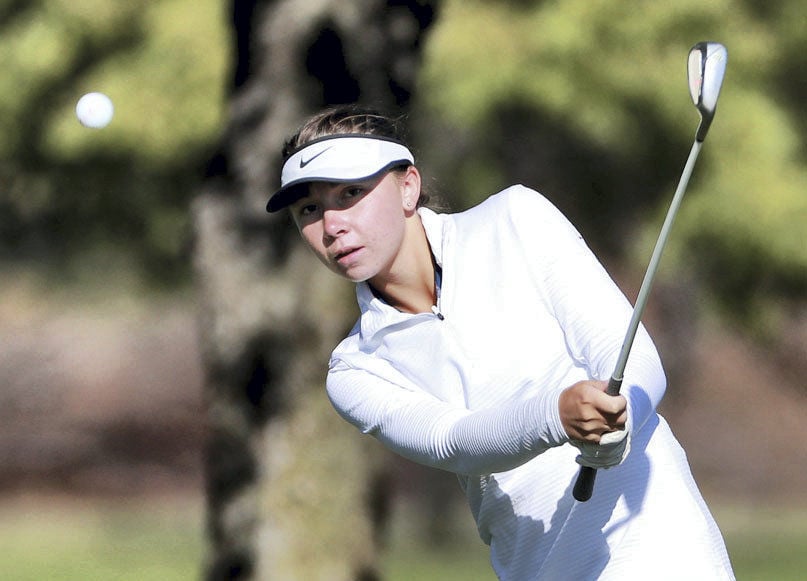 After 18 holes at the Class C, District 4 golf meet Tuesday at Indianhead Golf Course, Broken Bow and Cambridge were tied for second place at 420.

The top three teams qualified for state, so both knew they were going to Lake Maloney Golf Course in North Platte Monday and Tuesday for the Class C state tournament.

But there was still the matter of who would get to take home the second-place plaque from the district meet.

So four golfers from each team headed out to the 10th tee for a playoff. When the smoke had all cleared, Broken Bow shot 23 on the hole while Cambridge shot 26.

Broken Bow coach Kelly Cooksley said several of his players had been in playoffs before, so it was nothing new for them. The Indians also had their secret weapon in junior Graycee Oeljen, who had sunk a 30-footer at a previous meet to win a playoff.

“That same girl wasn’t playing very well in the playoff,” Cooksley said. “And she sunk a long 15- or 20-footer. I’m like, ‘I’m going to keep you around for playoffs.’

“I think both teams were relaxed, knowing that they were going. I told our assistant if we can stay close with the first two I think our depth can get them and it ended up being the difference.”

“I kind of knew it was going to come down to Kearney Catholic, Cambridge, us and then I thought maybe a Minden or a Cozad would be in there as well,” Cooksley said. “We’ve played each other a lot this year. We kind of know what the other teams bring and stuff like that.”

Madison Jackson led the Indians with a 92 to finish third. Avery Campbell also qualified for state as an individual with a 105 for seventh place.

“She’s been our rock and hammer all year,” Cooksley said of Jackson. “She’s definitely a very good golfer. I’m expecting her to do some things next week at state as well.”

With three juniors and two sophomores on varsity, the Indians will get some good experience at state which will benefit them in the 2020 season.

“We’re kind of building a little bit of a good run here,” Cooksley said. “We don’t have any seniors on our roster so this is a good experience for them going forward for sure.”

“We got one in by the skin of our teeth,” GICC coach Dee Hanssen said. “She has really brought her game down this year. She just got third place at our last tournament in Cozad with a 92, and I thought, ‘She can do this.’

“She didn’t golf quite that well today, but a few different putts and stuff and she could have been right down there. We’re just thrilled that she made it and qualified for state.”

Hanssen said they joke about how much Ostdiek loves medals. With about five holes left after a bad hole, Hanssen said she told her if she finished strong they could still put a medal around her neck.

“She came on strong. I think we’re more counselors than coaches,” Hanssen said.

“I’m disappointed for the team, but we knew we’d have to be spot on today,” Hanssen said. “The girls were disappointed. I really wish I had these seniors one more year, and they were saying the same thing too, but I’ve been really proud of them this year. They’ve done really well. They all started as sophomores together. They’ve just been a delight to work with.”