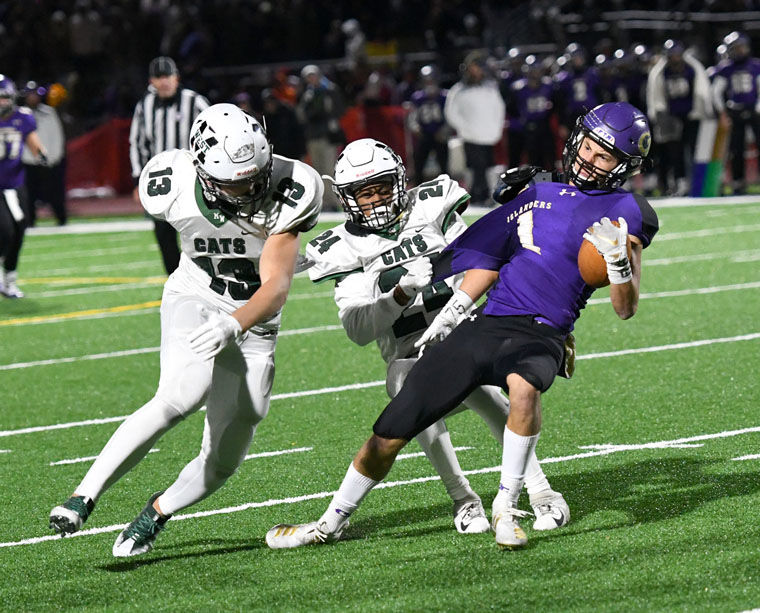 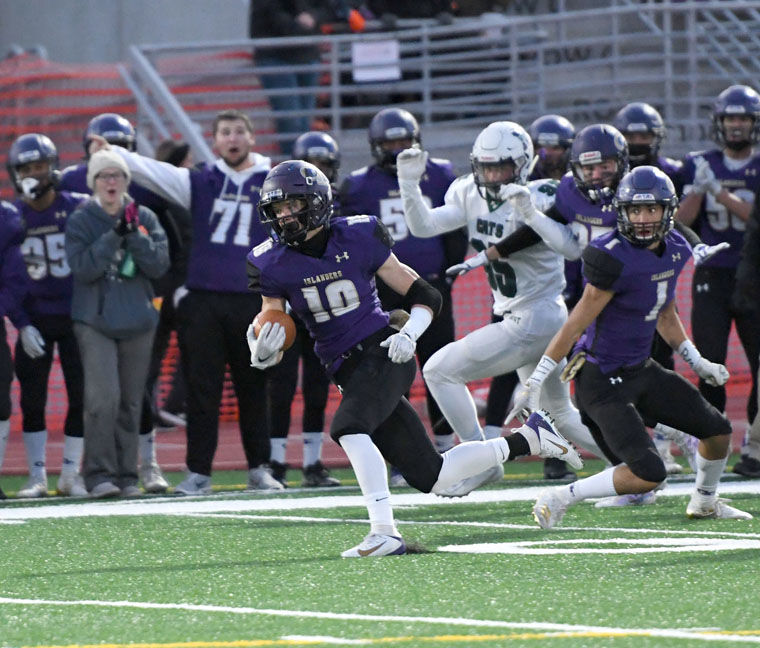 On their first play from scrimmage, the Islanders scored on a 74-yard run by Caleb Francl.

But Peterson didn’t have to worry. His defense held Grand Island out of the end zone the rest of the way, and the No. 2-rated Wildcats topped the No. 7 Islanders 20-7.

Last week Millard West gave up 13 points before rallying for a 23-13 win against Kearney.

“We did what we did last week — just stick to it,” Peterson said. “It was very similar to last week.”

While it was also a similar start to Millard West’s last visit to Memorial Stadium, the finish wasn’t the same. In the 2014 Class A quarterfinals, the Islanders scored 47 seconds into the game on a 74-yard pass en route to a 21-6 victory.

“Our defense, No. 1, did one hell of a job because they gave up the first one,” Peterson said. “We missed two tackles and obviously (Francl) is a hell of a player. He goes the distance, and just to come back and respond because the last time this coaching staff was out here the same thing happened and I’m going, ‘Oh my God, it’s happening again.’

“The defense did a great job of keeping us in it, and then we did just enough offensively to keep us close in the first half.”

Francl broke two tackles in the backfield and then another one as he raced up the right side to the end zone with 9:33 left in the first quarter.

“Our kids were ready to play, and they came out and played very, very hard,” G.I. coach Jeff Tomlin said. “I thought our effort was outstanding. Millard West is an excellent football team. We knew going in that it was going to be hard to defend them.

“But I think overall we played pretty well and we can get better. I think this is going to vault us into becoming a better football team.”

Millard West (7-0) lost a fumble on its next play after Francl’s score on its 23-yard line, but that turned into the first of several missed opportunities for the Islanders (6-1). They fumbled it back on the 16.

The Wildcats got onto the scoreboard with 4:22 remaining in the half on a 10-yard run by Ethan Valencia to cut the lead to 7-6 after a missed PAT kick.

And it was the passing game that led Millard West to the win in the second half. Tristan Gomes finished 10-for-14 for 217 yards with two touchdowns, both to Kaedyn Odermann.

The first was a diving catch for a 6-yard score with 1:31 remaining in the third. Valencia ran in the 2-point conversion to give Millard West a 14-7 lead.

That touchdown was set up by a 46-yard reception by Dalys Beanum, who had six caches for 136 yards.

An insurance score with 4:58 left in the game was more than enough for the Millard West defense. On fourth-and-6 from the Islanders’ 38-yard line, Gomes connected with Odermann for a big touchdown.

“We saw some things matchup wise that we liked, and we’d hit it earlier in the game,” Peterson said. “Everyone thinks we’re just running the ball. We can throw it, and there was a time we thought we could take a shot there.

“I was comfortable up one score. Kaedyn even said, ‘You didn’t have to throw 90 hitch and go.’ I said that I thought I could get a holding penalty on it because I’d seen on film that if they get beat they don’t want to give up the long one and they’ll just take the penalty. That’s was smart, and that’s why Jeff is such a good coach.”

“They run veer so well and they have three receivers who are outstanding,” he said. “I thought for the most part our secondary held up really well. That’s a tough matchup with (Odermann). But I’m proud of our effort, especially in 1-on-1 situations. Nobody has covered (Odermann) all season, and so I thought Alex (Hinken) did an admirable job on him when he was lined up against him, and Ace (McKinnis) as well.”

Millard West’s defense held the Islanders to 45 yards rushing on 31 carries after Francl’s score. Carson Cahoy was 25-for-42 passing for 268 yards.

Tomlin said Millard West’s defense is one of the fastest the Islanders have gone up against in recent years.

“They have some D-linemen that can really run and linebackers and safeties,” he said. “Offensive line wise, we can only build off this. We’ve seen the speed that a top level Class A team has. We know that. We’re one of the top teams as well, and we have to play up to that speed.”