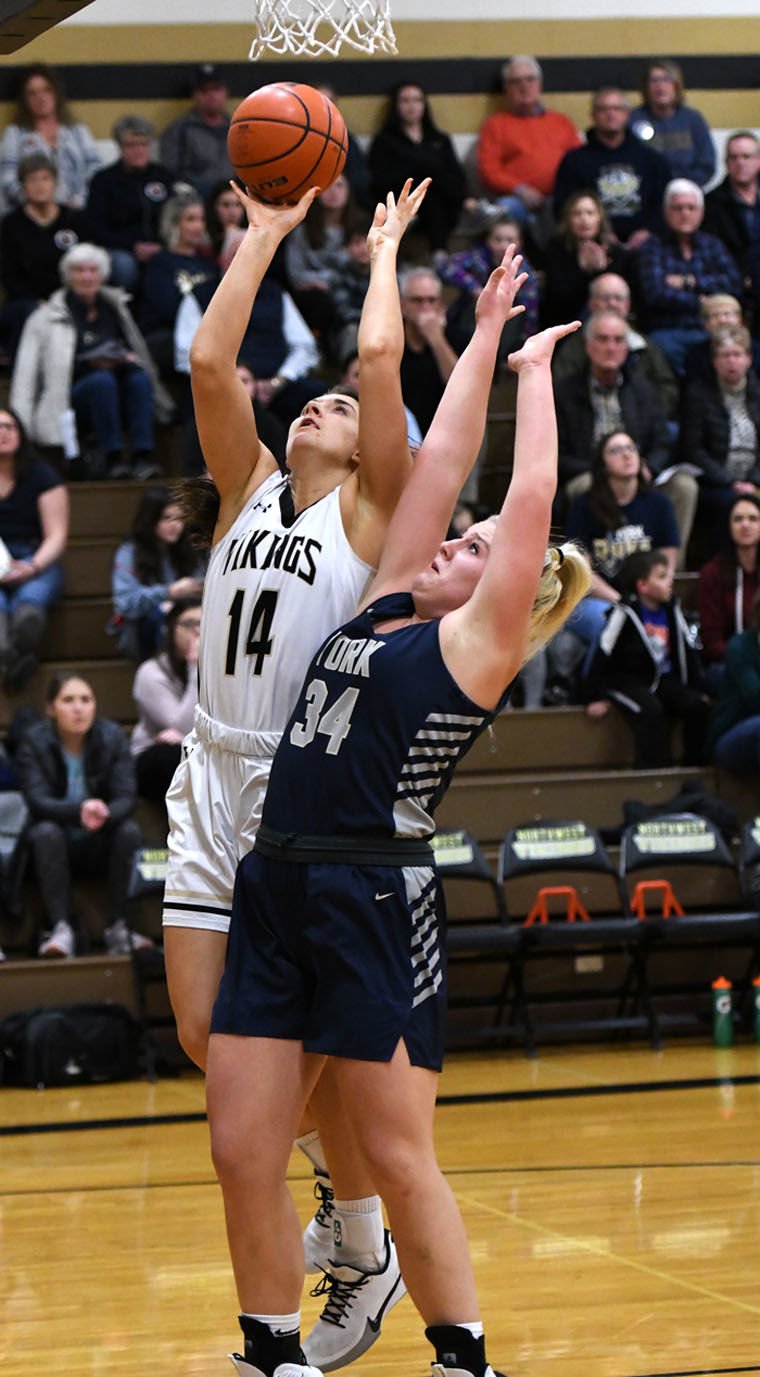 Northwest’s Claire Caspersen scores inside against York’s Natalia Dick during the first quarter of Tuesday night’s Class B, Subdistrict 6 final at Rosencrants Gymnasium. Caspersen finished with 18 points as the Vikings rolled to a 65-39 victory. 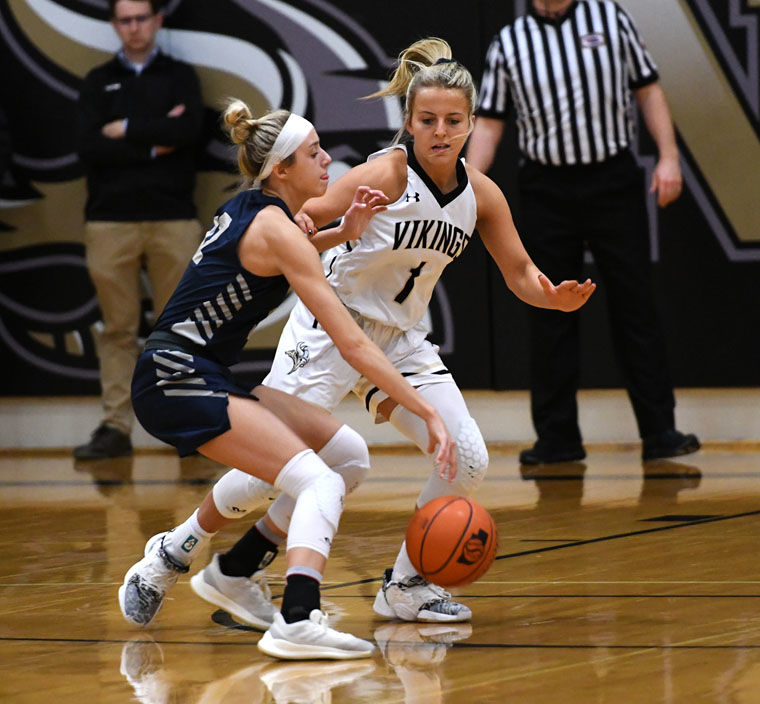 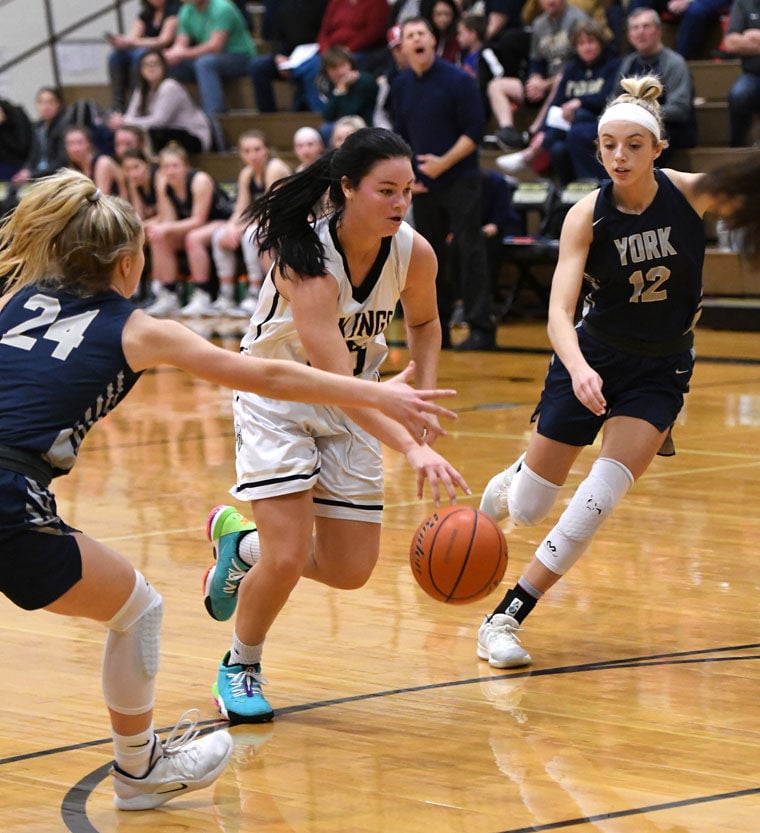 Northwest’s Claire Caspersen scores inside against York’s Natalia Dick during the first quarter of Tuesday night’s Class B, Subdistrict 6 final at Rosencrants Gymnasium. Caspersen finished with 18 points as the Vikings rolled to a 65-39 victory.

In defense of the Class B state basketball championship, the fifth-ranked Northwest girls have found there is no place like home.

Against fourth-ranked York (Omaha World-Herald) on Tuesday night, the Vikings hit a mind-boggling 26-of-41 shots from the field and assisted on 17 of those in cruising to the B-6 Subdistrict championship in a 65-39 win.

It was Northwest’s third home win in five days and second over a top-five opponent.

“You get in a rhythm like that this time of year and you want to just keep playing,” Viking head coach Russ Moerer said. “I think that feeds on itself. It’s good for the girls to be rewarded for all these months of hard work.

“It’s important to know what it feels like to have the offense run at speed and the spacing that we want it to. And, I thought defensively we were also outstanding tonight.”

It was a clinic to be sure.

Senior guard Whitney Brown said the Vikings have stayed the course and come together since a 62-18 loss to top-ranked Crete in the Central Conference final.

“It was awesome to come back and beat (York) after we lost a close one to them earlier this season,” Brown said. “We came in with no fear and our mindset was to play together. Earlier this year, we were separated and doing our own thing. Now, we are moving the ball, playing with energy and talking on defense.”

While Brown had 20 points on a 5-for-8 3-point shooting night there was help all around.

Claire Caspersen had 18 points and seven rebounds and Lauren Hauser had an efficient 12 points — it took just seven shots — to go with a game-high eight rebounds. Shanae Suttles and Skylee Nelson combined for nine points and 11 assists.

On defense, Northwest held the Dukes to 15-of-46 shooting. Maddie Portwine had 13 points for York.

“We’d take four more of those,” he said. “The last couple of weeks our spacing has been better and you are just going to get better looks. I liked how the ball moved tonight. We had some transition opportunities tonight — against a really, really good basketball team —where the ball didn’t hit the court.

For both teams, sights now turn to Saturday’s round of 16 district final games, where it’s win or go home. The Vikings (20-5) will unofficially host Omaha Mercy (13-10) with the time to be determined.