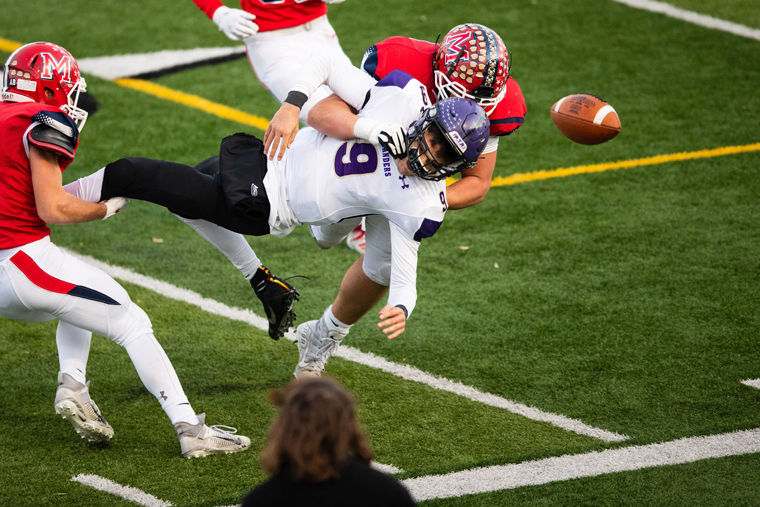 Grand Island quarterback Carson Cahoy fumbles the football out of bounds in the second quarter against Millard South. 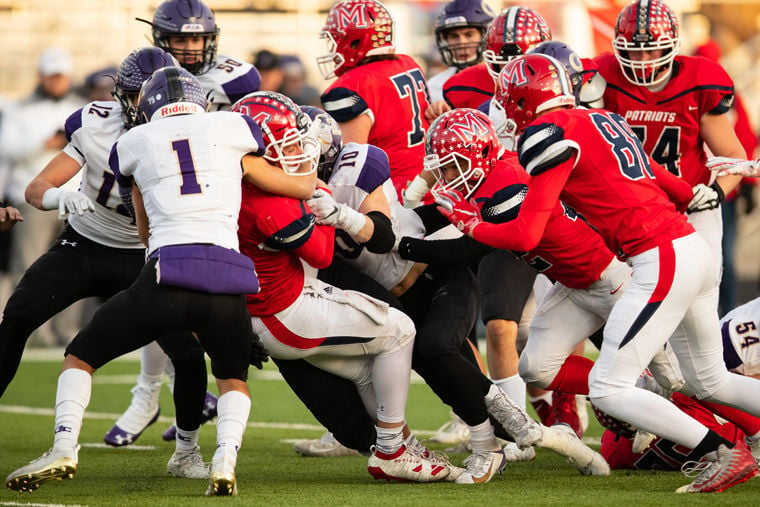 Now that spring high school sports have been canceled by the NSAA, what about the fall sports? The activities directors at the four Grand Island high schools got together electronically to discus the COVID-19 outbreak Friday morning on KRGI Radio. 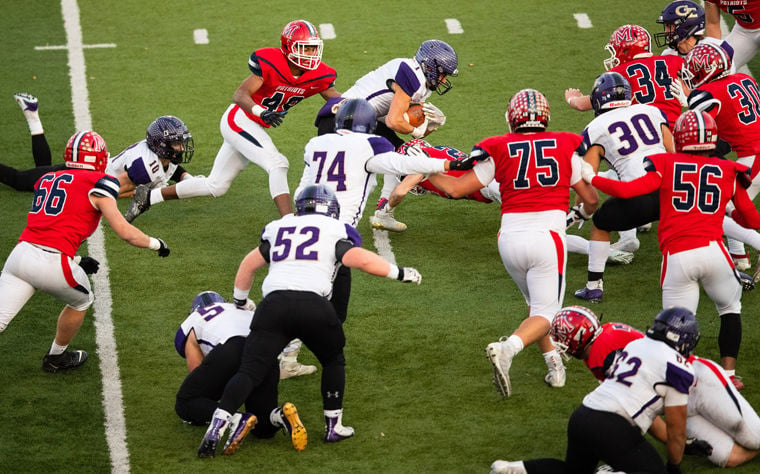 Grand Island quarterback Carson Cahoy fumbles the football out of bounds in the second quarter against Millard South.

Now that spring high school sports have been canceled by the NSAA, what about the fall sports? The activities directors at the four Grand Island high schools got together electronically to discus the COVID-19 outbreak Friday morning on KRGI Radio.

But the Patriots had no trouble picking up 64 yards on the subsequent drive to end Grand Island Senior High’s season.

No. 3 Millard South rallied from a 10-0 first-quarter deficit with five rushing touchdowns over the game’s final 27 minutes to post a 34-24 victory over the sixth-ranked Islanders during the Class A state football quarterfinals at Buell Stadium.

The Patriots (10-1) rushed for 315 yards behind the one-two punch of junior quarterback T.J. Urban (175 yards on 26 carries) and senior running back Isaiah Harris (28 rushes for 140 yards) to advance to the state semifinals for the first time in seven seasons. In the process, Millard South avenged last year’s 27-24 home quarterfinal loss to Grand Island (9-2).

“The difference was this time, we were able to move the ball,” Millard South coach Andy Means said of the decisive fourth period. “The defense played tremendous.”

Millard South led 27-17 early in the final frame when it made a curious decision on fourth-and-1 from its own 10. After a timeout, the Patriots went for a first down. Urban did not get the inches that he needed to move the chains on a sneak.

“I believe I got the first down,” Urban said.

Instead, Grand Island got back into the game. Broc Douglass scored his third receiving touchdown on the next snap with a 10-yard reception from quarterback Carson Cahoy to make it 27-24 with 8:37 left.

Means did not regret the fourth-down decision.

“I tell you why? Because I believe in our kids,” Means said. “We’ve done it all season. We’ve gone for it on fourth down. It’s my statement to the kids, ‘I believe in you.’”

Unlike last year, Grand Island could not get Millard South’s ground game off the field. Urban ran 12 yards into Islander territory on third down, then Harris bulled 3 yards for a first on a fourth-down play as the clock ticked under 5 minutes.

Urban scored his fourth touchdown on a 29-yard run with 3:15 remaining.

“We know the explosiveness of Harris and Urban,” Grand Island coach Jeff Tomlin said. “It was going to be tough to contain them all night. Obviously, their offensive line is very good.”

Grand Island enjoyed a double-digit lead early. On its first offensive play, Cahoy threw a backward pass to backup QB Jaden Jurgensmier, who hit Douglass at midfield. The senior weaved his way into the end zone for a 77-yard score with 8:51 left in the first quarter.

The Islanders entered Millard South territory on five of their six drives before halftime en route to a 17-14 lead.

“We knew there was going to have to be a couple things go our way, make our own breaks a little bit,” Tomlin said. “Coach (Russ) Harvey is really creative. Our kids seem to execute those plays really well when we need them. I was proud of the way we pulled those off and the season that we had.”

Cahoy completed 19 of 28 passes for 166 yards with two scores. Douglass was outstanding with eight catches for 165 yards, 47 kickoff return yards and a 40-yard run.

“Broc’s a special player,” Tomlin said. “Carson Cahoy had a great year for us. There are a lot of guys who had great years for us.”

In the end, it was Millard South’s backfield that made great plays.

“Offensively, we knew they were going to be hard to corral for a whole game,” Tomlin said. “Besides Millard West, they have pretty much run roughshod over everyone. Overall, I thought our defense played hard. We played hard. We stood in there and fought a very good team.”