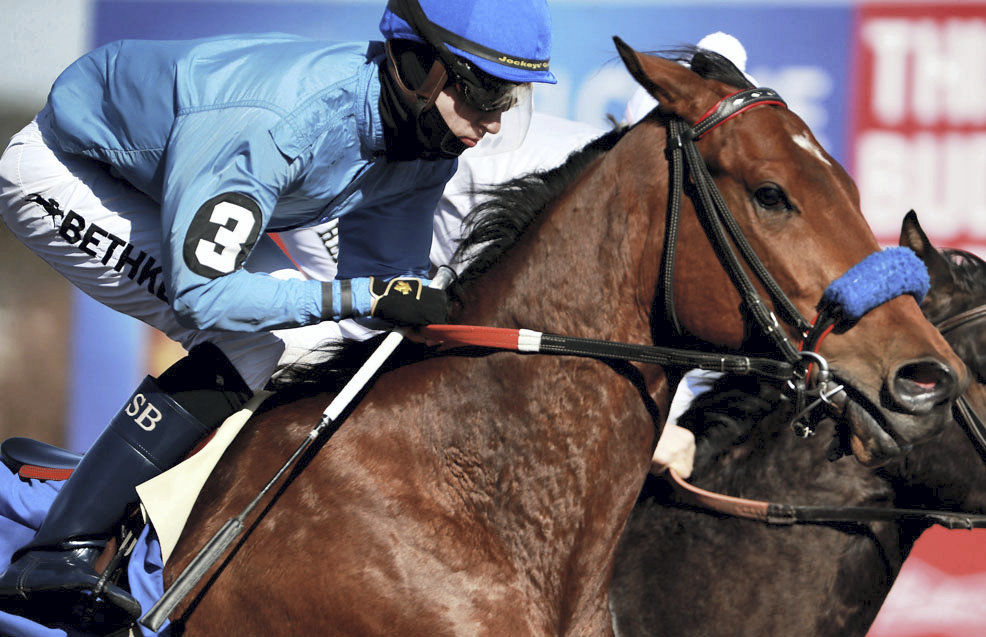 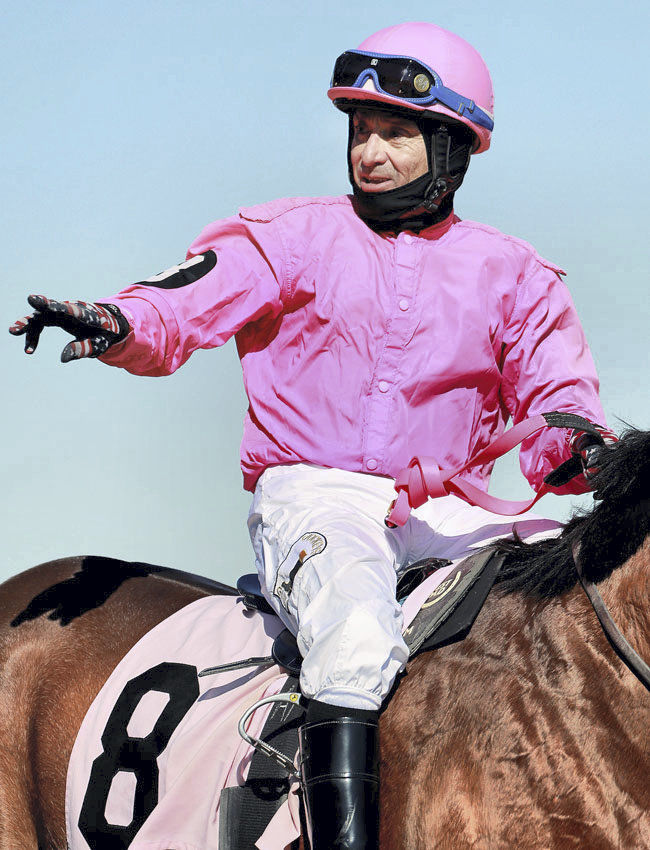 Armando Martinez approaches the victory circle after riding Name the Price to victory in the first race of the season Friday afternoon during opening day at Fonner Park in Grand Island. (Independent/Barrett Stinson)

Armando Martinez approaches the victory circle after riding Name the Price to victory in the first race of the season Friday afternoon during opening day at Fonner Park in Grand Island. (Independent/Barrett Stinson)

World Famous Sam T is back at it.

The 11-year-old California-bred son of Misty’sgoldentouch and Yo Sal won the four-furlong Grasmick Stakes in 2016, 2017 and 2018 before Smarty Party Papa sprinted to a victory a year ago.

Now trainer Troy Bethke has World Famous Sam T back in it for another run in the 53rd running of the $10,000 Grasmick Stakes Saturday on the first weekend of live racing at Fonner Park.

“He had a dismal summer last year, but now he’s looking good,” Bethke said. “You know he’s been training pretty good. He’s no spring chicken, but he’s ready to go.”

World Famous Sam T has eight wins in 15 career starts at Fonner since Bethke first brought him to the Grand Island track in 2016.

Although he’s a sprinter — he raced in a couple of two-furlong races last summer at Canterbury Park — he also stretched out to win the six-furlong Budweiser-Tondi Stakes at Fonner in 2017.

“He likes this little track and likes that half mile, so we’re going to try it,” Bethke said. “He won that race three years in a row and then was third last year. With a little luck, maybe he’ll be a winner one more time.”

World Famous Sam T has been off since Sept. 14. He only ran those two two-furlong races after he left Fonner a year ago.

“We left here and he picked up a virus and he was off most of the summer,” Bethke said. “He ran those two-furlong races and then we stopped him for the winter.”

If World Famous Sam T, 4-1 on the morning line, is going to win his fourth Grasmick, he’ll have to beat a pretty good field to do it. That field includes two entries from last year’s leading trainer Isai Gonzalez who will send Heisayankee at 10-1 and morning-line favorite Zoot Suit (5-2) to the post on Saturday.

“I haven’t seen the racing form, but it appears to be a pretty solid bunch of horses,” Bethke said. “There’s quite a bunch of them that have been running somewhere else already. So that’s an advantage for them over us where we’ve been off so long.”

Bethke is also sending Primarily Gold to the post in the Grasmick. He’s a 7-year-old gelding with 13 lifetime wins in 45 starts.

“That’s a little short for him,” Bethke said. “He usually goes a mile. He’s got some good speed going a mile. We’re just going to get him out there, get him a little prep for the next and maybe win.”

As for World Famous Sam T, his future for this year is yet to be determined.

“We’re just going to play him race by race and see,” Bethke said. “We were on the idea of maybe retiring him, but he was doing so good we just decided we’ll keep running him. He’s kind of one of those horses that that’s what he loves to do.”

Big Kitty Kitty took control early in the Fonner Feature and cruised to the win, covering the four furlongs in 46.8 seconds.

The 4-year-old daughter of Bigboy Ryan and Too Tempting who was bred in Oklahoma, outclassed the field of 10 to win the $5,000 claiming race for fillies and mares who had never won three races, by 5 ¾ lengths. Veteran jockey Curtis Kimes won his first race of the live meet as did trainer Marti Rodriguez.

% Opening day was a good one for the husband and wife team of Armando and Kelli Martinez. The jockey/trainer duo teamed up to win with Name the Price in the first race and Dreaming Type in the third. Armando also rode Smarty Party Papa to a win for trainer Steve Hall in the sixth.

% Natchez Pass, with Jake Olesiak aboard, won the fifth race for trainer Milt Gaede. The 6-year-old mare has now won five of her eight career starts at Fonner Park.