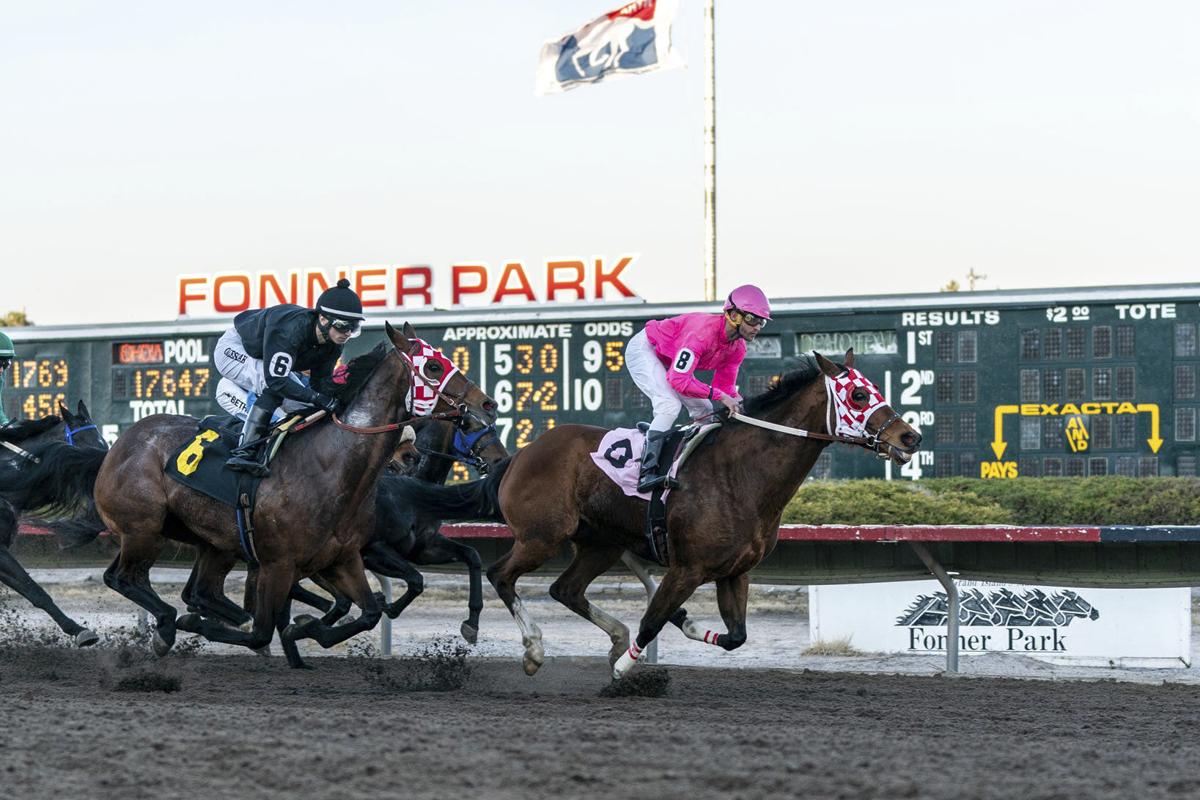 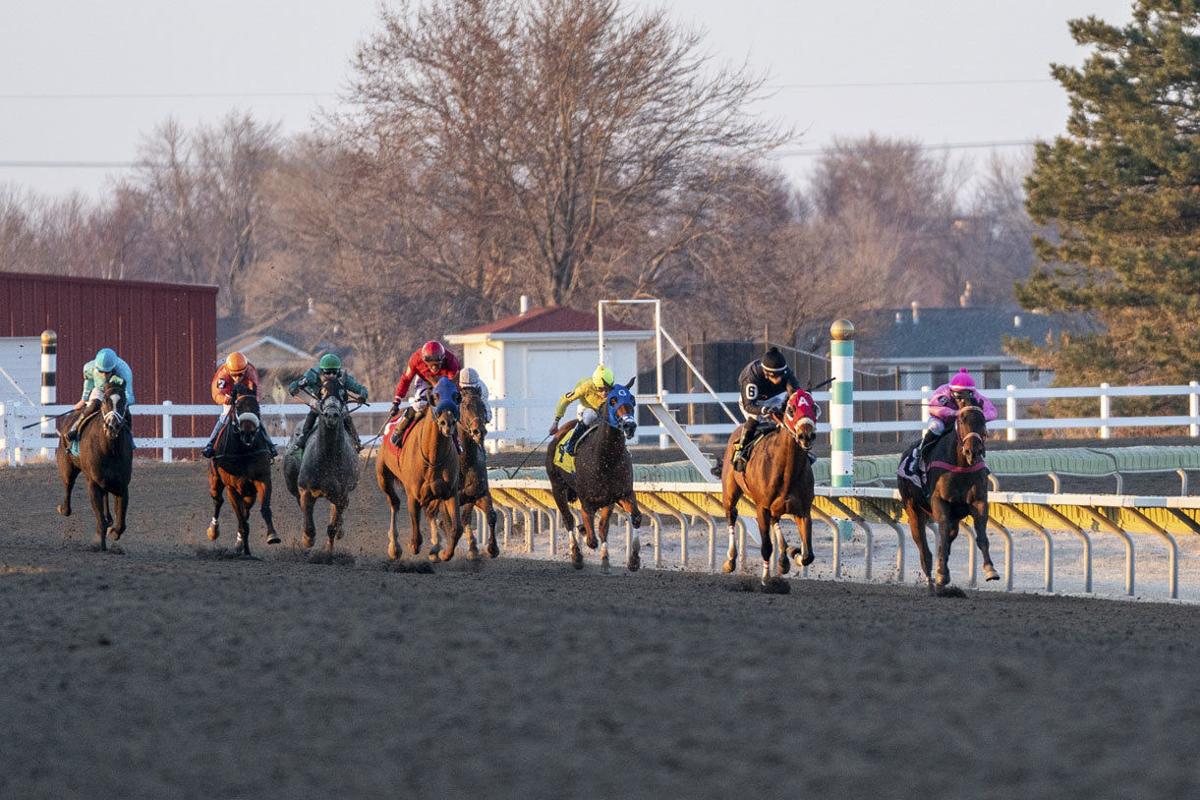 Love at Night may be the best mare racing at Fonner Park again this season.

But for the second straight race, she had to survive a rider’s claim of foul out of the gate to win a stakes race at Fonner.

It happened Feb. 29 in the Bold Accent Stakes, and then again in the $20,000 Orphan Kist Stakes, the first of two stake races Tuesday at Fonner Park.

In the end, the objection was overruled and the 7-year-old mare trained by Terrell Hemmer and owned by Thomas Thomas and Rita Hemmer was much the best, rolling to a seven-length win in the six-furlong race for Nebraska-bred fillies and mares in 1:15.

“I’ve had a triple bypass before,” Terrell Hemmer said. “Things like that kind of tell on you a little bit.”

“They bump into each other at the gate,” Hemmer said. “That happens a lot. She just outbroke that other horse. That happens. Most of the time nothing happens (with objections) leaving the gate.”

Fackler gave Love at Night the go sign heading around the final turn and she easily pulled away from Mayzee, who faded to finish sixth.

“She sure ran a nice race,” Terrell Hemmer said. “She kind of got pushed by that Mayzee horse and just put her away. That was the end of it.

“If they just had races around the turns, she’d be great — really great. She can run around those turns.”

The second stake race, the $15,000 Budweiser-Tondi Stakes, jockey Dakota Wood brought Ted W up the rail as they came down the stretch to sweep past Ourbestfriend D L and win the six-furlong race by three-quarters of a length in 1:13.60.

“You know, in fact his form is pretty classy,” Ted W trainer Salvador Arceo said. “It’s not like he hasn’t been running with some big horses, but for a 9-year-old he’s definitely been running pretty good here.”

Owner Roy Reinke claimed the 9-year-old Ontario-bred son of Niigon and Victoria Princess on Dec. 14 at Turfway Park after finishing last in a field of 11 $5,000 claimers. Arceo said he had been keeping an eye on Ted W and he didn’t like the track at Turfway and just had a bad day.

“I went to Keeneland one day I watched him run and just kind of kept my eye on him,” Arceo said. “I just kind of thought if he dropped in for a decent price I’d take him. And I guess the rest is history.

“We took him out on this track (at Fonner) a couple of times and he just really liked it.”

In his debut at Fonner on Feb. 23, he sprinted to a half-length win in a four-furlong $10,000 claiming race. On March 1, he beat six other rivals in a fix-furlong optional claiming race.

“I think that half-mile race was a little more surprising,” Arceo said. “I threw him in there just to give him a shot. He has been a pleasant surprise. Kind of a nice little claim.

“When these horses get to drop into a little easier competition and they got a big heart, that helps these horses tremendously,”

Those 46 starts aren’t all that many for a horse of that age.

“We’ve got a 9-year-old in the barn who has almost 100 races and he’s still running tough,” Arceo said. “This guy has about half of that. When these horses drop into a little easier competition and they get a big heart, that helps these horses out tremendously.”

% Trainer Jerry Gourneau earned his first win of the meet with Youngboy, ridden by Rilardo Carpio, in the first race.

% Trainer Joe Hawley also recorded his first win of the meet when Green Card won the fifth with Erik McNeil on board.

% The jockey-trainer combo of Armando and Kelli Martinez were at it again. They won the second race with Overanalyzer and the sixth with Shooters Alley.

% Shooters Alley, a 7-year-old son of Flower Alley and Tisourturn who was bred in Minnesota, became the first horse to win three races this year at Fonner Park when he won the sixth, although Ted W matched that feat later in the day.

% Fackler also rode Hardworkcleanlivin to a win in the 10th for trainer Jim Compton.

% Wood also won two races, adding a win on Hesabully for trainer Stetson Mitchell to his victory in the Budweiser-Tondi.