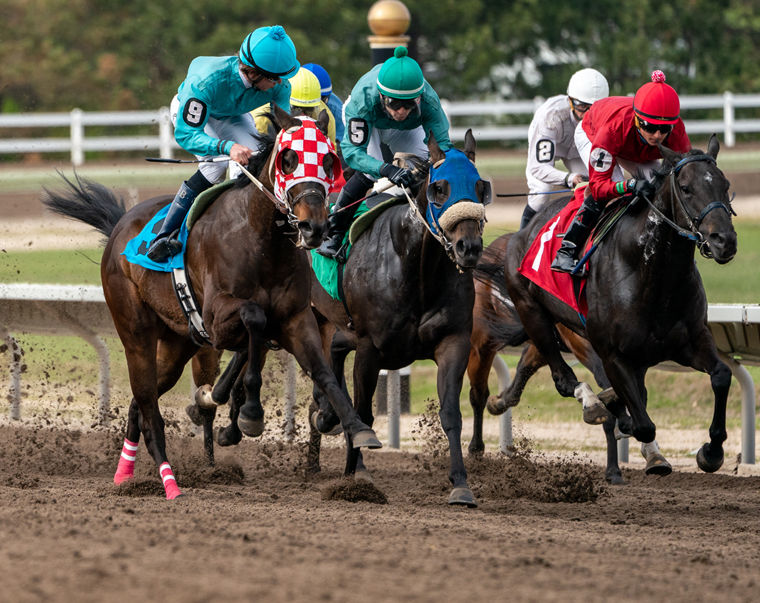 Jockey Francisco Arrieta takes Chamber Doors (1) to the lead early in a race last week at Fonner Park. Arrieta is working with jockey agent Chad Anderson. The pair will head for Canterbury Park in Shakopee, Minnesota, when the Fonner meet ends on May 27. (For the Independent/Ellis Collins). 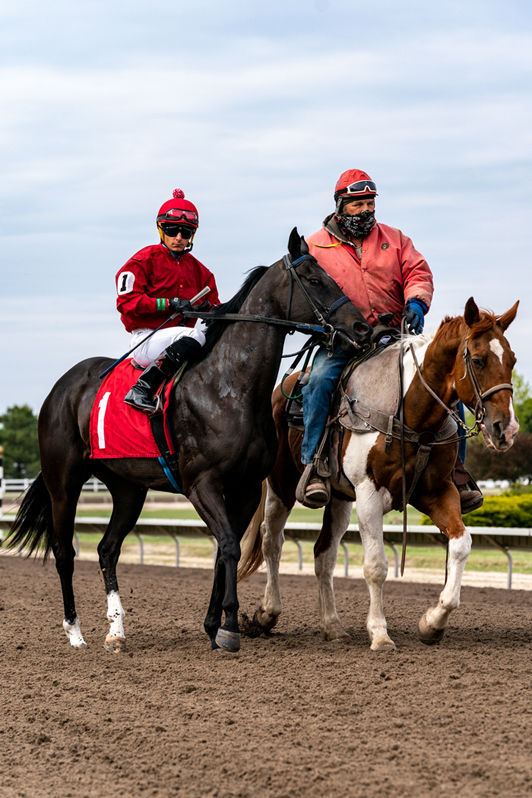 Francisco Arrieta aboard Chamber Doors before a race at Fonner Park on Tuesday, May 12. (For the Independent/Ellis Collins). 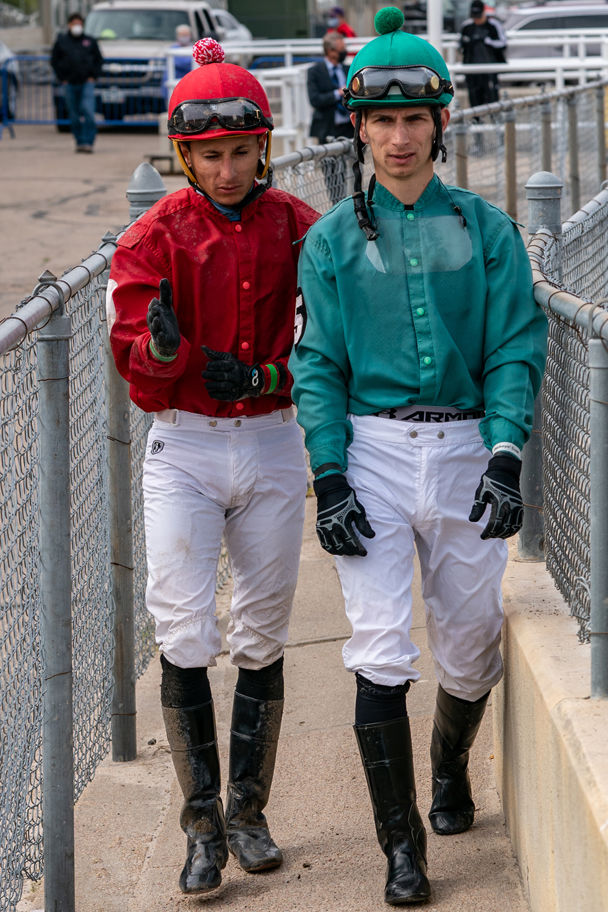 Jockey Francisco Arrieta takes Chamber Doors (1) to the lead early in a race last week at Fonner Park. Arrieta is working with jockey agent Chad Anderson. The pair will head for Canterbury Park in Shakopee, Minnesota, when the Fonner meet ends on May 27. (For the Independent/Ellis Collins).

Francisco Arrieta aboard Chamber Doors before a race at Fonner Park on Tuesday, May 12. (For the Independent/Ellis Collins).

Jockey Francisco Arrieta was coming to Grand Island to ride in the Bosselman-Gus Fonner Stakes in late April.

He was heading for Canterbury in Shakopee, Minnesota, after that where he was going to work with jockey agent Chad Anderson.

So Arrieta called Anderson and asked him what he thought about sticking around for the extended meet at Fonner Park in May.

Yes, Arrieta didn’t know it, but he was headed right into Anderson’s old stomping grounds.

There really wasn’t much of a choice for Chad, a 1991 graduate of Centura High School. He was going to be a jockey just as soon as he could.

“It was automatic,” Chad said. “I didn’t think of college or anything like that. It was just as quick as I turned 16, when can I get started?”

Anderson was still a young jockey when he won the jockey’s title at Fonner Park in 1993 with 74 wins.

“That was a good year,” Chad said. ‘We had Perry Compton and Chris Valovich and Ken Shino. Nowadays there are like 10 or 11 riders. Back then there was a lot of solid riders. A guy could really learn a lot if he wanted to. I was happy to have that. Perry Compton was as crafty as anybody I’ve ever seen.”

Chad also rode some stakes winners at Fonner Park. He rode Lady Skywalker, the daughter of Skywalker — Chad’s favorite horse when he was was growing up — to a win in the 1994 Al Swihart Memorial Stakes.

He rode Valid Leader — he calls her “my big horse” — to wins in the Swihart in 1999 and 2000. The 2000 win was particularly memorable because Valid Leader hit a goose, recovered and went on to win the race by half a length.

“That was an amazing feat for her to get back in the race,” Chad said. “It hit her right in the chest. Luckily she jumped back into the race and still won.”

Six days later, Anderson was riding Thatsusintheolbean to a win in the Budweiser-Tondi Stakes.

“He was laying last going into the first turn going three quarters and he just exploded,” Anderson recalls. “He was just cruising and won by seven or eight links.”

Anderson won 869 races in a relatively short career as a jockey that ended on Jan. 1, 2001, at Turf Paradise in Phoenix. His final race was on his favorite, Valid Leader, who broke down and didn’t finish that day.

And that was it. His favorite horse breaking down combined with trouble making weight caused Anderson to go into an early retirement from riding when he was still in his late 20’s.

“I was just having a hard time with my weight,” Anderson said. “My big horse, Valid Leader, broke down that day and I was just kind of done after that.”

His jockey career may have been over, but his career in horse racing was really just beginning.

He worked as a valet at Canterbury for a couple of years, then became a jockey’s agent. That’s what he’s been doing since then at Canterbury and Turf Paradise.

Eventually, he found his way back to Fonner Park with Arrieta. It looks like the two will make a good pair.

So far at Fonner Park, Arrieta has eight wins with seven seconds and 11 thirds in 38 races. He’s been in the money 68% of the time which is the best percentage in the entire jockey colony.

Arrieta was also the leading rider at Canterbury a year ago.

And at Zia Park in Hobbs, New Mexico.

“He’s a really good rider,” Anderson said. “He is one of those without that prima donna attitude, better than everybody because he’s been at bigger tracks. He’s been trying hard for every trainer and doing the best he can. That’s a sign of somebody who is going to have good longevity.”