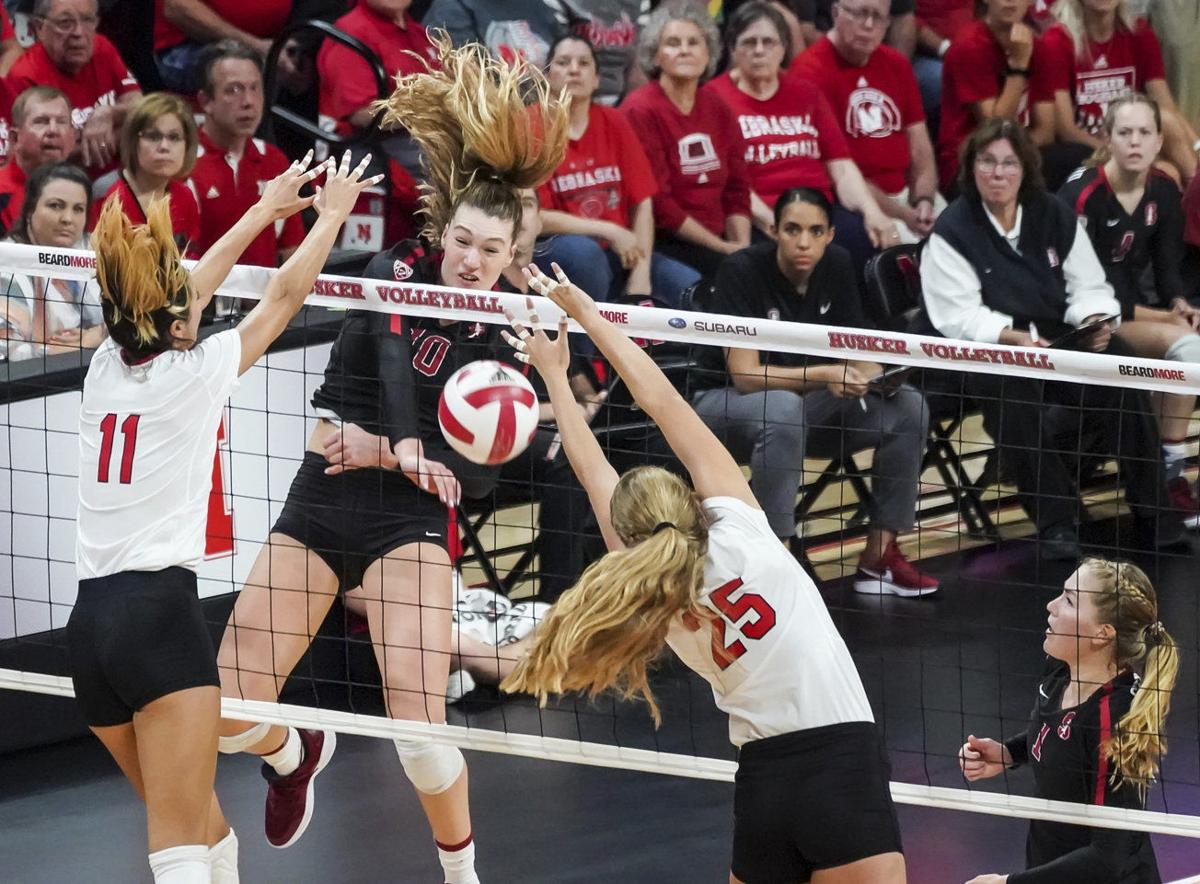 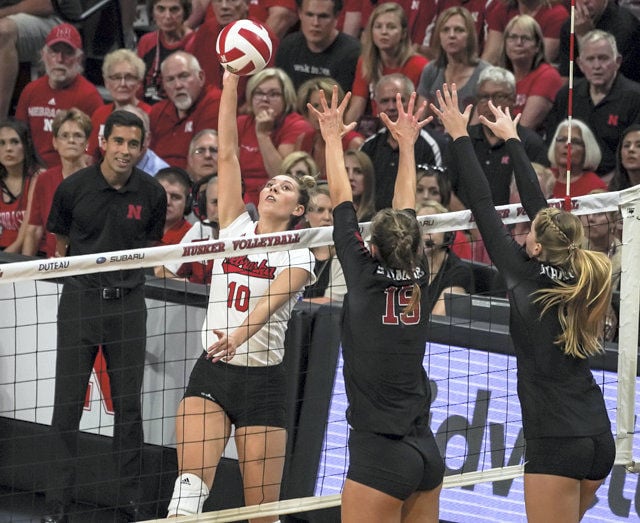 Nebraska's Madi Kubik goes up for a spike against Stanford Wednesday night in Lincoln. 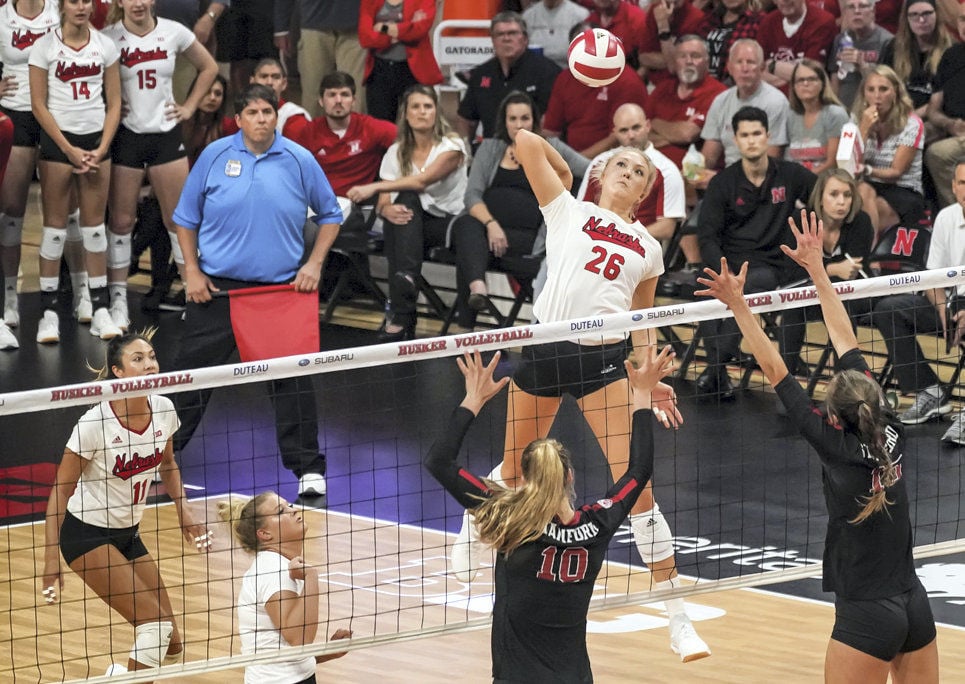 Nebraska's Lauren Stivrins, shown here in a match earlier this season, took control of the Huskers after a loss in the fourth set and Nebraska rebounded to down Minnesota in the fifth.

Nebraska's Madi Kubik goes up for a spike against Stanford Wednesday night in Lincoln.

Nebraska's Lauren Stivrins, shown here in a match earlier this season, took control of the Huskers after a loss in the fourth set and Nebraska rebounded to down Minnesota in the fifth.

LINCOLN — Stanford may have been ranked No. 2 heading into its match against No. 1 Nebraska Wednesday night at the Devaney Center, but the Cardinal was anything but an underdog.

Two-time player of the year Kathryn Plummer led Stanford (6-1) with 19 kills while Kendall Kipp had 11 and Madeleine Gates 10.

“I think the biggest difference is Stanford plays consistent at a high level,” Nebraska coach John Cook said. “They don’t give you anything and we’re not there yet. We showed glimpses of really good volleyball. We did some good things. This was probably the best we played all year. We didn’t get the result we wanted, but Stanford is really good.”

“I loved how Madi competed,” Cook said. “She was aggressive. She ended up making a lot of errors, but I thought she played her best match. I loved how she served and she was taking big swings tonight — really big swings. That’s a really big breakthrough for her I think. I think she’ll gain a lot of confidence from tonight.”

Kubik said it was a great match to play in as a freshman.

“It was super fun,” Kubik said. “Coach talked about how in our huddles it looked like we were playing for each other and I think you could feel that on the court. We were trusting each other.”

“I think she did great,” Hames said. “She was taking great swings. This was the Madi we’ve seen in practice and she really went after it tonight. I thought it was awesome. We kind of went into it like we need to be fearless. I thought she did that tonight and it really showed.”

The Huskers were blitzed early in the first set. They fell behind 6-2 forcing Cook to use his first timeout. He used his second with Stanford leading 16-10.

But Nebraska battled back into it behind a big serving run by Megan Miller. That forced Stanford to use its first timeout with an 18-14 lead.

The Cardinal went to Plummer down the stretch. She had three kills in the final five points to help Stanford pull out the set.

The Huskers had to hang on to win the second set. They led 22-19 at one point, but a couple of hitting errors by Kubik helped Stanford tie it at 22.

But a net violation on the Cardinal gave Nebraska a 23-22 lead. A hitting error by Plummer that went outside the antenna put the Huskers on set point, and a bad set by Stanford hit the antenna to end the second set.

The Cardinal dominated the third set, outhitting the Huskers .258 to .000.

Stanford took complete control of the fourth set. Morgan Hentz went to the service line with a 12-9 lead.

She served three straight points and Cook called a timeout. She served two more and he called another.

The Cardinal had a 19-9 lead with a serving error ended the run.

Stanford had seven aces serves and 14 service errors for the match, but coach Kevin Hambly said he doesn’t worry so much about those errors.

Although the Huskers lost the match, Hames said it will pay off for them later in the season.