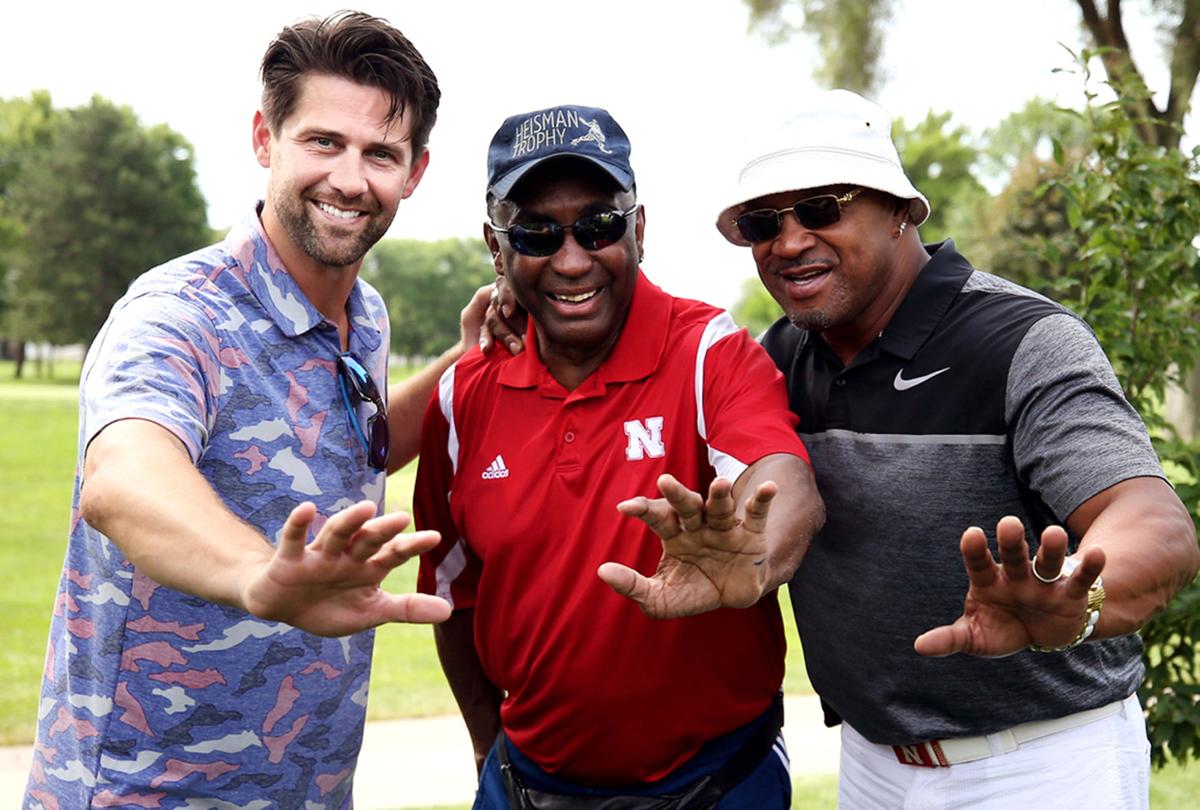 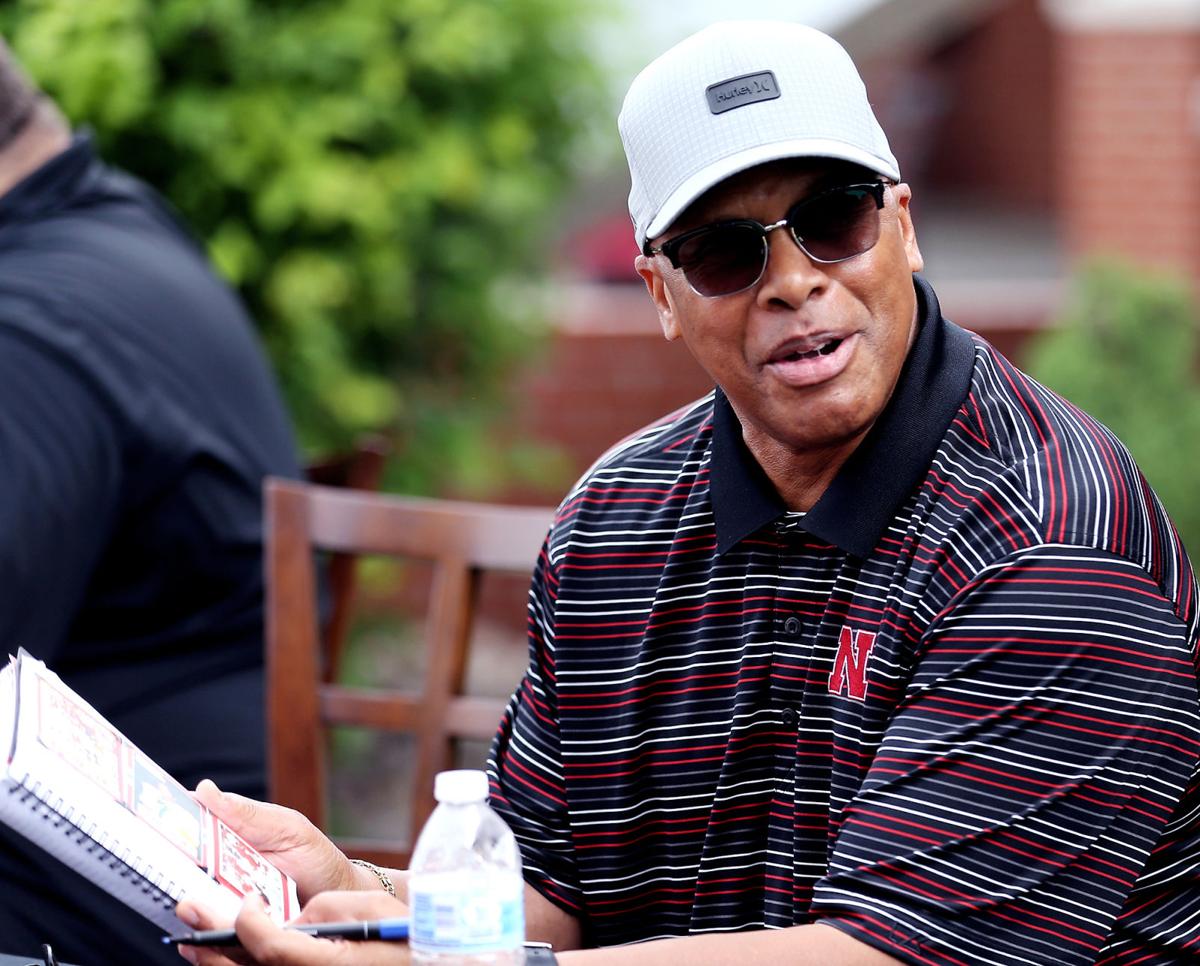 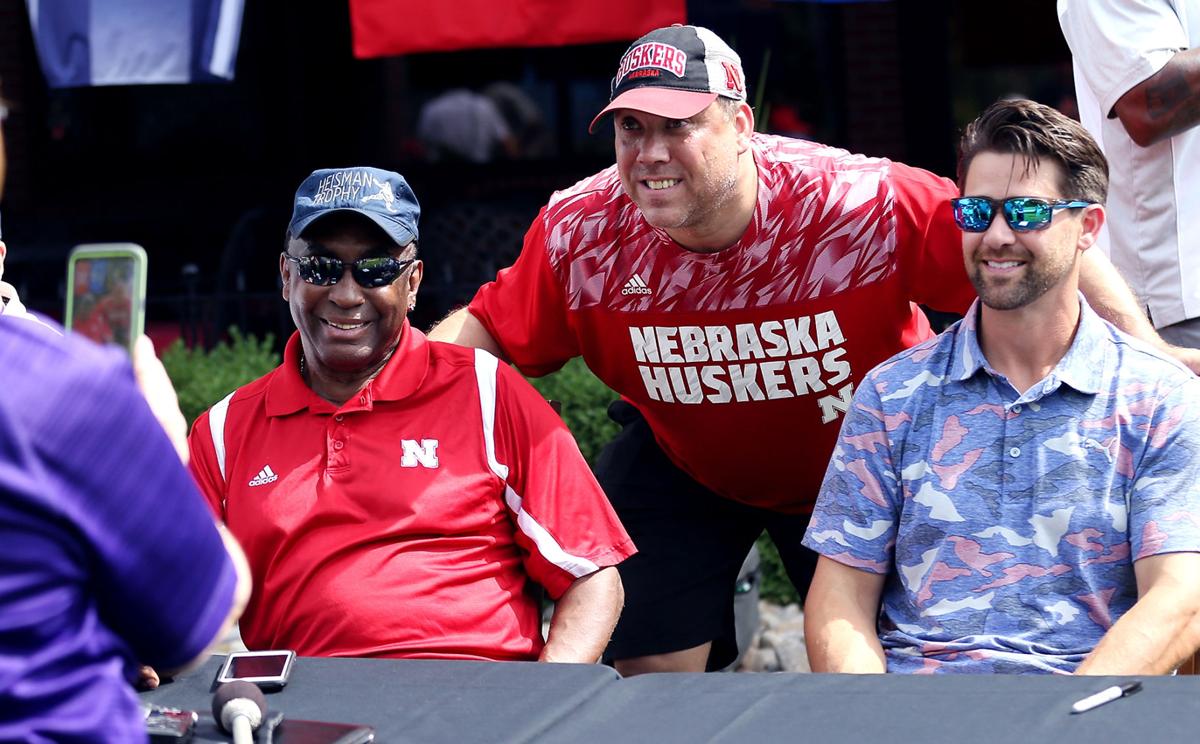 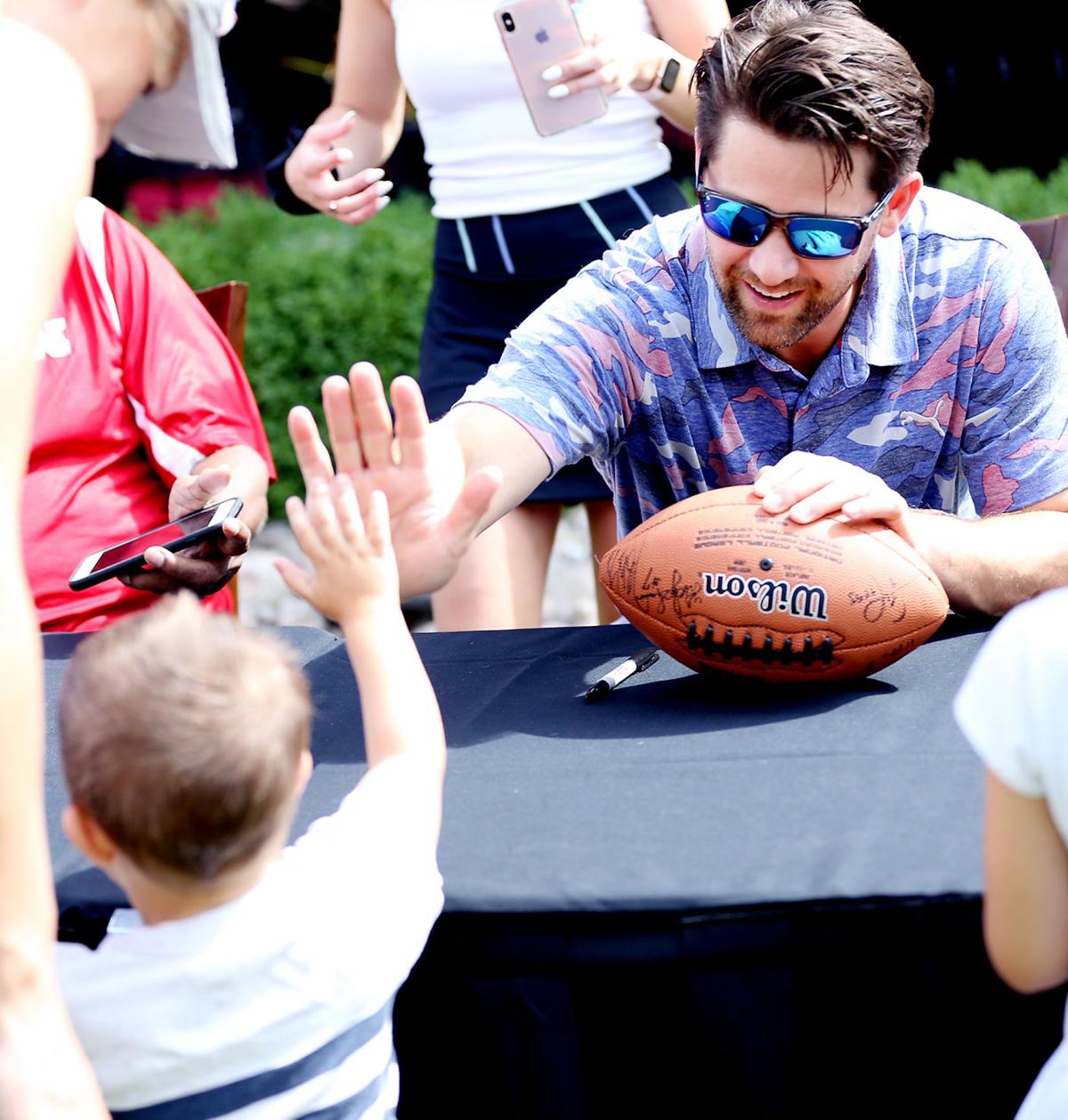 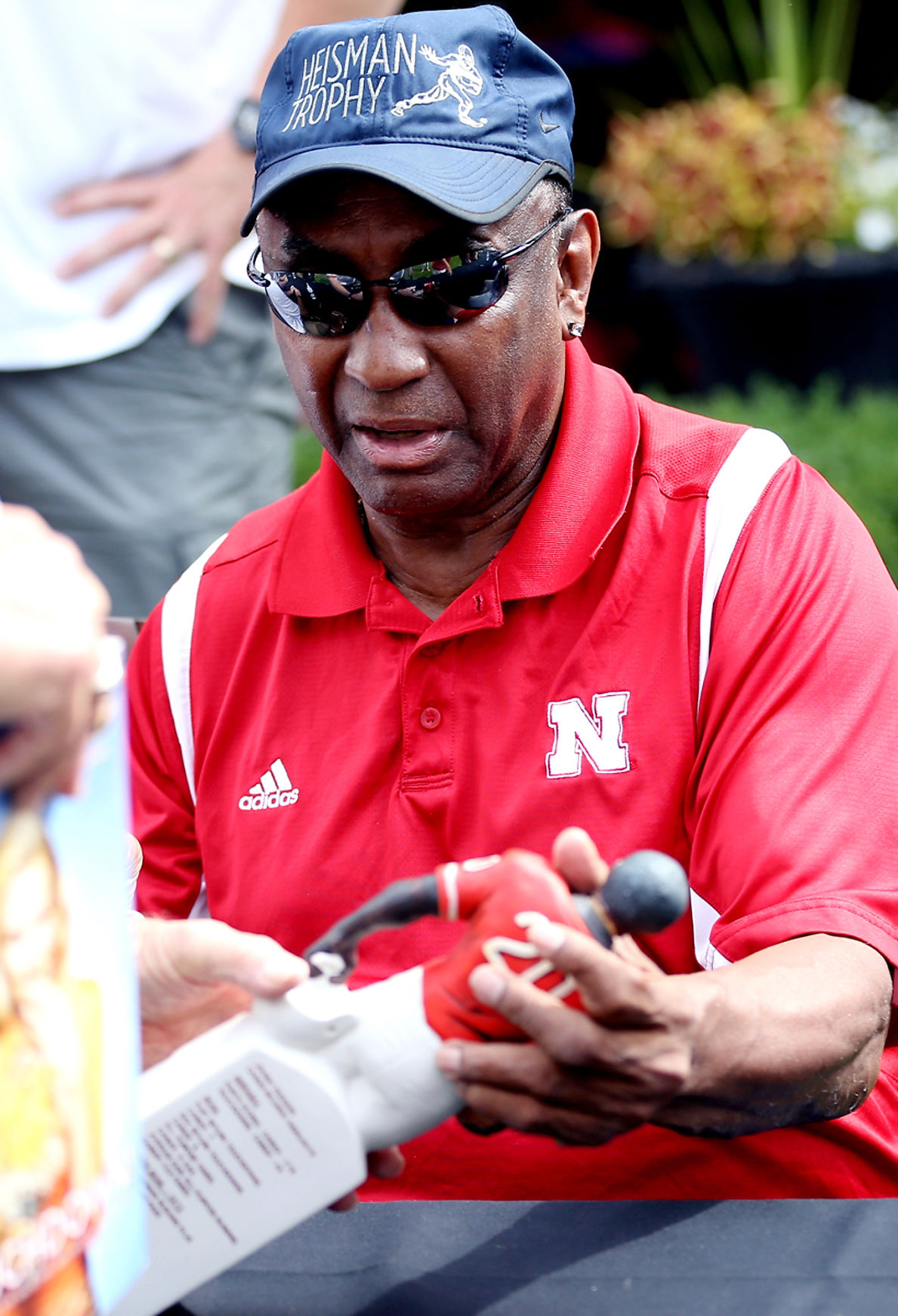 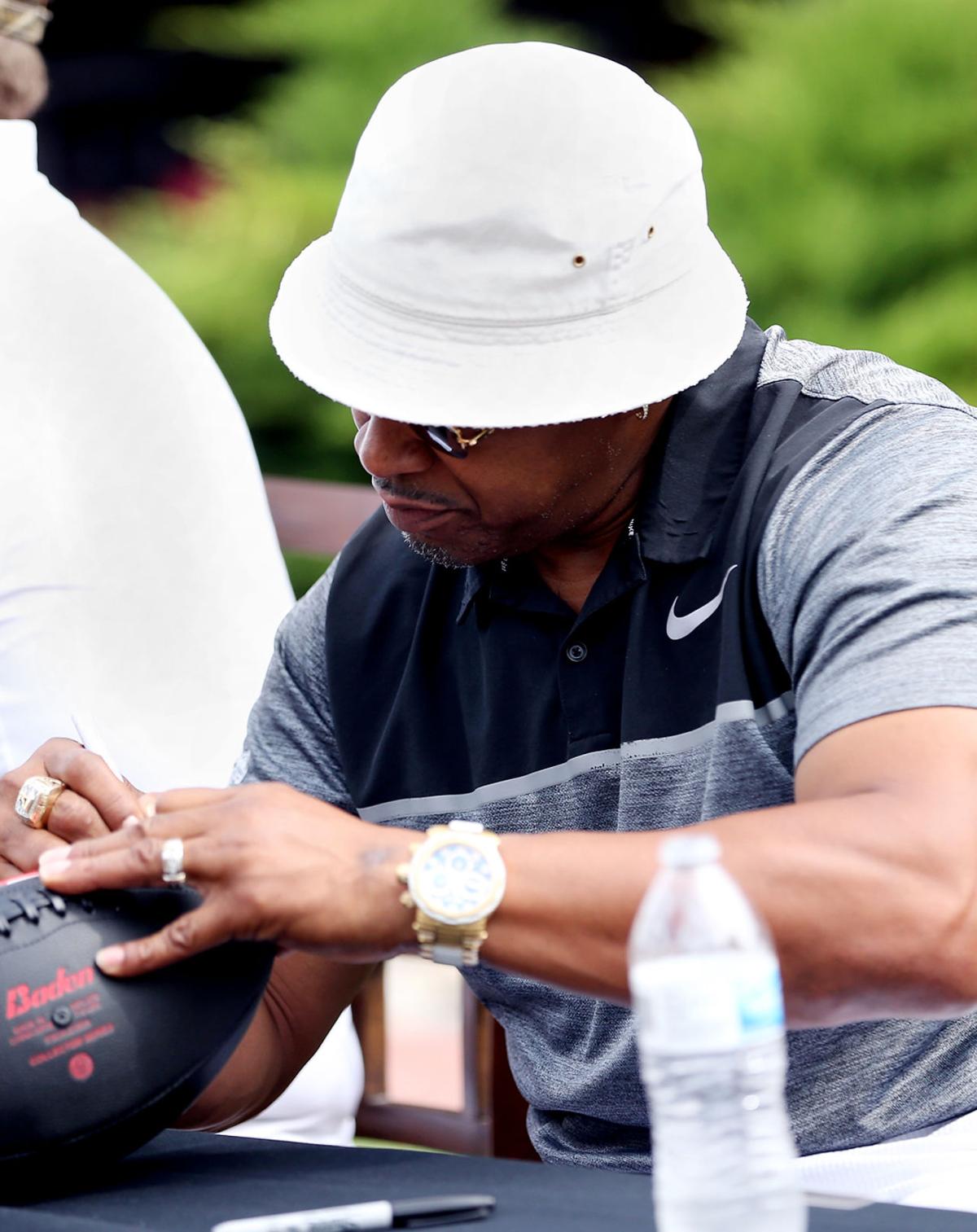 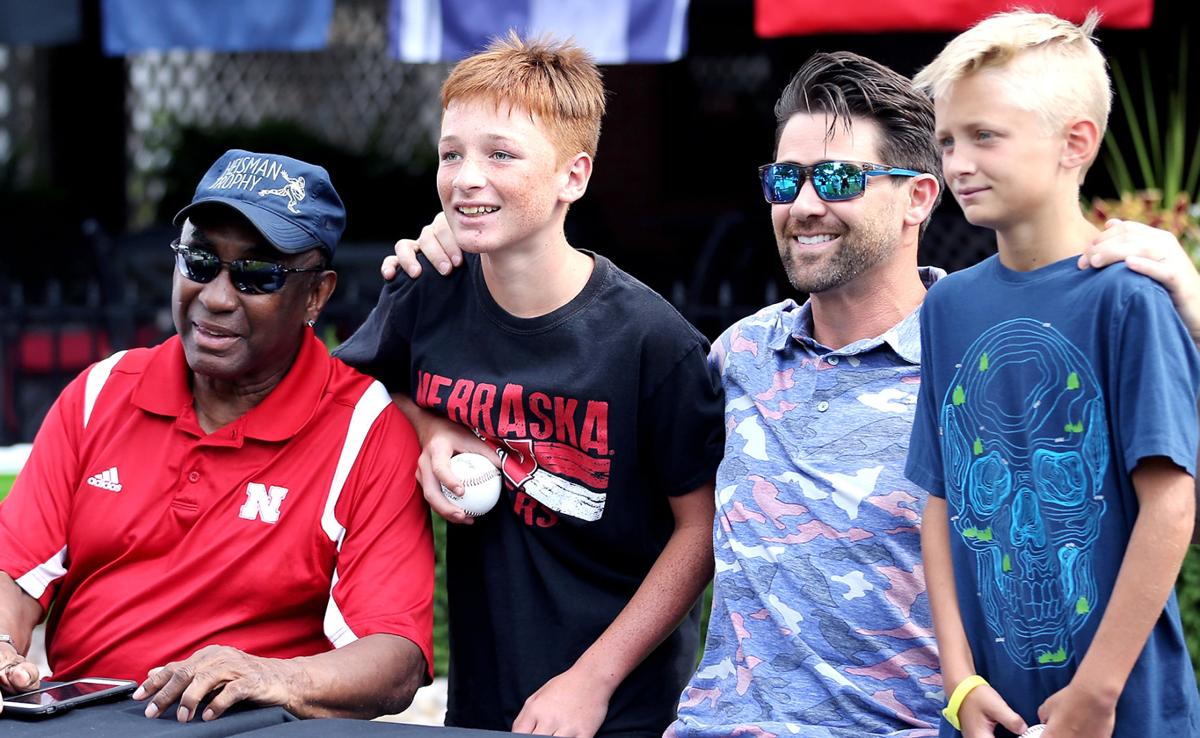 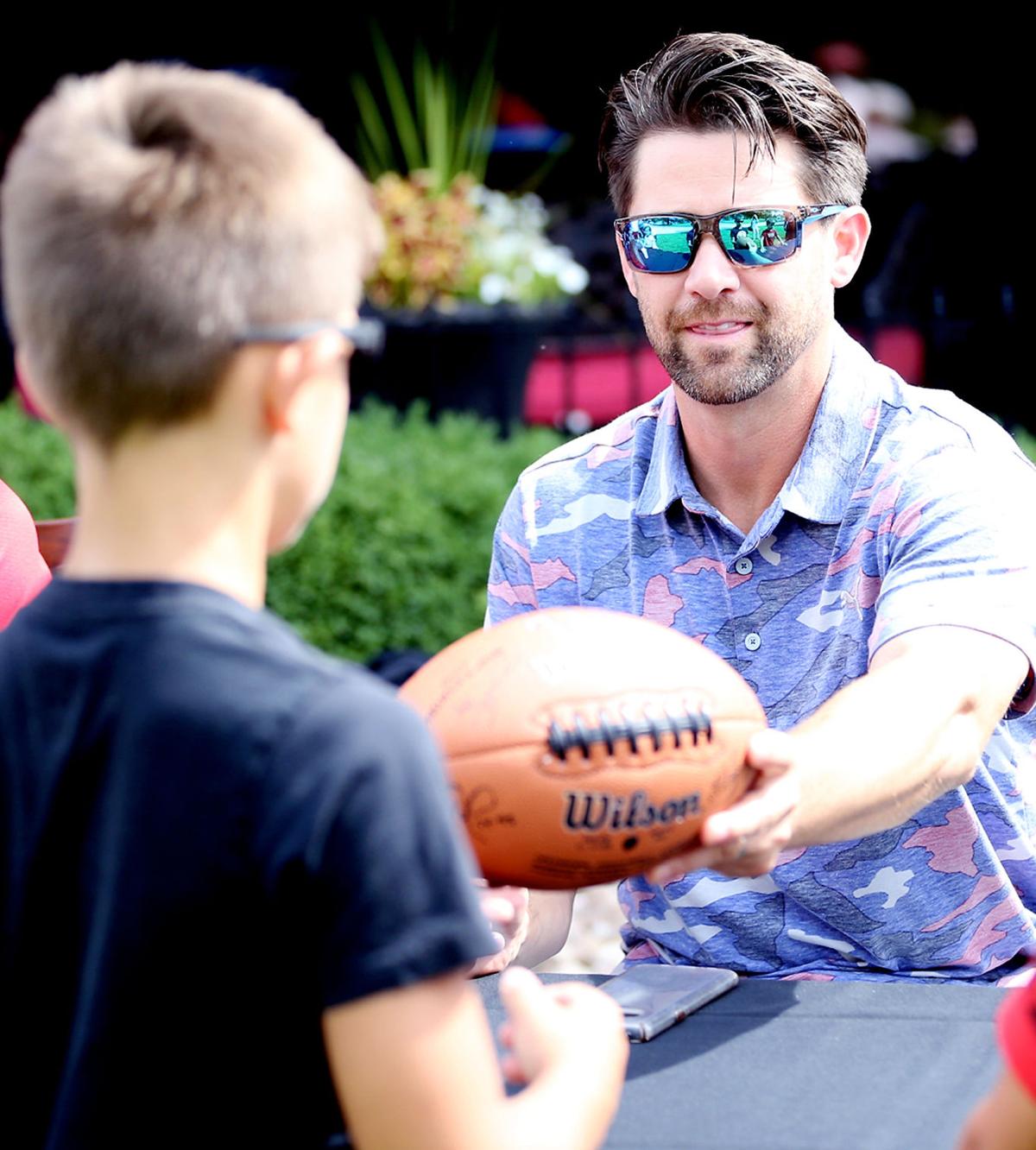 And there were some good ones from Nebraska’s three Heisman Trophy winners.

Rozier, who won the Heisman in 1983, told about how he took a Greyhound bus from his home in New Jersey to play football at a junior college in Coffeyville, Kansas. He also told about his Coffeyville teammates taking the kid from New Jersey cow tipping.

Crouch, who won the Heisman in 2001, recalled the game against California when he matched a mark set by Rodgers by passing, running and catching a touchdown all in the same game.

“To be honest, I remember that game against California, the next day my picture was next to Johnny Rodgers in the paper,” Crouch said. “Honestly, I didn’t know what to think about that. It was putting me up on a very high pedestal, early, like the first or second game of my sophomore year.”

He had no interest in Nebraska at the time because he wanted to go to USC, a school that produced Heisman Trophy winners like Mike Garrett and O.J. Simpson — who made $100,000 a year.

But Nebraska coach Bob Devaney told him if he came to Nebraska he could play both baseball and football for four years, and then he could make $100,000.

Later in his career, Devaney told Rodgers if he gave up baseball and concentrated on football, the university would promote him for the Heisman, so that’s what he did.

After winning the Heisman, he was drafted by the San Diego Chargers who offered him $50,000 a year for three years. He wanted more.

So he went up to Montreal to check out the CFL team there, and recalled a conversation with a Montreal official.

The Heisman Trophy winners signed autographs early Friday morning. That led into the golf portion of the day which began at 12:30 p.m. with a shotgun start.

It was all part of a fundraising effort by the Nebraska Greats Foundation, an organization founded by former Husker linebacker Jerry Murtaugh to help former college athletes in need from any one of 15 colleges in the state.

“I’m thrilled,” Murtaugh said of the turnout for Friday’s event. “You know every (charity) needs money. All the foundations are great. We’re just unique in what we do. We help our own athletes. Where does it start? In the state of Nebraska because we back our athletes in every sport. It’s something I’m so proud of.”

“This is Grand Island, Nebraska,” Murtaugh said. “They get involved. They love Nebraska athletics. This is what it’s about. Everybody pitches in, everybody helps.”

Murtaugh said it wasn’t hard to get the Heisman winners to participate in the event. All he had to do was ask.

“These guys have been with me from the beginning,” Murtaugh said. “When I call, they say, ‘Murt, whatever you want.’ All three Heisman winners. These are very busy individuals. They have jobs, they go all over the country speaking, they give it all up for the Nebraska Greats Foundation.

“...And like I say, everybody always thinks it’s for Nebraska, Creighton, UNO. Oh no. There are 15 schools involved throughout this state and we want to help former athletes from any of these schools with their medical and emergency needs. That’s what we do.”

Murtaugh said the Nebraska Greats Foundation has taken off in the past year or so.

There were plenty of laughs Friday night. Rozier was asked about beating Minnesota 83-13 in 1983. He said he was on the bench in the second quarter. It was the third and fourth stringers doing all the scoring.

Rodgers said the Gophers were so bad then he scored a touchdown running backwards on a punt return.

“The press came in after the game and they were livid,” Rodgers said. “They asked coach Devaney, ‘What are you going to do about this hot dog guy that has the audacity to run touchdowns backwards?” Rodgers said. “Coach Devaney said he can run them any kind of a way he wants to.”