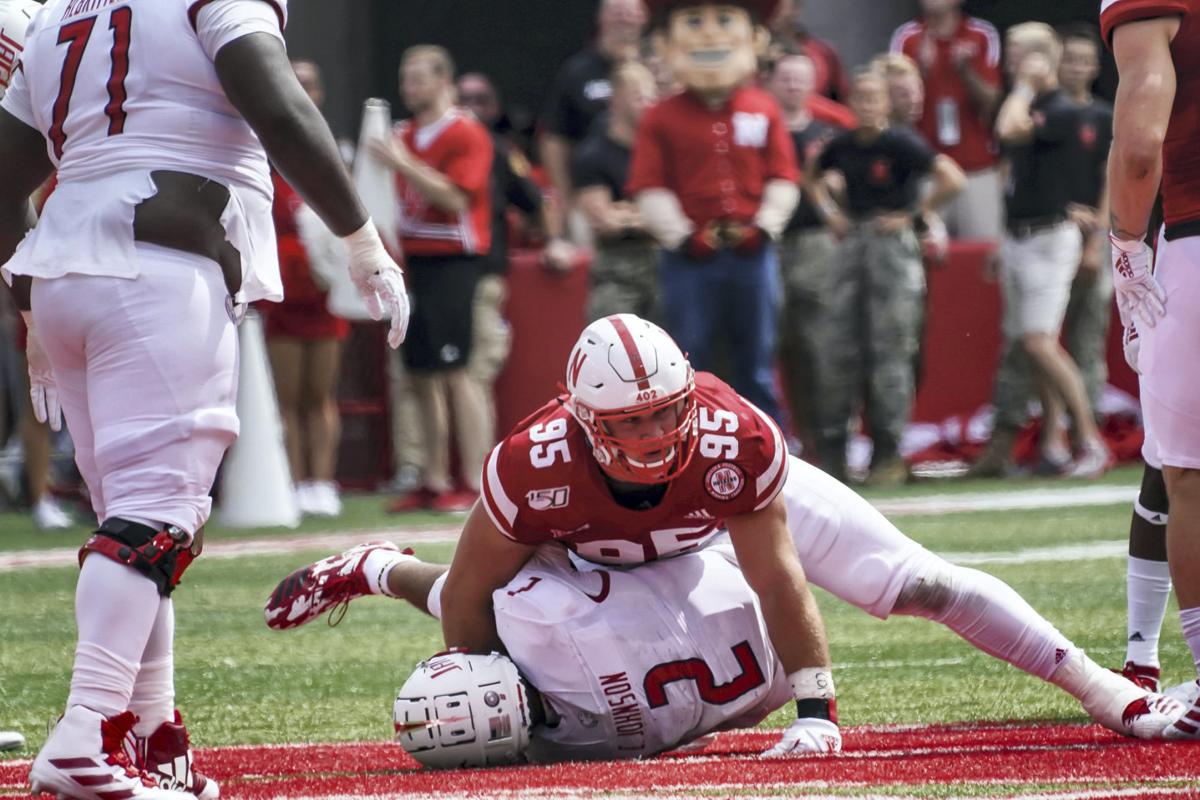 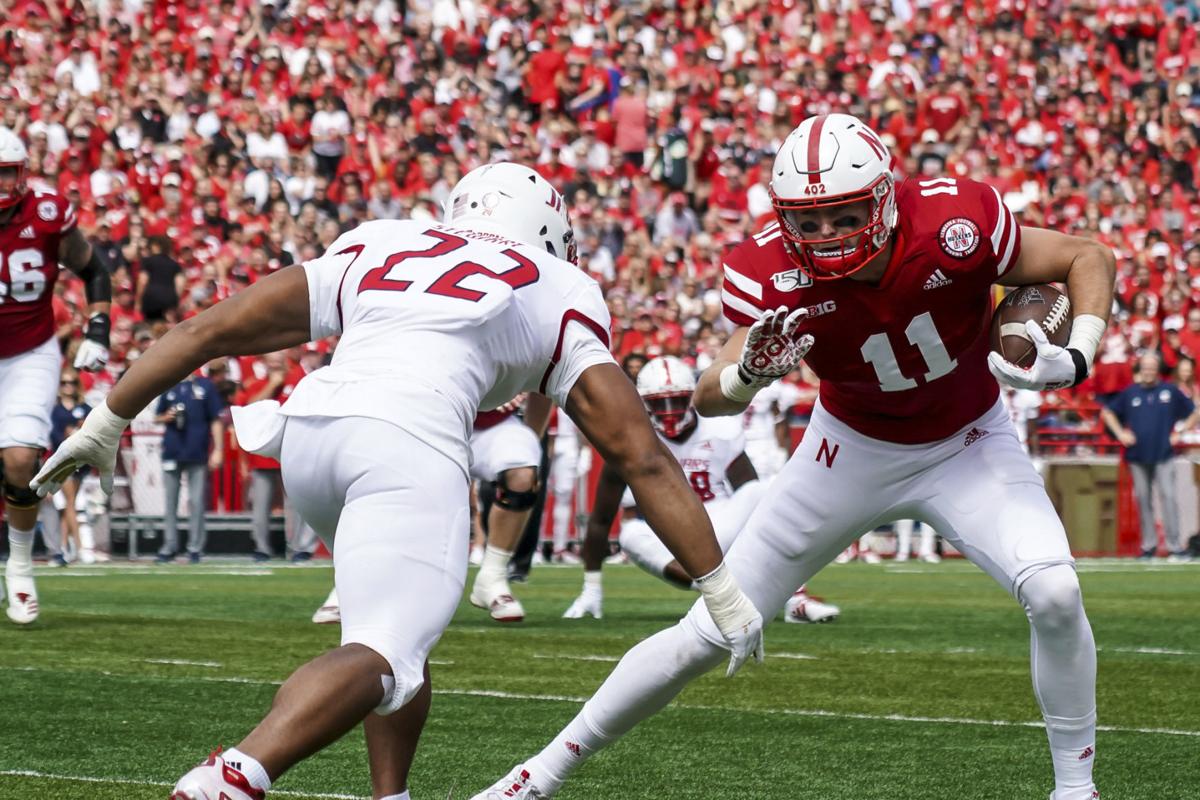 LINCOLN — Nebraska returned to the Associated Press Top 25 with No. 24 ranking in this year’s preseason poll. Whether or not the Cornhuskers deserve to retain that spot was debatable following a 35-21 victory over 36.5-point underdog South Alabama on Saturday at Memorial Stadium.

After posting a 4-8 record in 2018 during Scott Frost’s first season as Nebraska’s head coach, the former Huskers’ quarterback admitted that he wasn’t sure how his team would respond. Not only did NU return to the Top 25, but it became a trendy media pick to win the Big Ten’s West Division.

“There’s a lot of buzz around us, we’re ranked in the top 25 — we certainly didn’t look like that type of team today — but I know we can be, based on what I’ve seen in practice,” Frost said. “I didn’t know if we’d be a little overconfident or not confident enough.

“I don’t really think any of that was the issue. I just don’t think we executed very well for whatever reason and we’ll get it figured out.”

The Huskers (1-0) won despite being outgained 314-276 in total yards. The Jaguars also had more first downs (19-15) and enjoyed a 34:13-25:47 advantage in time of possession — a result of Nebraska’s offensive struggles coupled with two NU defensive touchdowns and a punt return score.

“That’s as anemic of an offensive effort that I’ve been a part of for a long time — that’s not the offense that I’ve been seeing all of fall camp,” Frost said. “So we’ve got to go back to the drawing board and see what happened today, but I give a ton of credit to (South Alabama) and their coaching staff.”

Nebraska was saved by its defense, which created five turnovers (three interceptions and two fumble recoveries). Senior defensive back Eric Lee had a 38-yard interception return for a TD with 13:11 left in the third quarter to give the Huskers a 21-7 lead and defensive back Cam Taylor’s vicious hit on South Alabama quarterback Cephus Johnson resulted in a fumble that was recovered by linebacker Alex Davis for a TD, giving NU a 14-point cushion with 14:53 remaining.

“(A) disappointing loss when you have more total yards, more first downs (and) I think our third-down efficiency was a little bit better than them,” South Alabama coach Steve Campbell said. “To come up short, that tells you what a big stack of turnovers (we had). You can look at explosives all you want to, but still it was a game of turnovers and (Nebraska) did a great job creating them and capitalizing on them.”

Johnson finished 19 of 34 passing for 231 yards and two TDs, but was intercepted twice. Nebraska limited the Jaguars (0-1) to 83 net yards on the ground.

“They gave up a couple of drives, but the defense won the game for us,” Frost said. “The defense that I’ve been seeing all of fall camp showed up today, got us the ball back, got us some turnovers, scored on defense and scored on special teams.”

Frost said he liked the way Nebraska’s defense “ran to the ball and hit.”

“I saw a lot of hats to the ball (and) I saw a lot of different guys doing that,” Frost said. “The were a lot more ball aware and ball disruptive today, getting hands on balls and creating turnovers.”

The other bright spot for Nebraska was a 76-yard punt return for a TD by JD Spielman that put the Huskers ahead 28-7 with 11:32 left in the third quarter.

NU struggled mightily in its efforts to establish a consistent ground attack, rushing for 98 yards on 44 attempts (2.2 yards per carry). Dedrick Mills led the Huskers with 44 yards and two TDs on 15 attempts.

Without seeing game film, Frost said he wasn’t sure exactly what Nebraska’s offensive issues were. He said he felt good about the game plan going in.

“The one thing I want to go back and look at is if we had too much,” Frost said. “But we’ve got a lot of veterans on the offense and you wouldn’t think it would affect them. We actually went into the game with fewer plays than we went into a bunch of games the second half of last year with.”

Frost said South Alabama had success using a single-high safety on defense and getting extra people near the line of scrimmage, making it difficult to run.

“But we’ve got to run the ball better than that,” Frost said. “I thought we made some bad decisions with the ball. We were in bad second-down situations a lot — makes it hard to call a game when you’re not having success on first down.

“Again, I’ve been extremely excited with the way the offense has played in fall camp. So hopefully, this isn’t indicative of what we’re going to get, but I think the guys are going to be hungry to come back and practice.”

Nebraska quarterback Adrian Martinez completed 13 of 22 pass attempts for 178 yards and was intercepted once. The sophomore rushed 13 times for just 6 yards and appeared out of sync at times as he frequently had to field errant shotgun snaps from center Cam Jurgens.

“I’m not worried about Adrian because I know how he can play and who he is, but I don’t think he had his best game,” Frost said. “If that’s our fault for putting him in bad situations, we’ll get it fixed. I didn’t think he was quite as clean and decisive as I usually see him and when he takes off, I want to see him go because I know what kind of runner he is.”

Nebraska regained the services of running back Maurice Washington in the second half and he provided some spark. The sophomore, whose status entering the game was unclear due to pending legal issues in his home state of California, carried six times for 39 yards.

Frost said the decision was made late in the week by the coaching staff and NU administration that Washington would serve a half-game suspension in additional to internal punishment and discipline.

“We won’t consider any additional discipline for him until the matter is completely adjudicated, so the plan was to sit him in the first half and play him in the second,” Frost said of Washington. “He’ll play going forward and I won’t have any other comments about it until it’s adjudicated.”