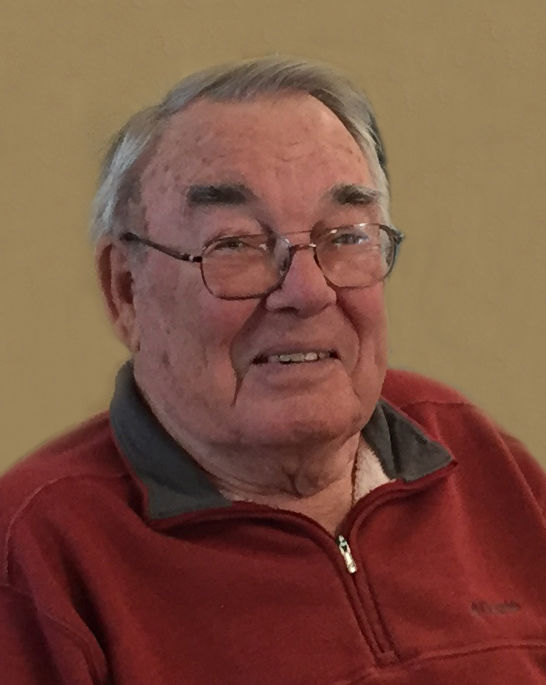 Memorial service and celebration of Gene’s life will be at 11 a.m. Friday at All Faiths Funeral Home. Family burial of ashes will be in Westlawn Memorial Park Cemetery.

Visitation will be from 5 to 7 p.m. Thursday at the funeral home.

Gene was born Jan. 5, 1938, in Grand Island, the son of Joseph and Berniece (Jensen) Scarborough. He lived in many places all over Nebraska while growing up, but graduated from Grand Island Senior High, class of 1955.

For 22 years, Gene was with the City of Grand Island Fire Department, attaining the rank of Captain and retiring as Fire Marshal. He then worked for the Hall County Regional Airport as Fire Control and Maintenance, before going to work for the Hall County Highway Department as Assistant Building Inspector and Traffic Sign Supervisor for 28 years.

He and Carmella had made numerous trips to Branson, Mo., meeting entertainers and wonderful people and loving every minute of it. Gene enjoyed old westerns, played a mean game of pitch and was a “coffeeholic.” He loved the sunshine and was known to “bake in the sun.”

He was preceded in death by his parents and an infant sister, Connie DeVee.

The family would like to extend their sincere appreciation to the staff and residents of Edgewood Vista for the care and friendship that was offered to Gene.

The family suggests memorials be designated to Edgewood Vista.

Memorial services will be at 11 a.m. Saturday at the Glen Elder Christian Church.

Cremation has taken place and there will be no visitation. Memorials may be given to the church. Roberts Family Funeral Services in Beloit is in charge of arrangements.

Dona was born Dec. 13, 1931, at home near Merna to George W. and Pauline (Shirkey) Meyer, the youngest of eight children.

She spent her childhood on farms outside of Broken Bow and graduated from Broken Bow High School in 1950. She was very proud of that, since she was the only one in her family to graduate high school. She worked for different families in Broken Bow to help support her staying in town to attend school.

Dona married Billie R. Allen on June 17, 1951, in Broken Bow. Three children were born to this union: Betty, who died in infancy, Connie and Linda. They lived in Dunning and Alda. Billie Allen passed away on Jan. 1, 1986.

Dona enjoyed going to the Senior Center and playing cards with family and friends.

Condolences may be left at www.robertsfamilyfs.com. 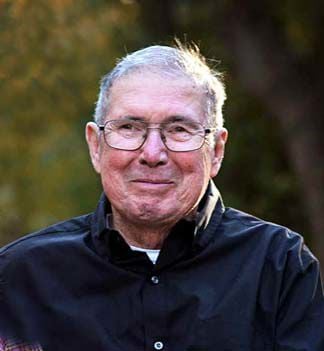 A Celebration of Life will be at 11 a.m. on Friday at the First United Methodist Church in Ord. The Rev. Stefanie Hayes will officiate. Private inurnment will be in the Ord City Cemetery.

In lieu of flowers, memorials are suggested to the family or Start Over Rover (the animal shelter in Hastings where Dick got his dog, Maggie). Ord Memorial Chapel is in charge of arrangements.

Richard Roy was born June 10, 1941, at Lincoln to Roy and Veda Mae (Standley) Miles. He was raised on a farm near Douglas and graduated from Douglas High School.

Dick married Maureen Tibbetts and to this union two sons were born, Todd and Colin.

On Nov. 25, 1977, he was united in marriage to Nola Nelson. The couple had two sons, Timothy and Christopher.

Dick lived in Lincoln and worked at Western Gun, which became Pacific Tool, and later moved to Grand Island. He worked for Ag Services in Doniphan until his retirement.

Dick and Nola moved to Ord and he worked at Cargill and part time at Alco. In 2015, the couple returned to Grand Island.

Survivors include his wife, Nola of Grand Island; four sons and daughters-in-law, Todd and Kim of Lawrence, Kan., Colin and Tara of Lincoln, Timothy and Jessica and Christopher and Siona, all of Grand Island; nine grandchildren, Penny, Sam, Cyrus, Willa, Jada, Kamree, Kalan, Cali and Carissa; a great-grandchild; and two sisters, Margaret Johnson of York and Kathie Hughson of Michigan.

He was preceded in death by his parents. 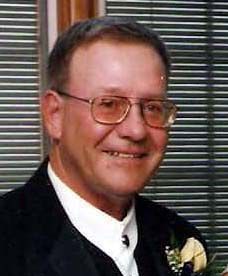 CEDAR RAPIDS — James “Jim” L. Cox, 75, of Cedar Rapids passed away surrounded by his family on Sunday, Sept. 8, 2019, at the Bryan Medical Center East in Lincoln.

Visitation will be from 5 to 7 p.m. Wednesday at the church, with a prayer service at 7.

In lieu of flowers, memorials are suggested to the Dan Cox American Legion Post 44 and the Cedar Rapids Fire and Rescue Unit.

Levander Funeral Home in Cedar Rapids is in charge of arrangements. Condolences may be sent to the family at: www.levanderfuneralhome.com.

Jim was born Nov. 29, 1943, in Cedar Rapids to Marjorie (Robinson) and Maurice Cox and baptized April 16, 1950, at the United Methodist Church of Cedar Rapids. Jim graduated from Cedar Rapids High School in 1961. He attended the University of Nebraska-Lincoln after high school and had several jobs in between. Jim felt the calling to serve his country and joined the Army National Guard in 1965. After joining the National Guard, Jim served in the Vietnam War from 1968 to 1969. Following his service for his country, Jim returned to finish his education at University of Nebraska-Lincoln and graduated with a degree in agriculture in 1971.

Jim married his wife, Susan Bethscheider, on July 27, 1972. They built many memories together for the next 47 years. Together they had two children, Carroll and Kelly. Jim wore many hats and dabbled in everything from horse trading to banking. In 1972, he began working at the Cedar Rapids State Bank and served as the vice president in 1983. Jim was co-owner of the Cedar Rapids Insurance Agency for many years. He was the fifth generation to farm the Cox family farm as well. In 2003, he and his wife, Sue, bought the New Frontier in Belgrade, where he had the perfect audience for his stories, especially the famous Chucky story that everyone loved to hear over and over again. Jim was known to write out his best business deals on a napkin and complete his daily Omaha World-Herald crossword puzzles in pen. The highlight of each year for Jim was to attend his son’s cattle branding in Rushville with his longtime friends, Buford and Olie.

Jim was always giving of his time and served on many organizations throughout the years. He served on the Cedar Rapids Town Board, Cedar Rapids and Belgrade Fire Department, was also an EMT, and coached Legion Baseball. He was an officer of the Cedar Rapids Alumni, Cedar Rapids Community Club and helped with the Sunset Cemetery Board. Jim participated in Post 44 American Legion as a commander and was also the American Legion Boone County commander along with serving on the Boone County Fair Board for many years. Jim was a Mason, a member of the Scottish Rite and the Sesostris Shrine Temple of Lincoln and a Nebraska Diplomat. His most recent commitment was serving on the Nance County Tourism Committee.

Jim will forever be remembered as the local historian, for his humor, hospitality, along with his dissertations, which always had a lesson to be learned. His words of wisdom will forever be repeated by the ones who loved and respected him … “Be a giver, not a taker and don’t let your emotions run away with your good judgment.”

He is survived by his wife, Sue; children, Carroll (Hallie) Cox of Rushville, and Kelly (Cody) Simmons of Alma; along with his three grandchildren, Christopher, Maddison, and Kathryn; and his brother, Larry (Jean) Cox of Henderson; and many other relatives and friends.

Jim was preceded in death by his parents and infant sister, Sharon. 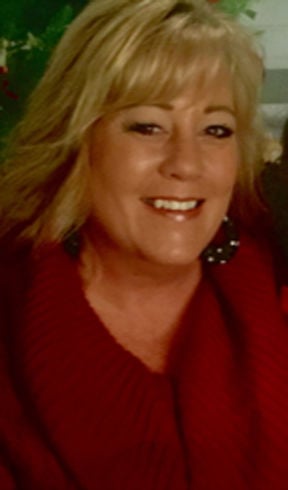 A gathering in Mary’s Honor will be from 5 to 7 p.m. Sunday at All Faiths Funeral Home, with the rosary at 7.

Mass of Christian Burial will be at 10:30 a.m. on Monday at St. Mary’s Cathedral. Celebrant will be the Rev. Jim Golka.

All Faiths Funeral Home is entrusted with arrangements.

She graduated from Grand Island Senior High and continued her education, earning her Associate’s Degree.

She loved to watch her grandkids when able, flower gardening, cooking and watching an old black and white movie or reading a good mystery. But most of all, she loved spending time with family and friends.

She was preceded in death by her parents; grandparents; sisters, Janet Jameson and Nancy Scott; and special uncle, Jerry Davin.

DONIPHAN — Tracy A. Orcutt, 59, of rural Doniphan went to her Heavenly home on Monday Sept. 9, 2019, at Nebraska Medicine, Buffett Cancer Center, in Omaha, with her loving family at her side.

Celebration of life service will be at 10:30 a.m. Saturday at St. Paul’s Lutheran Church in Doniphan. The Rev. Tyler Hauptmeier will officiate. Burial will be in the Cedarview Cemetery.

Visitation will be from 5 to 7 p.m. Friday at St. Paul’s Lutheran Church in Doniphan. All Faiths Funeral Home of Grand Island is entrusted with the arrangements. 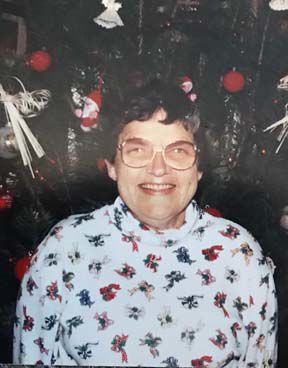 Funeral services will be at 10 a.m. Thursday at the United Methodist Church in Palmer. Pastor Mike Anderson and Cheryl Anderson will be officiating. Interment will be in the Rose Hill Cemetery at Palmer.

Visitation will be from 5 to 7 p.m. on Wednesday at the United Methodist Church in Palmer. Greenway-Dietz Funeral Home in Palmer is in charge of arrangements.

JaNell lived on the family farm north of Palmer until her parents passed away. She then moved into Palmer. Although she missed living on the farm, she enjoyed walking uptown and visiting with neighbors. She also liked to bake and would share her baked goods with the church. She was an avid supporter of the New York Yankees and Husker football.

In 2001, JaNell suffered a stroke and moved to Central City Care Center. While there, she enjoyed helping her roommates, playing bingo, singing with music groups and watching “Jeopardy.” JaNell also enjoyed visiting her sister, Joyce, in Colorado and loved the mountains.

Those left to cherish JaNell’s memory are sisters and brother-in-law, Janice Kurz of Palmer and Joyce and Bud Hunizker of Fort Lupton, Colo.; brothers and sisters-in-law, Ted and Barbara Rutten and George and Paula Rutten both of Palmer; and numerous nephews and nieces.

JaNell was preceded in death by her parents and sisters and brothers-in-law, Joann and Bill Blaine, Jean and Fritz Schlueter, Juanita and Dick Maria, and Walter Kurz.

Memorials are suggested to United Methodist Church of Palmer.