Memorial service and celebration of Gene’s life will be at 11 a.m. Friday at All Faiths Funeral Home.

Visitation will be from 5 to 7 p.m. Thursday at the funeral home. More details will follow. 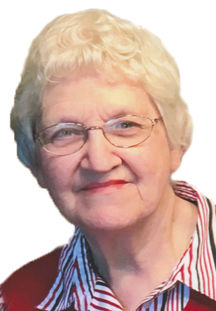 Celebration of Life service will be at 5:30 p.m. Wednesday, Sept. 11, at All Faiths Funeral Home. Daniel Naranjo will officiate. Reception will follow at the funeral home.

Pat was born on July 23, 1936, at Grand Island, the daughter of Rudolph and Bernadine (Dibbern) Ewoldt. She was raised and received her education in Grand Island, graduating from Grand Island Senior High. She moved to Omaha, where she worked for Northwestern Bell Telephone Company.

On Feb. 6, 1960, she was united in marriage to DeWayne Grell. This union was blessed with four children: Kimberly, Roxanne, Jeff and Traci. They lived in Omaha, moving to Shelton in 1965, and then Grand Island in 1972. She worked for the Grand Island Veterans Home and then went to work for Allen’s True Value.

She was a member of the St. Pauls Lutheran Church. Some of her enjoyments included playing cards, crafts with her children when they were growing up, fishing and camping. Most of all, she enjoyed time spent with family.

She was preceded in death by her husband, DeWayne, who died April 17, 2019; her daughter, Kimberly Grell; her parents; and her brother, Richard (Dick) Ewoldt.

Memorials are suggested to the family to be determined at a later date. 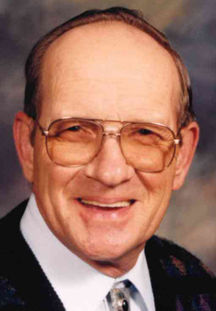 Mass of Christian burial will be at 10:30 a.m. on Friday, Sept. 13, at St. Mary’s Cathedral. The Revs. James R. Golka and Richard L. Piontkowski Jr. will concelebrate the funeral mass. Inurnment will be in the Grand Island City Cemetery.

Jim was born July 26, 1935, in Spalding. He was the son of Walter and Helen (Berger) Zahm. He grew up in Spalding, graduating from Spalding Academy in 1954. Jim worked beside his father in the Spalding Creamery and Locker, where he learned and perfected his trade as a butcher.

He married Wilma Porter on May 4, 1957, in Spalding. They lived in Spalding, and Jim continued cutting meat at the Locker. Jim cured ham and bacon and was known for his homemade bologna and deer meat sausage. The couple moved to Grand Island, where Jim was employed as a meat-cutter at Skagway for 18 years. He also worked part time at the Wood River Locker. He then worked for Jack & Jill as a meat cutter in the fresh meat case. In 1998, he managed the meat department at SunMart in Hastings until his health forced him to retire.

In retirement, when his health permitted, Jim helped at Rainbow Bakery, Fine Liquor, and cut meat at Texas T-Bone.

Jim enjoyed time spent with his family. He was an avid pool player, AKA “Hammer” in his league play. He enjoyed playing cards, bicycle riding, fishing, hunting, gardening, and fiddling with and fixing just about anything that needed fixing.

He was proud of his 52 years of sobriety, attributing that accomplishment to his membership in AA.

Jim was a member of St. Mary’s Cathedral, a past Lector, Eucharistic minister at church and to the homebound, parish council member, social committee member, and called Bingo for 20 years.

Memorials are suggested to the family for designation at a later date.

Survivors of his immediate family include his wife of 62 years, Wilma Zahm of Grand Island; and children, Jeanette Zahm of Lincoln, Kevin (Sheila) Zahm of Las Vegas, Nev., Denise Zahm of O’Neill and Paul Zahm of Grand Island. Others left to cherish his memory include his five grandchildren, Travis, Amanda (Kevin) Rogge, Shannon, Timothy, and Sydney; three great-grandchildren, Josiah, Levi, and Remi Rose; and a sister-in-law, Nancy (Bob) Hinze of Duncan.

He was preceded in death by his parents, Walt and Helen Zahm; sisters, Angela and Marie; a brother, Bill; sisters-in-law, Margaret (Mike) Mahoney and Marilyn (John) Berger; and brothers-in-law, Bob and Duane “Pink” Porter.

Your thoughts and prayers may be given at www.curranfuneralchapel.com under Jim’s obituary. 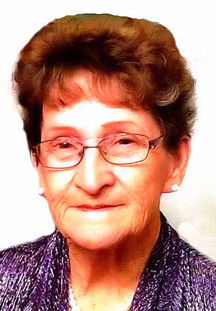 Funeral services will be 1:30 p.m. Tuesday at the Arcadia Community Building, with Pastor Marlin Hawley officiating. Burial will follow in the Arcadia City Cemetery at Arcadia.

Visitation will be from 5 to 7 p.m. Monday at the Arcadia Community Building. Memorials are suggested to the Arcadia Fire and Rescue, Gideons or donor’s choice. Higgins Funeral Home in Loup City is in charge of arrangements.

Ray moved the family to a farm at Boelus in 1944. They moved in 1947 to a farm north of Arcadia, where Jean attended Pleasant Valley School and then Arcadia High School.

Early in this endeavor with Gene she started a dairy while being a mom to three small children. First two cows, then another, and another, while Gene earned a steady income working construction on Interstate 80. After some income was established from the dairy, Gene was able to stay home and the farm grew to include hogs and beef.

A new grade-A dairy barn in 1969 was Jean’s station in life for the next 30 years. She didn’t seem to mind, as it was her way to contribute and she full-well knew the value of what she was doing. She was so sad the day the milk cows were no longer needed and were sold. The farm had grown to over 1,000 acres.

Jean was mom to five children, loved country and gospel music, and playing cards, mainly pinochle and pitch — and she took her pinochle very seriously. She was well-known by family and friends for her ability to bake chocolate cakes, brownies and pies. But she never failed to say, “Let’s make some fudge,” when there were people in the house, if she didn’t already have it made. She was a huge fan of Brach’s chocolate stars and coke.

Jean not only served her family faithfully, but was on the school board for many years, served on the election board, and taught Sunday school for many years.

Jean is survived by her husband of 63 years, Gene; children, Rick (Susan) of Omaha, Marlin (Shirley) of Weirton, W.Va., Robbin (Doug) Masters of Arcadia, and David (Tammy) of Buckeye, Ariz. She is also survived by 14 grandchildren, and 24 great-grandchildren; brothers, Jerry (Jean) Sybrant of Greenville, Tenn., and Darrel (Donna) Sybrant of Broken Bow; and her sister, Lois (Harold) Holeman of Waukesha, Wis.

Jean was preceded in death by her parents, Ray and Vivian Sybrant; her son, Danny; her brother, Larry; and her sister-in-law, Wilma Sybrant. 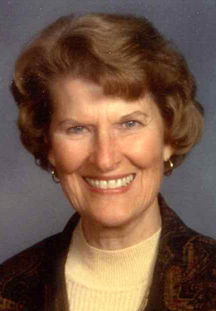 Vonnie was born Feb. 1, 1934, in Minneapolis, Minn., to Harold and Nora (Johnson) Ronngren, a Swedish immigrant family of one brother and three sisters. The loving, caring and giving home that she was raised in created an amazing gregarious, caring spirit. She married her college sweetheart, C. Roger Nelson, on June 14, 1957, and the two of them became lifelong partners.

The first stop in married life was Boston, Mass. and she was elected president of the Andover Newton Theological Seminary wives club. After graduation, Vonnie and her husband started ministry together, where she was able to use her gifts of grace and caring for people. In each of the churches, she invested untold hours working on church events, redecorating rooms and looking after anyone who needed support.

In Tulsa, Okla., she was president of the Anna Roth YWCA, and was awarded an honorary membership in the Presbyterian Program Agency. She also helped lead church youth mission trips, where she would cook and look after busloads of high school students. In Lexington, Ky., she was the coordinator of Mother to Mother, a nonprofit agency pairing low-income, single mothers with middle-class mothers for mentoring, creating bonds that lasted for decades.

In Grand Island, she was the administrative assistant to the Methodist District Superintendent, and also served as a Stephen Minister at the First Presbyterian Church. She was a hospice volunteer and active in the National Council for International Visitors.

She was known for her culinary skills, and her gregarious nature led to a life full of entertaining friends and family. Many people commented on their luck of being on the receiving end of Vonnie’s cooking. She was incredibly creative and loved trying any new craft, including making jewelry, batik, wood carving, and sewing (including Barbie clothes). She leaves a hole in the hearts of people who loved her.

She was preceded in death by her parents, three sisters and a brother.

Online condolences may be directed to the family at www.apfelfuneralhome.com