Service will be 1 p.m. Wednesday, May 27, at All Faiths Funeral Home in Grand Island. The Rev. Steven Peeler will officiate.

Friends and extended family are invited to join the service, which will be livestreamed via Facebook on All Faiths Funeral Home Facebook page, beginning 15 minutes prior to the service.

Burial will be 2 p.m. Thursday, May 28, in the Lincoln Memorial Park Cemetery. 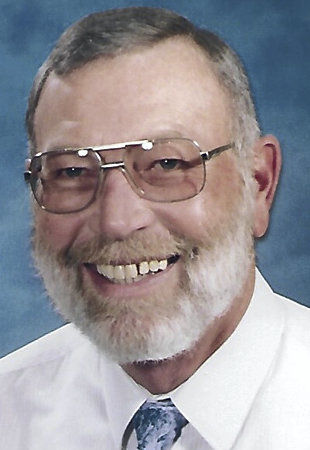 Due to the COVID-19 restrictions, a celebration of Robert’s life will be scheduled at a later date. Memorials are suggested to the Centura Scholarship Fund or Boelus/Dannebrog Ambulance Fund.

Jacobson-Greenway-Dietz Funeral Home in St. Paul is in charge of arrangements.

He taught biology and chemistry at Centura High School for 33 years.

He was united in marriage to Kathryn (Lemburg) Gregg in July of 1982. Robert’s hobbies included fishing and hunting.

Those left to cherish his memory include his wife, Kathy of Boelus; a son and daughter-in-law, Anthony and Stacey of Omaha; a daughter and son-in-law, Bobbi and Jim of West Linn, Ore.; grandchildren, Megan Meyer of Sioux Falls, S.D., Ciara (Zach) Leaderer of Omaha, Ryan Kelly of Seattle, Wash., and Erin and Bryce Kelly of West Linn, Ore.; great-grandchildren, Zoey McShannon and Landon Leaderer of Omaha; and a sister and brother-in-law, Jacquelyn and Pete Pedersen of Valley View, Texas.

Robert was preceded in death by his parents.

To honor Anna’s wishes, private family services will be held.

Jacobsen-Greenway-Dietz Funeral Home in St. Paul is in charge in charge of arrangements.

Arrangements are pending with Jacobsen-Greenway-Dietz Funeral Home in St. Paul.

A private family graveside memorial service will be scheduled at a later date. Interment will be in Maple Grove Cemetery in Bloomington.

Marjorie is survived by her son and daughter-in-law, Terry and Linda Haubold; and many nieces, nephews, great- and great-great-nieces and nephews.

She was preceded in death by her parents, Marion and Elnora Jacobs; two brothers, Harold and Earl Jacobs; and two sisters, Ethel Sparks and Helen Larson.

Special thanks to the caring staffs at Aksarben Village Senior Living, Serene Care Hospice, CareBuilders at Home and Physmed, and extra thanks to special caregiver, Cantrece.