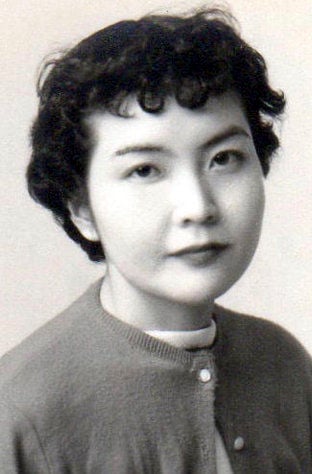 Everyone attending will be required to wear a mask or face covering. All COVID-19 guidelines along with social distancing will be followed. The family will not be greeting the public. There will be no visitation.

In lieu of flowers, memorials are suggested to Grand Island Central Catholic and Blessed Sacrament Catholic Church. Higgins Funeral Home in Loup City is in charge of arrangements. There will be no guest book and everyone is invited to sign the guest book online or leave their condolences at higginsfuneralhomelc.com.

She met Anton Loyd Curtis while he was in the Army, stationed in Japan. They were married on Sept. 25, 1961, in Hakozaki, Japan. They lived in Grand Island most of their married life. Three children were born: Francis, Mary and Anthony. Ann worked as a food processor, seamstress, housewife and, most importantly, saikō na okasan! She was a member of Blessed Sacrament Catholic Church, where she performed volunteer work. Her colorful flower garden was her passion.

Survivors include her husband, Anton “Tony” Curtis of Grand Island; two sons and a daughter-in-law, Francis Curtis of Salem, Ore,m and Anthony “Tony” and Lori Curtis of Lincoln; a daughter and son-in-law, Mary Curtis and Todd Daringer of Lincoln; three grandaughters, Jenna, Emma and Rose Curtis; and a sister and brother-in-law, Ritsuko “Mary” and Ronald Liljedahl of Clinton, Md.

Ann was preceded in death by her parents; sister, Chizu Miller; and brother, Isao Yanomaru. 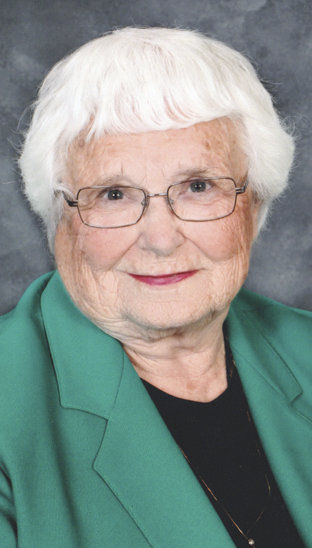 Services will be held at 11 a.m. Saturday at All Faiths Funeral Home in Grand Island. Helen’s grandson, Pastor Luke Standage, and Pastor Mark Oberbeck will officiate. Burial will be at 2 p.m. Saturday in the Clatonia Cemetery.

Visitation will be an hour before service time. The service will be livestreamed beginning 15 minutes before service, at All Faiths Funeral Home, Grand Island Facebook.

Memorials are suggested to either Mission of Mercy at Calcutta, India, or the Northridge Assembly of God Church.

Helen was born on Jan. 18, 1931, at Kearney the daughter of Ross and Mildred (Barkdoll) May. She graduated from Kearney High School class of 1948. She taught country school before attending college. Helen worked for the Nebraska State Board of Nursing and held various other clerical positions in Lincoln.

On March 17, 1957, she was united in marriage to Wayne D. Steinmeyer. They farmed near Clatonia. This union was blessed with daughters Juanita and Rhonda.

Following the passing of her husband in 1968, she moved to Kearney. She worked as a bookkeeper and was active with different Christian groups.

Helen moved to Grand Island in 1992, to be a daycare provider for her grandchildren as well as other children. She was an active member of Northridge Assembly of God, including the quilting group and mission work to Calcutta, India. Her enjoyments included traveling and time spent with family, especially her grandkids.

She is preceded in death by her husband, Wayne, who died in 1968; her parents; two brothers-in-law, Dick Roker and Donald Miller; and a young brother, Kenneth Wayne May.