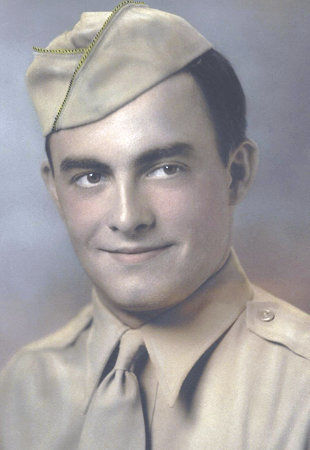 Private graveside services will be at 10:30 a.m. Wednesday, May 20, at the Broken Bow Township Cemetery with Military Honors, Pastor Bob Winn officiating.

Visitation was Tuesday at Govier Brothers Mortuary in Broken Bow. An online guest book can be signed for words of encouragement or remembrance at www.govierbrothers.com.

Paul lived most of his life on North 12th Avenue in Broken Bow, in three different houses. His ancestors settled Tappan Valley in Custer County in 1879, a fact he was very proud of. Paul attended Broken Bow High School, graduating in 1940. While in high school he worked for the J.C. Penney store and continued working there until he joined the military. After he returned from his service he worked for the U.S. Postal service for 32 years. He then went to work for Security State Bank until it closed. For 36 years, Paul and Ann were janitors at the First Presbyterian Church. Paul knew how to make the floors in the fellowship hall shine!

Paul enlisted in military during World War II, following the path of his father who served in World War I, so it seemed natural to Paul to serve himself. Paul attempted to join the Navy but he failed the entrance exam because he was colorblind. He was then offered entry into the Army Air Corps. A group of servicemen were asked if any of them could type. Paul was an excellent typist but he didn’t share that information for fear he would be stuck in an office and he really want to wear one of those cool boomer jackets and sunglasses.

Paul did his basic training and flight training in Leavenworth, Kan. His first stop overseas was in England and he eventually was based out of a camp in Vienna. While in the Air Corps Paul performed a multitude of tasks, but his official title became tech sergeant and aerial gunner in the top turret on a B-17 “The Passionate Witch” fighter plane. On Jan. 11, 1944, his plane plummeted out of the sky due to being shot down over Hanover, Germany. It was the eighth mission for the crew. All 10 crew members got out of the plane, however the pilot’s parachute did not open and he was killed.

The rest of the crew was taken prisoner and paraded through the nearby German villages. The POWs were eventually stuffed into a small cattle car and transported to Stalag 17B camp, just outside of Krems, Austria. They had to endure an ungodly amount of filth and were fed minuscule amounts of food. Paul stated the only thing that helped them get through the duration of their capture was the Red Cross food parcels of Spam, powdered milk and saltine crackers; otherwise it was rutabaga soup. Paul did not smoke and would trade his cigarette allotment for food, too.

Paul had to remain at the camp for 16 months. Those in the camp were then forced to walk a grueling stretch of 287 miles, so the Germans could escape oncoming Russian air raids. On May 3, 1945, as they reached a forest in Austria, the American 13th Armored Division liberated them. General Dwight D. Eisenhower himself came and shook hands with everyone and questioned them about what had happened. Paul said that by the grace of God he was able to make it and he was glad to be freed.

Paul received a Purple Heart because he received an injury when his plane came down, an Air Medal since he flew more than five missions in the war, and a Presidential Unit Citation for being in one of the 60 planes that were shot down. Paul was an absolute humble gentleman and his service for our country will forever leave a mark in history. Paul was the last of “The Passionate Witch” crew to pass away.

Paul was united in marriage to Anna Marie Wanitschke on the stormy day of June 20, 1948. The weather may have been stormy but their marriage was not. Paul and Ann were happily married for 67 years prior to Ann’s death on Aug. 29, 2015. This union was blessed with one son, Michael “Mike” Paul Robison, on April 6, 1954. Mike married Kris Engel and soon added two more boys to the family, Jeremy Paul and Jacob Michael Robison. You would be hard pressed to find a more dedicated and loving husband, father, grandfather and great-grandfather than Paul. He was an amazing storyteller, loved a good joke and always had a twinkle in his eyes.

Paul is survived by his son, Michael, and wife, Kris, of Broken Bow; two grandsons, Jeremy and his fiancée, Gracia Kramer, of Lincoln and Jacob Robison of Broken Bow; two great-grandchildren, Olivia Kramer and Owen Robison of Lincoln; three sisters-in-law, Virginia Bohl of Loup City, Irma Wanitschke of Derby, Kan., and Donna Wanitschke of Grand Island; as well as many other family members and friends.

He was preceded in death by his parents and his wife, Anna Marie Robison. 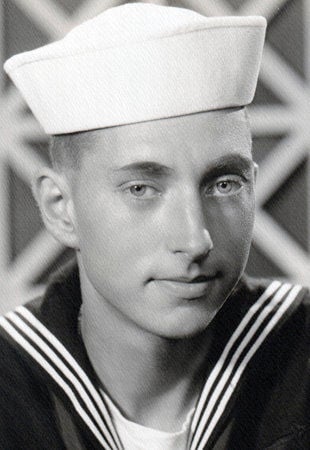 Arrangements were entrusted to All Faiths Funeral Home.

Jack was born March 10, 1941, in St. Paul to Al and Harriet (Wilson) Briggs. After high school, Jack proudly served his country in the United States Navy during the Vietnam War.

On July 19, 2003, he was united in marriage to Betty Clifton. Jack was a member of the Navy Admirals and the VFW. He enjoyed spending time volunteering for the VA.

Those left to cherish his memory include his wife, Betty; his children, Tana, Leroy, Karen (Wendall), Will, Michael and Felicia; nine grandchildren; one adoptive granddaughter; and 11 great-grandchildren.

Jack was preceded in death by his parents, an infant son, an infant brother and two sisters. 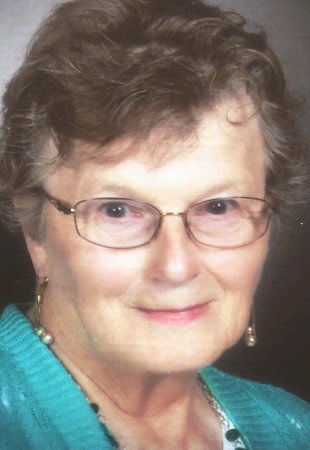 A memorial Mass will be at 3 p.m. Friday at North American Martyrs Catholic Church in Lincoln, with the Revs. Brian Connor and Paul Colling officiating. Her body was donated to science hoping it will be of help in finding a cure for others who have ALS, also known as Lou Gehrig’s Disease.

Lavonne was born Nov. 23, 1941, on a Sunday morning at home to Raymond E. Larsen and Ina Fay Lyon Larsen Rothfuss. She graduated from Grand Island High School with the class of 1959, and lived in the same home until she married. She married Ronald G. Buettner at Blessed Sacrament Catholic Church in Grand Island on Nov. 28, 1959. To this union four children were born: Susan Marie, Ronald “Joe,” John Paul and William Todd.

Lavonne was a stay-at-home mom while the children were young. She also worked in a couple factories, operated her own cleaning business and enjoyed being a caregiver to many. Her favorite job outside the home was cooking at Lexington St. Ann’s Catholic School, where everyone enjoyed the large homemade cinnamon rolls and cookies she made with love. In fact, there was never a time when she didn’t have some type of rolls, cookies, cakes or something else made with love available to anyone who visited.

She joined the Catholic Church in 1960, and was always been grateful she made the choice to become Catholic. She helped the church in many ways by taking pictures of mass, was a Eucharist Minister, was part of the CEC team, made meals for shut-ins, often visited the care home and helped with mass there. She was very much a part of a 12-step program and sponsored an Alateen group. She was always willing to help others and was friendly, kind and a good listener to all.

Lavonne loved being a mom, enjoyed her boys’ sports events and helped them grow into honest fine young men. Each of her 18 grandchildren were very special to her and a big part of her life. They gave her 40 great-grandchildren. She remembered all of their birthdays and made sure they had a homemade cake and gifts. They all knew they were important to her and loved by her. In 2017, Lavonne and Ron moved from their home of 40 years in Lexington to Lincoln to be closer to their family and their doctors. In July 2019, she was diagnosed with ALS and entered in hospice care on Christmas Eve, 2019. While in Lincoln, they joined the North American Martyrs Catholic Church and she immediately joined many groups. Her favorite was the Alpha group.

She is survived by husband, Ron of Lincoln; three sons and daughters-in-law, R. Joe and Lillian of Holdrege, John and Kim of Lincoln and Bill and Susan of Lincoln; and two sisters- and brothers-in-law, Shirley and Richard Buettner of Virginia, and Pat and Jack Buettner of Arizona.

Lavonne was preceded in death by her parents, Ray and Ina Larsen; her stepfather, Al Rothfuss; a daughter Susan Marie; a sister, Marilyn Meyer and husband, Bill; a brother, Melvin Larsen and wife, Ann; two sisters-in-law, Linda Buettner and Carolyn Jorgensen; and a sister-in-law Clarice Luther and husband, Gerald.

Due to COVID-19 directed health measures, a memorial service and burial will be scheduled at a later date.

Visitation will be from 9 a.m. to 4 p.m. Friday at Livingston Butler Volland Funeral Home & Cremation Center. We will be in compliance with the CDC guidelines of 10 people gathering at a time for visitation. Your cooperation is appreciated. Since there are material sharing restrictions, we ask that you bring your own pen for signing the registration book or memorial envelopes. If you do not bring one, we can do that for you.

Memorials may be given to the family for a memorial to be established at a later date. Private condolences may be sent to the family at www.lbvfh.com. 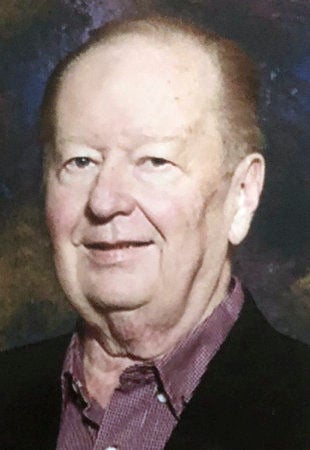 No services are planned at this time. Leave online messages for the family at NebraskaCremation.com

Dewaine was born Jan. 29, 1939, in Omaha to Thomas and Veronica (Honer) Melch. He graduated from Omaha South High School in 1957, and then served for eight years in the Army Reserve. He married Sharon Walker on Nov. 15, 1964. Dewaine worked in a variety of interesting jobs during his career.