All Faiths Funeral Home is entrusted with the arrangements. 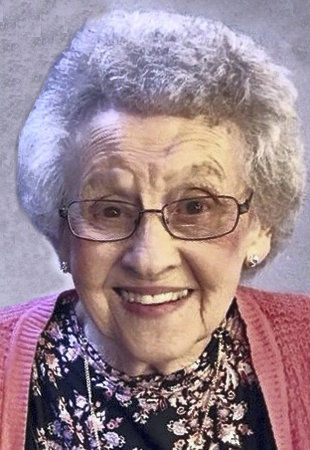 In accordance with new guidelines, a private family service will be held.

To accommodate guests who would like to attend, visitation will from 2 to 7 p.m. Sunday at All Faiths Funeral Home.

Family will not be greeting friends but encourage those who wish, to come say farewell.

Bev was born March 20, 1930, to William and Grace (Markham) McWhirter, in Hastings. She was raised on a farm near Doniphan and graduated from Doniphan High School in 1948. Following high school, Bev attended beauty school.

She was united in marriage to Loran Quandt on March 22, 1953. The couple spent all their married life in Hall County.

Those left to cherish her memory include her children and their spouses, Kurt and Clare Quandt, Kay and Greg Baird and Kerri and Jeff Fusselman; nine grandchildren; five great grandchildren; two sisters and brothers-in-law, Marilyn and Allen Schukei and Phyllis and Floyd Marian; two sisters-in-law; and many nieces and nephews.

Bev was preceded in death by her parents, her husband, and most of her siblings.

In lieu of flowers memorials are suggested to Trinity Lutheran Church. 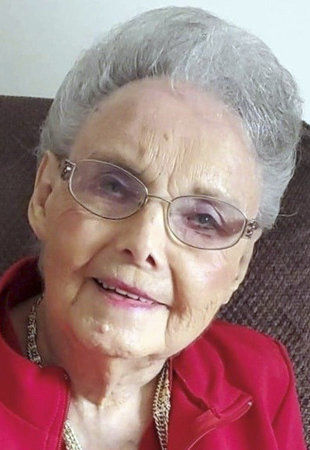 In accordance with new guidelines, a private family graveside service will be at Rose Hill Cemetery in Palmer. A celebration of Louise’s life will be scheduled at a later date.

Visitation will be from 2 to 6 p.m. Monday, March 23, at Greenway-Dietz Funeral Home in Palmer.

In lieu of flowers, memorials are suggested to the family to be designated at a later date.

Louise was born Feb. 17, 1927, in Palmer to George Verplank and Ella Freeland. She grew up in Palmer and graduated from Palmer High School.

She was united in marriage to Carl Davison Jr. in Palmer on Sept. 16, 1947. The couple lived in Palmer for the rest of their lives where they raised their six children and a foster daughter. Louise was involved for more than 50 years in the selling and distribution of Stanley Home Products, where she met and retained many friends over those years. She was a member of the First Church of Christ in Palmer, the Willing Workers Group of the Church, the Legion Auxiliary of the Burton Beyer Post, and Modern Moms in Palmer.

Louise enjoyed visiting with her family, extended and close. She was always making an extra effort to attend reunions, weddings and funerals while she was able.

Those left to cherish her memory include her children and their spouses, Susan Herzig of Independence, Mo., Bonnie Beed and Larry Bredthauer of Grand Island, Rick and Vicki Davison of Grand Island, Audrey and Chuck Raynor of Hawthorne, Fla., Ann Vanosdall of Las Vegas, Nev., and Barry and Laura Davison of Grand Island; a foster daughter and her husband, Cheryl and Ed Howard of Auburndale, Fla.; 19 grandchildren; 30 great-grandchildren; 12 great-great-grandchildren; two sisters, Helen Kolar of Wolbach and Barbara Meyer of Central City, two sisters-in-law, Marjorie Verplank of Sidney and Vida Mae Verplank of Kearney; and numerous nieces and nephews.

She was preceded in death by her parents; her husband, Carl; three sons-in-law, Carl Beed, Dennis Vanosdall and Gary Hameloth; two brothers, Allen and Lee Verplank; and a sister, Lida Friedrichsen.

Donna was born July 2, 1946, in Sutton, Neb., the daughter of Max and Jessie (Mitchell) Jacobson. She married Roger McNeal, and he preceded her in death in 1985.

Donna worked for JBS in Grand Island and Insurance Planning, Inc. in Hays. She enjoyed working in her flower beds, feeding the squirrels and rabbits, the Rocky Mountains, playing slot machines, and cooking. Her family brought great joy into her life, and she enjoyed family reunions and spending time with her grandchildren and great grandchildren.

She was preceded in death by her parents, a son; Scott McNeal, a son-in-law; Steve Barnes; and a brother; Charles Jacobson.

A private family burial will be in Mount Allen Cemetery in Hays, Kan. Memorials are suggested to the Cancer Council of Ellis County in care of Hays Memorial Chapel Funeral Home.

Condolences and memories of Donna may be shared with the family at www.haysmemorial.com