In consideration of the COVID-19 restrictions, a memorial Mass will be held at a later date. Private Interment will take place at the Ord Catholic Cemetery. The Rev. Scott Harter will be the celebrant.

Memorials are suggested to St. Mary’s Catholic School or the donor’s choice. Ord Memorial Chapel is in charge of arrangements. 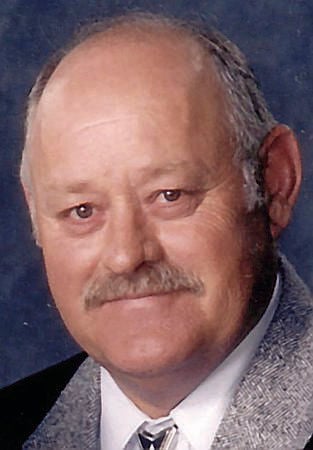 Visitation will be from 1 to 8 p.m. Wednesday at Levander Funeral Home in Albion. In an effort to keep our community safe, it is strongly encouraged that those feeling ill or who are part of an at-risk population (e.g., the elderly or immune-compromised, etc.) stay home.

In compliance with COVID-19 restrictions set by the CDC, no more than 10 people will be allowed in at one time. In order to accommodate this, the funeral home has extended visitation hours and encourages visitors to come throughout the day.

During visitation, social distancing methods of no hugging or hand shaking will be practiced.

There will be a private family service with burial to follow at Hope Cemetery in Newman Grove There will be a celebration of life held for Ted at a later date.

There will be a video of the funeral service on Ted’s website later this week.

Theodore “Ted” Bernard Guthard, son of Edward Hans and Thelma Jane (Eggert) Guthard, was born on Dec. 26, 1943, in North Platte. He attended school at Boone County School District 43 near Cedar Rapids. After his father was diagnosed with polio, Ted and his brother, Harley, took over the farming.

On June 15, 1968, Ted was united in marriage to Marlyne Faye Bennett at the United Methodist Church in Cedar Rapids. Ted farmed and worked for several farmers in Cedar Rapids until moving his family to Newman Grove in 1976. He worked for the Creamery and then Madison Pork Plant. Ted took over as the street and water commissioner in 1978 until his health forced him into early retirement in March 2004.

Following retirement Ted enjoyed mowing lawns for many people in Newman Grove. Ted also worked for several years as a part-time town police officer. He took a lot of pride in his community as well as the streets in Newman Grove.

Ted was a member of Fellowship Bible Church in Newman Grove until helping start the Saving Grace Bible Church in Albion. He was also a past member of the Volunteer Fire Department, and also worked as Santa’s helper, “Santa Claus,” during the Christmas season.

He loved to fish, listen to music, watch game shows, go on trips with his girls, and go to the hunting lodge with his boys.

He was preceded in death by his parents; granddaughter, Paysen Guthard; sisters, Ramona Howard and infant Janice Elaine; and father-in-law, Russell Bennett. 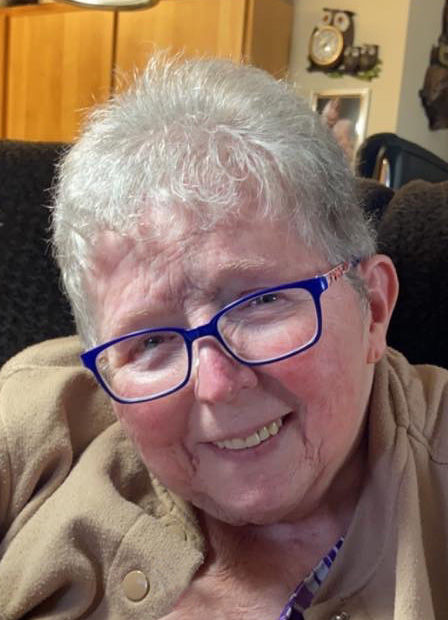 Sandra “Sandy” Payton, 69, of Grand Island passed away at home with her family by her side on Friday, March 20, 2020. She had battled multiple sclerosis for 45 years.

A private burial will take place. A memorial service will be announced at a later date due to COVID-19.

Sandra was born April 5, 1950, in Palmer to Vernon and Ruby (Jennings) Cox. She lived in Palmer until she graduated in 1968. She attended the University of Nebraska-Lincoln.

On April 5, 1970, Sandy married Richard (Dick) Payton. They were married on her 20th birthday and would have celebrated 50 years of marriage this April. In 1983, Dick and Sandy settled in Fullerton, where they raised their three children. They retired to Grand Island in 2008.

Sandy worked at several health care facilities as a medication aid. She loved to care for others. Sandy was a loving wife and dedicated mother. She was a strong woman who had a positive attitude and always had a smile on her face.

She did not let multiple sclerosis get her down. She treated everyone well and never had an unkind word for anyone. She enjoyed cooking for her family and brought her children breakfast in bed most mornings before school. She was named Betty Crocker Homemaker of the Year in 1968. She especially enjoyed watching her grandkids and great-grandkids grow up and was so proud of their accomplishments.

Sandy’s hobbies included gardening and canning, cross stitch and sewing, crossword puzzles, playing Mah Jong and reading. Sandy and Dick took many trips to Las Vegas to get away and relax.

Sandy was preceded in death by her parents; a son-in-law, Larry Friedrichsen; and her only son, James Payton.

Memorials are suggested to the National Multiple Sclerosis Society or to the family to be designated later. Online condolences may be directed to www.apfelfuneralhome.com. Apfel Funeral Home is assisting the family.