Read through the obituaries published today in Grand Island Independent. 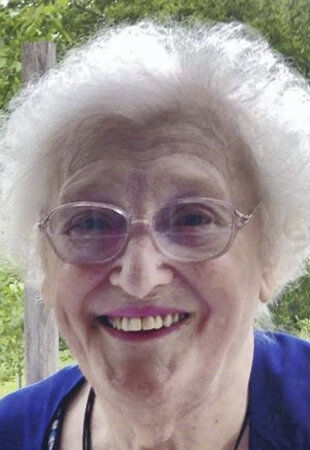 Visitation will be from 4 to 6 p.m. Friday, June 5, at Apfel Funeral Home in Grand Island. A private family graveside service will be Saturday, June 6, at the Grand Island City Cemetery.

Ardeth was born on a farm near Hazard, on Nov. 13, 1927, to George and Leah (Zinnel) Schlueter. She was a 1945 graduate of Ravenna High School, and began nurses training, paid for by the U.S. Army, in Omaha, and then at St. Francis School of Nursing in Grand Island. She graduated as an RN in June 1948, and began work at St. Francis Hospital.

On Feb. 4, 1949, she married Frederick “Fritz” H. Mueller. In 1953, they moved to Southern California where she worked as a nurse at the Veterans Hospital in Long Beach. In 1954, they moved to Fullerton, Calif. Fritz and Ardeth had three children, Gerald, Sandy and Pam. Ardeth was a lifelong Lutheran, an active member of Our Savior Lutheran Church, in Fullerton.

She was also an active volunteer with her children’s schools and many activities. Ardeth loved being a mom. Ardeth was involved for many years with FISH of Fullerton, a service organization providing rides for people to medical appointments, something important to her because she herself didn’t drive.

She is survived by her son and daughter-in-law, Gerald and Caralee Mueller of Missoula, Mont; two daughters and sons-in-law, Sandy and Del Noe of Grand Island, and Pamela and Steve Garland, of Corona, Calif; two sisters and a brother-in-law, Marian Collins of Texas and Donna and Tommy Reis of Louisiana; a sister-in-law, Frances Schultz of Wyoming, five grandchildren; six step-grandchildren; eight great-grandchildren; 14 step-great grandchildren; and numerous nieces and nephews.

Ardeth was preceded in death by her husband, Fritz, her parents; three sisters and their husbands, Leora and Clifford Luce, Dorothy and Bob Herbst, and Janet and Francis Schmitz; a brother and sister-in-law, Lester and Virginia Schlueter; a brother-in-law and his wife, Hank and Jan Mueller; a sister-in-law and her husband, Betty and Gene Todsen; a daughter-in-law, Carol Mitchell Mueller; a niece, Cindy Kistler; a nephew, David Todsen; and a great-grandson, Nicholas Reade.

Online condolences may be sent to the family at www.apfelfuneralhome.com. 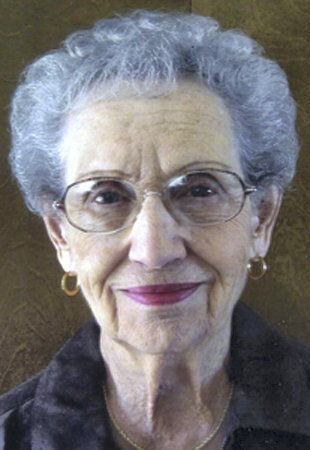 Due to the COVID-19 restrictions in place at this time, visitation will be from 4 to 7 p.m. Thursday at Higby-McQuiston Mortuary in Aurora. Private family services will be Friday, with interment following in the Aurora Cemetery.

Memorials may be made in care of the family to designate at a later date.

Condolences may be emailed to the family through the mortuary website at www.higbymortuary.com.

The family lived north of Murphy, where she attended District 4 school, and in 1932, they moved into Aurora, where she graduated from Aurora High School with the class of 1942. She worked at Hesteds and a café in Grand Island.

Evelyn was united in marriage to Arbie Williams on June 6, 1942, and two children, Karen and Jim, were born to this union. Arbie preceded her in death on Sept. 5, 1975.

After their marriage they lived in several towns and states while Arbie was working in construction. When they returned to Aurora, they co-owned and operated several cafés, Sinclair service stations, and the Aurora Hotel. In 1952, they purchased the SYA Café on the north side of the square, and in 1953, they moved the café to the south side of the square where it also served as the bus stop.

Evelyn was also head cook at the Aurora High School, and was a bookkeeper for Vetter Brothers Dodge and the Aurora News Register. In 1970, she was appointed the Deputy County Assessor and in 1982, she was elected County Assessor, a position she held until retirement on Jan. 1, 1991. Evelyn was awarded the Certified Assessment Evaluator professional designation by the International Association of Assessing officers. She was the only deputy assessor in Nebraska to attain the designation and the seventh woman in the entire world to meet the qualifications.

She was a member of the Aurora United Methodist Church and the Order of Eastern Star No. 93, where she served as worthy matron and had received her 50-year pin. She also belonged to the Eagles Auxiliary in Hastings and the Aurora Hospital Auxiliary.

She was preceded in death by her parents; a sister and brother-in-law, Dorothy and Glen Harp; her husbands; a son, Jim, on Jan. 16, 1983; and a stepson, Rick Zehr. 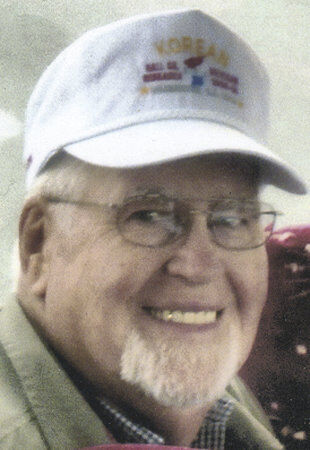 An opportunity to sign the guest book will be from 5 to 7 p.m. Thursday at All Faiths Funeral Home. Due to COVID- 19 the family will not be present.

A private family service will be at 1:30 p.m. Friday with public livestreaming on the All Faiths Funeral Home Facebook page. Public burial of ashes will be at 2:30 p.m. Friday in the Grand Island City Cemetery with military honors rendered by the U.S. Navy and Veterans Honor Guard.

Memorials are suggested to the family.

Wayne graduated from high school in Brandon, Iowa. He entered the United States Navy in 1953, and was honorably discharged in 1957. He served for two years on the U.S.S. Columbus and was later stationed at the Naval Base in Boston, Mass.

On Oct. 27, 1957, he was united in marriage to Berta Canterbury in Somerville, Mass. Following their marriage, they made their home in Cedar Rapids, Iowa. In 1960, they relocated to Grand Island.

Wayne was employed by the Rainbo Bread Co. as Plant Superintendent. He was a lifetime member of the VFW and the Platt Duetsche. Wayne was an avid hunter and fisherman. He enjoyed attending auctions and traveling to Navy reunions. He had a lifelong passion for riding Harley-Davidson motorcycles, and rode until he was 80.

He is survived by his son and daughter-in-law, Randy and Deb Franklin of Grand Island; a daughter and son-in-law, Tami and Jay Harders of Alda; two grandchildren and their spouses, Danielle and Kyle Merithew and Ashley and Tim Dvorak; two great-grandchildren, Addison and Ryker Merithew; a brother and sister-in-law, Jack and Eleanor Franklin of Sydney, Mont; a sister, Carol Lutz of Vinton, Iowa; a special friend, Marlene Spires of Central City; and numerous extended family and friends.

Wayne was preceded in death by his parents; his wife, Berta; a son, Kevin Franklin; a brother Vaughn Franklin; and a brother-in-law, Bob Lutz.

Condolences may be left for the family at www.giallfaiths.com 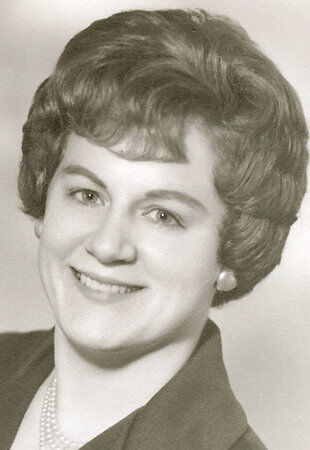 Visitation will be from 6 to 8 p.m. Thursday. Memorials are suggested to the Salvation Army.

Violet was born on Oct. 12, 1934, in Ansley, the daughter of John and Goldie (Hurlburt) Shepherd. She graduated from Ansley High School. Following high school, she attended Mary Stone’s Beauty Academy in Seattle, Wash., and then a Baptist College in California. She moved to Wolbach, were she owned and operated Cozy Corner Beauty Salon.

She enjoyed roller skating where she met the love of her life. Together they were active in Hall County Rural Youth. On April 3, 1971, she was united in marriage to Myron G. Nietfeldt. Together they farmed south of Grand Island. Violet was an avid genealogist. She researched the full history of the Nietfeldt, Stoltenburg and Shepherd families and many others.

Those left to cherish her memory are her husband, Myron; a son, Alan Nietfeldt of Omaha; and her siblings, and their spouses, Leeland and Margaret Shepherd of Issaquah, Wash., Donna J. Shepherd of Grand Island, Evelyn Slingsby of Broken Bow and the Rev. Mel and Deb Shepherd of Ansley; and a sister-in-law, Esther Shepherd.

She is preceded in death by her parents; and her siblings, Phillip (Mona) Shepherd, Dennis Shepherd and Ralph Shepherd.

FULLERTON — Elnora June Shepard, 83, of Fullerton, died Monday, June 1, 2020, at her home surrounded by her family.

Services will be at 10:30 a.m. Friday, June 5, 2020, at Palmer-Santin Funeral Home in Fullerton with the Rev. Vern Olson officiating. Burial will follow in the Prairie Creek Cemetery near Archer.

Memorials are suggested to the family. 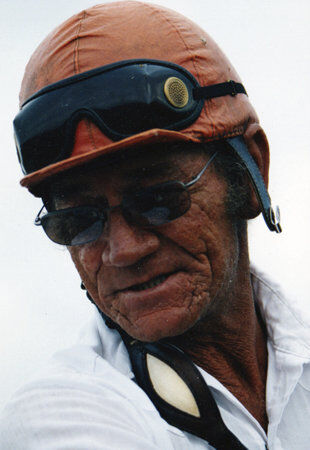 Robert will be buried in Westlawn Memorial Park Cemetery. All Faiths Funeral Home is entrusted with arrangements.

Bob was born Aug. 24, 1950, in Texarkana, Ark. He was the son of Allen and Joyce (Simmons) Young. Bob grew up around horses in Texarkana and spent the rest of his life involved in the horse racing industry in some capacity. Over the years he was a farrier, galloped horses at the track and was an outrider for 37 years. Bob had received many awards due to his outriding abilities, including the White Horse Award which honors “heroism on behalf of human or horse”.

Following his marriage to Louise McInroy, the couple traveled around the country following the races. Bob and Louise worked as a team to buy their own place. Bob wanted nothing as much as having a place of his own to retire on so he could hunt and fish all day.

Those who will cherish his memory include his wife, Louise; three stepdaughters and their husbands, Cheryl and Dennis Werre of Gaston, S.C., Lorraine and Larry Miller of Heyburn, Idaho, and Susan and Jeff Hansen of Phillips; seven grandchildren and 16 great-grandchildren; and brother, Allen Young of Hope, Ark.

He was preceded in death by his parents and a grandson, Matthew. 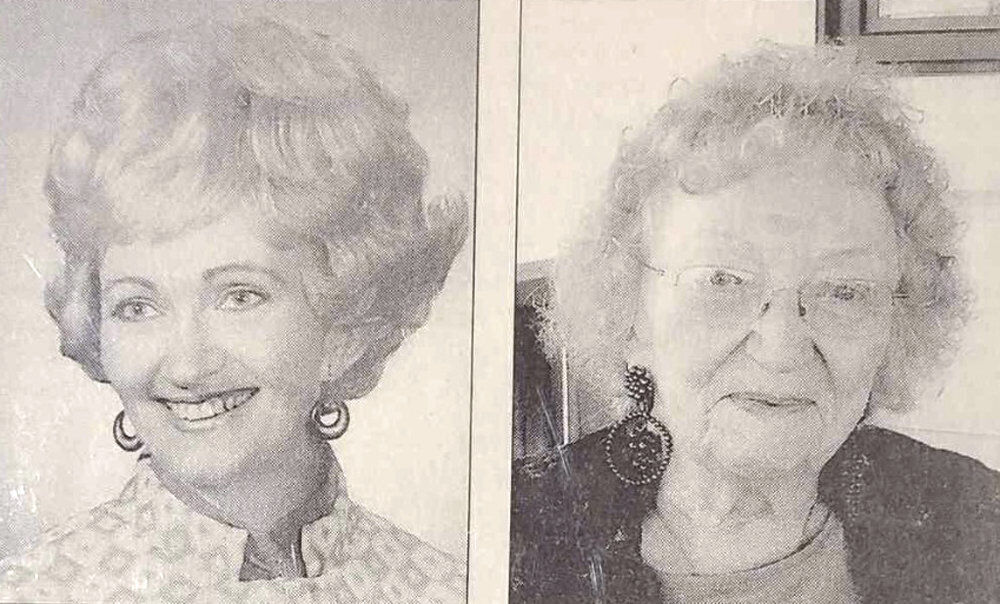 Joan, age 94, went to be with her Lord and Savior on Saturday, May 30, 2020. Living comfortably until her final days, she passed quietly in her home, surrounded by her family, whom she loved very much.

Arrangements were entrusted to Higby-McQuiston Mortuary in Aurora.

Due to the necessary social distancing from the COVID-19 restrictions in place at this time, visitation will be from 5 to 7 p.m. Wednesday at Higby-McQuiston Mortuary in Aurora. A private family funeral service will be Thursday Pastor Michelle Reed will officiate. Interment will be in the Phillips Cemetery.

Condolences may be emailed to the family through the mortuary website at www.highbymortuary.com.

Memorials in Joan’s name may also be mailed to the Phillips Memorial Hall or the Phillips United Methodist Church.

Joan Virginia Heinzman was born to Lloyd and Anna Marlatt on April 27, 1926, in Holyoke, Colo. The family moved to Trumbull during her childhood where her parents and younger sister, Reva, ran a family farm. Joan was a natural leader during her youth with involvement in church and many activities.

She met her soon-to-be husband, S. Wayne Heinzman, when Phillips United Methodist Church hosted a youth rally. She was leading the group in a lesson when Wayne decided to heckle her from the back of the room and she insisted that he leave. He loved her spirit and several weeks later picked her up on a motorcycle at her Trumbull home for their first date. They dated during high school and she graduated in 1943. They were married on Aug. 24, 1944, in Belleville, Kan.

Joan was very ambitious in her career and family life. She graduated from the Grand Island College of Business in 1944 and started her administration career with the U.S. Army in 1945. She had three children, John, Patricia and Scott, while balancing her career. She served as the Hamilton County Civil Defense Director from 1963 to 1967 and Hall County Civil Defense Director from 1967 to 1980. During her career she was able to attend President John Kennedy’s Inauguration and travel to Russia and China.

After being Civil Defense Director, she sold Saladmaster Cookware, worked for Bosselman’s Corporate Office and Heinzman’s Street Rods. She was part of the Beta Sigma Phi Sorority for more than 60 years. Over her lifetime, she was involved in the Chamber of Commerce Diplomats, Civil Air Patrol, the Order of the Eastern Star, the Third City Citizen’s Radio Club and the Phillips United Methodist Church.

Joan and Wayne also enjoyed cruising on their motorcycles to Sturgis and the Honda Wingdings, and cheering at every Husker football and basketball home game.

Joan was preceded in death by her parents; her husband, S. Wayne Heinzman; and a son, Scott Lee Heinzman.