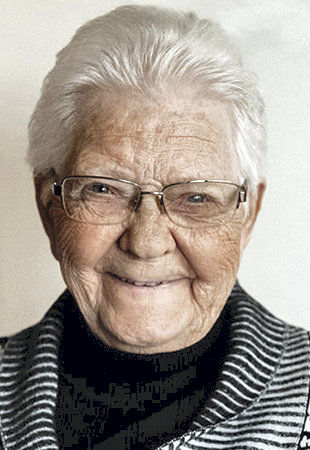 Service and celebration of Beulah’s life will be at 11 a.m. Friday, Jan. 17, at GI Free Church in Grand Island.

Beulah was born Aug. 29, 1927, in Cozad to John and Neva (Halverstadt) Loibl. She lived on various farms until her parents moved to Greeley, Colo. She met her husband, Tom, while visiting a cousin in North Platte. They were married in Phillipsburg, Kan. Beulah took care of her mother until her death and then moved to Grand Island.

Beulah worked for JC Penney for 10 years and then for Circle C South Motor Inn for 21 years, retiring at the age of 68.

She truly loved working in her yard. She said she felt closer to God while pulling weeds and she knew Jesus hated weeds also. Beulah also enjoyed genealogy, gardening, cooking and crocheting.

Beulah was a member of the Free Evangelical Church and White Cross. She was a faithful attendee of Barb Miller’s Bible study class for many years and bonded deeply with many special friends from that study.

Beulah is survived by her and Tom’s one daughter, Debra VanBuskirk; a daughter by heart, Billie Henderson; three grandchildren and their spouses, Brandon and Melissa VanBuskirk, Jace and Jeffrey Bonsall and Benjamin VanBuskirk; seven great-granddaughters, Ellee and Emma VanBuskirk, and Isla and Neve Bonsall, and Madison, Kennedie and Reagen VanBuskirk; and a great-great-grandson, Brooks Douglas VanBuskirk. She is also survived by a brother and sister-in-law, Marc and Sue Loibl; a sister and brother-in-law, Barbara and Ivan Skinner; and several nieces and nephews.

She was preceded in death by her husband, Tom, in 1990; her parents; a son-in-law, Douglas VanBuskirk; and two brothers and sisters-in-law, Glenn and Ginger Loibl and Bobby and Betty Loibl.

Memorials are suggested to GI Free Church of Grand Island. 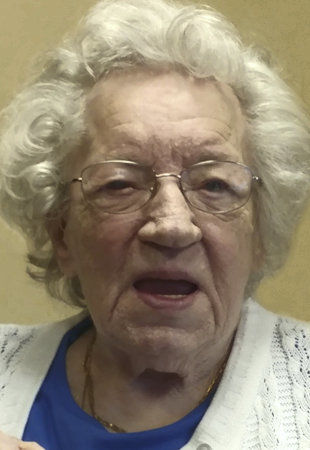 Celebration of life service will be at 11 a.m. Tuesday at All Faiths Funeral Home. Daniel Naranjo will officiate. Cremation will take place following the service. Burial of ashes will be in Millerton, Pa.

Visitation will be an hour before service time. Memorials are suggested to the family for future designations.

Midge was born on April 21, 1924, at Canton, Pa., the daughter of T. Edwin and Agnes (Wilcox) Smith. She was raised in the northern Pennsylvania and southern New York area, receiving her education in Canton, Pa.

During World War II, she worked for Remington Rand on the Norden Bomb Site fabrication. She was a member of AWVS during the war. On March 27, 1948, she was united in marriage to Robert H. “Bob” Miller. They were a military family living worldwide.

Midge loved cats and they loved her. At one time she had more than 20 fur babies. Mischief still lives with her daughter in Grand Island. She also enjoyed include painting landscapes, sewing, working crossword puzzles and shopping at thrift stores. Most of all, she enjoyed her family.

She was preceded in death by her parents; her husband, Bob, in 2001; a brother, Francis “Bud”; a sister, Dorothy “Dot”; a granddaughter, Jerilynn; and great-granddaughters, Alex and Ashley. 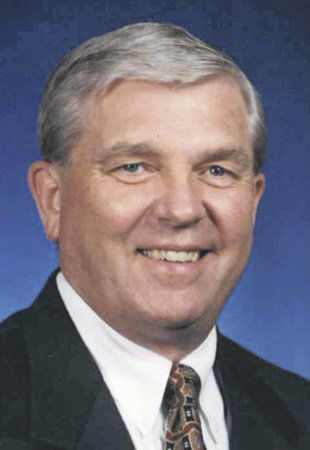 The family will celebrate Doc’s life at 11 a.m. Wednesday, Jan. 15, at Curran Funeral Chapel in Grand Island. The Rev. Adam Snoberger will officiate.

The family will greet friends from 10 a.m. until service time. Military honors will be rendered by the U.S. Air Force Honor Team and the United Veterans Honor Guard. Private family inurnment will be in the Central City Cemetery.

Curran Funeral Chapel is assisting the family. You are welcome to sign Doc’s guestbook at www.curranfuneralchapel.com under his obituary.

Doc was born July 27, 1938, at York. He was the son of William Elmer and Dorothy Anne (Snyder) Burhoop. He lived in York before moving at a young age with his family to Central City. He graduated from Central City High School in 1955, continuing his education at the University of Nebraska in Lincoln before entering Kansas State University, College of Veterinary Medicine, where he completed his degree in 1962.

He married Jean Ross in September 1959; they later divorced.

He returned to Central City, later moving to York, where he began his veterinary practice. In 1984, he moved to Grand Island, where he owned and operated his small animal practice, Pet Hospital, until retiring in 2010. He married Beverly “Bev” (Hurst) White on June 21, 1991, in York. They lived in Aurora.

Doc loved his work and genuinely cared for all animals. He was a people person; he could strike up a conversation with anyone and by the conclusion of that conversation you were friends. He was proud of his children and grandchildren.

His favorite pastimes as his children were growing up included boating, water sports, snow skiing and horseback riding. He always had a love for hunting anything with feathers or fur, but raised the bar when he started big game hunting with his youngest son 20 years ago. He loved the challenge and managed to score on some of those trips: mountain goat, mountain sheep, elk, and many stories.

He will be missed by his wife, Bev White of Aurora; his children and their spouses, Kimberly and Richard Troia of Omaha, Cynthia and Dr. Thomas Weber of Omaha, Dr. Curtis and Kimberly Burhoop of Walton and Dr. Craig and Julie Burhoop of McCook Lake, S.D.; his stepchildren and their spouses, Lisa and Craig Stanton of York and Jeremy and Karolyn White of Raymond; grandchildren, Sarah, Alex, Thomas and Christian Troia, Michael, Chris (Samantha) and Lauren Weber, Jacob, Noah, and Elizabeth Burhoop, and Abigail and Isabella Burhoop; and stepgrandchildren, Tori Stanton, and Joey and Jianna White.

He was preceded in death by his parents; a sister, Sharon Burhoop; a brother, Ronald Burhoop; a grandson, Brady Burhoop; and his mother-in-law, Virgie Hurst.

Memorials are suggested to Hamilton Community Foundation or donor’s choice.