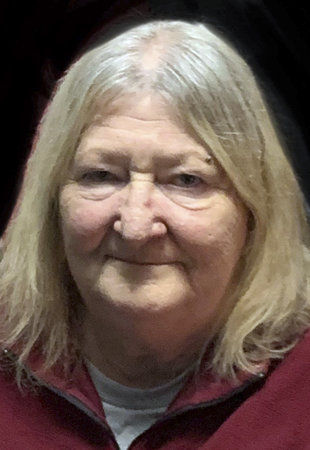 Sharon M. (Meyer) Cemper, 69, of Grand Island, made her transition peacefully with her family by her side on Thursday, Feb, 6, 2020, at Nebraska Medicine in Omaha.

Services will be at 11 a.m. Monday, Feb. 10, at Apfel Funeral Home in Grand Island. Derek Apfel will officiate. Cremation will take place following the services.

Over the years, Sharon was employed with Pepsi, Coca Cola and Leon Plastics. She retired in 2007 due to health issues. Sharon enjoyed camping, fishing and spending time with family, and her boys, Thomas, Jamie and Brody. She will be loved and missed by so many.

Those left to cherish her memory include her daughter and son-in-law, Jody and Terry (Meyer) Pullins of Grand Island; granddaughters, Nicole (Will) Turner of Fremont, and Kara (Nathan) Coon and Shelby Pullins (Cedric Brandenburg), all of Grand Island; two great-granddaughters, Addison Johnson and Remington Turner; and one great-grandbaby due in May 2020, Augustus Brandenburg.

She was preceded in death by her parents; her husband of 36 years, Jim Cemper; a sister June (Meyer) Quaife; and two brothers-in-law, Larry Kucera and Larry Shoopman.

Memorials are suggested to the family. Online concolences may be directed to www.apfelfuneralhome.com. 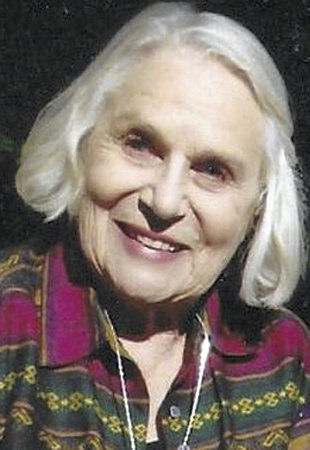 Barbara Jeanne (Finley) Brown, 90, passed away peacefully on Jan. 31, 2020, in Grand Island after a short illness. She was a native Nebraskan and a descendant of pioneer families that settled in Hall County in the 1880s.

A celebration of Barbara’s life will be scheduled at a later date. Memorials can be directed to the Central Nebraska Humane Society, or to the charity of the donor’s choice.

Barbara was born Jan. 31, 1930, in Grand Island to Howard John and Jean Bergland (Wingert) Finley and always said she enjoyed a very loving and happy childhood. She had an older brother, Roland, who passed away in 2008. Barbara attended schools in Grand Island, graduating from Grand Island High School in 1948. She then attended the University of Nebraska, and was active in Phi Beta Phi sorority, graduating in 1952 with a degree in education.

Like her father, she pursued a career in education, teaching art in Omaha and later in Lincoln and for Grand Island High School. In 1954, she attended the Art Institute of Los Angeles where she furthered her studies in painting.

Barbara married Burton Brown, who passed away in 1994. After their marriage in Lincoln in 1975, they moved back to Grand Island, where she lived for the rest of her life. She loved the adventure of travel, visiting many countries including, in 1969, while a single woman, a voyage on the Queen Elizabeth 2 from New York to Southampton.

While living in Lincoln, she was a tour guide and led trips throughout the United States. Barbara was also a very talented artist and belonged to several art clubs. She painted and enjoyed beadwork, fashioning beautiful necklaces and bracelets. She loved to read and was active in several organizations, including P.E.O., and also spent time volunteering for the Stuhr Museum and Central Nebraska Humane Society.

Barbara was a deeply spiritual person. She was a member of the Trinity Methodist Church in Grand Island, but also attended the Unity Church for a time. Barbara’s ultimate love, however. was for animals. She was known for her fondness of stray animals and they seemed to sense it as many found their way to her house, where she adopted them. She had many special cats and dogs that she considered her “family”. She used to say jokingly “My kids have four paws and my cats are just children with fur!”

Barbara is survived by her niece, Paula Finley of Roseville, Calif., and her nephew, Scott Finley of El Dorado Hills, Calif. Having lived most of her life in Grand Island, she had many, many dear friends who she considered extended family. She will be greatly missed by all who knew and loved her. 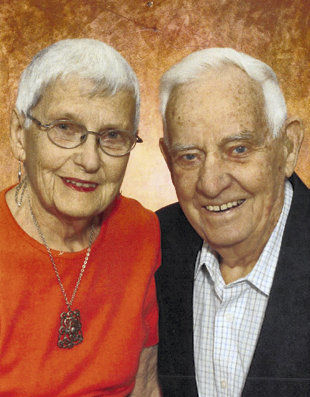 The family of Donald and Florence Deininger will host a Celebration of Life for Mr. and Mrs. Deininger from 2 to 4 p.m. Saturday, Feb. 15, 2020, at Brookefield Park in St. Paul. A service is set for 2 p.m. in the chapel.

Friends and family are invited to share fellowship and stories.

Memorials may be made in care of St. Jude’s Children’s Research Hospital.

Online condolences may be directed to the family at www.jacobsengreenway.com or www.higbymortuary.com

FULLERTON — Lucretia “Lucy” Rose Reis, 69, of Fullerton, passed away peacefully with her family by her side on Friday, Feb. 7, 2020, at CHI Health St. Francis in Grand Island after a long battle with cancer, heart and lung disease.

Visitation will be from 5 to 7 p.m. Monday, Feb. 10, with a rosary service to follow, at the church.

A memorial service and celebration of Doris’ life will be 2 p.m. Friday, Feb. 14, at All Faiths Funeral Home.

A gathering of family and friends will take place an hour prior the service at the funeral home.