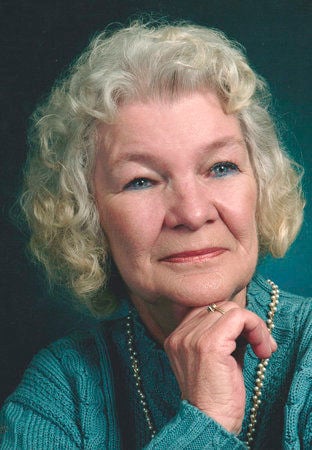 Memorial service and celebration of Doris’ life is at 2 p.m. Friday at All Faiths Funeral Home. A gathering of family and friends will take place an hour prior the service at the funeral home.

Doris was born April 12, 1943, at Dunning, the daughter of Stanley and Helen (Wilson) Reynolds. She received her education in Alliance.

Doris was united in marriage to Donald Geiger, and two sons were born to this union. She later married Fred King. Doris had various employment over the years, including at Delicious Foods and manager of Cottonwood Trailer Courts. Most recently she was employed with Home Care and Companions.

Doris was a faithful believer and prayer warrior with Jimmy Swaggert Ministries and Joyce Meyer Ministries. She enjoyed walking, cleaning her house, word search puzzles and spending time with others.

She was preceded in death by her husbands, Donald Geiger and Fred King; her parents; two brothers, James and Robert; and a daughter-in-law, Melissa Geiger.

Memorials are suggested to the family to be designated at a later date. 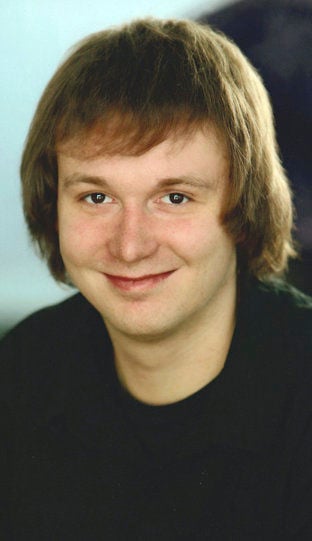 Services to honor Sam’s life will be held at 5 p.m. on Saturday at All Faiths Funeral Home. Daniel Naranjo will officiate. Sam requested that casual attire to be worn, jeans are welcome.

Reception to follow at Riverside Golf Club. In lieu of flowers, memorials are suggested to Berklee College of Music Scholarship fund.

Following school, Sam worked at the Village Studios in Los Angeles, Calif. He then moved to Mesa, Ariz., where he opened his recording studio, Pearlhouse Recordings.

Sam was funny, sensitive and kind. He loved music and traveling. If you were lucky enough to have Sam as a friend, you knew he would always be there for you. He worked hard for his dreams, accomplishing most in his short time on earth.

Those left to cherish his memory include his parents, Steve and Vickie Rasmussen; his sisters, Heather (Nate) Lewis of Adams, and Rachael (Adam) O’Callaghan of Doniphan; nephew, Eli O’Callaghan; and grandfathers, Jack “Bud” Rasmussen, Glen Hadenfeldt and William Stoppkotte, all of Grand Island.

He was preceded in death by his grandmothers, Joanne Rasmussen, Cherrill Stoppkotte and Bernice “Babs” Hadenfeldt; and his uncle, Scott Rasmussen. 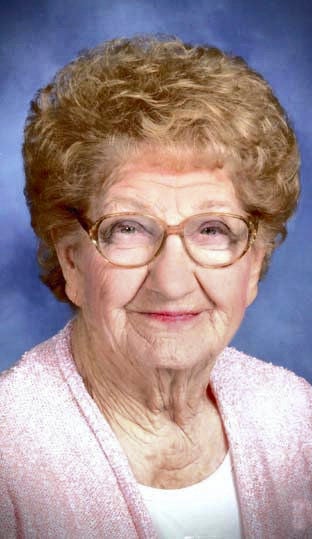 Mass of Christian Burial will be at 10:30 a.m. Saturday at Our Lady of Perpetual Help Catholic Church in Ord. The Rev. Scott Harter will celebrate the Mass. Burial will be in the Mount Hope Cemetery in Scotia.

Peters Funeral Home of St. Paul is assisting the family.

Helen was born on March 8, 1930, on the family farm near Ashton, the daughter of Harry and Sally Ann (Kaminski) Smedra. As a child she grew up in different communities and attended country schools. She was a 1949 graduate of Loup City High School.

In the fall of 1949, with the encouragement of her grandmother, Stella Kaminski, she entered into the St. Francis School of Nursing. In May of 1952, she graduated as a Registered Nurse. She worked in pediatrics at St. Francis until she moved to Loup City where she was employed by Sacred Heart Hospital.

On June 9, 1953, she married the love of her life, Lawrence George Roy, at Loup City. The couple first made their home on a farm near Dannevirke. In 1957, they moved to irrigated farmland near Scotia, which has been her home ever since.

During her lifetime she has devoted herself to the selfless caring of others and worked as a nurse in the Loup City, Ord and St. Paul hospitals. In 1970, she started working for Central Nebraska Community Services as the Head Start nurse for the program. She worked with over 350 children and their families each year. She also worked with Nebraska Public Health, starting the first immunization program for Central Nebraska. On May 4, 1989, she received the Nebraska Public Health Association Distinguished Service Award for her pioneering work in this area.

She retired from nursing in 1995, and has played a critical role in the reason why members of her family have decided to become nurses, a psychologist and a speech language pathologist. Her pioneering spirit led some of her children and grandchildren to start new businesses, as well as travel far for education and take chances. She was proud of all her children’s career choices. Helen continued to work after retirement with her family in the dairy business and later cattle business.

She enjoyed crafts, garage sales, canning, embroidering and making quilts. She was known at the Junk Jaunt as the lady with the cinnamon pickles. People would travel as far as from Texas just to make sure to get some of her cinnamon pickles.

She was a member of Our Lady of Perpetual Catholic Church of Ord and its Council of Catholic Women.

She is survived by her children and spouses, Martin and Talana Roy of Overton, Kay and Roger Torske of Hastings, Pamela and Mark Geihsler of Dallas, Texas, Janel and Mike Tagart of Grand Island, Daniel and DeeAnn Roy of Scotia, Steven Roy of Branson, Mo., and Donald and Dena Roy of Scotia; 10 grandchildren, Brian and Christina Roy, John and Lindsey Roy, Jeremey and Kristi Geihsler, Chevis Geihsler, Kelsey and C.J. Toms, Mercedes and Travis Hargreaves, Ashley and Todd Lothrop, Shantelle Roy, Katriona Roy and fiancée Cole Koenig, and Kaitlin Roy; eight great-grandchildren, Peyton, Elle and Brooks Geihsler, Coraline, Adelaide and Ezra Roy, Kierra and Daryn Hargreaves, and two more great-grandchildren on the way; two sisters and one brother-in-law, Betty Damratowski of Grand Island and Bonnie and Dennis Piontkowski of Bennington; she was also blessed with many wonderful nieces and nephews.

Condolences and memories may be shared with Helen’s family by visiting www.petersfuneralhome.net. 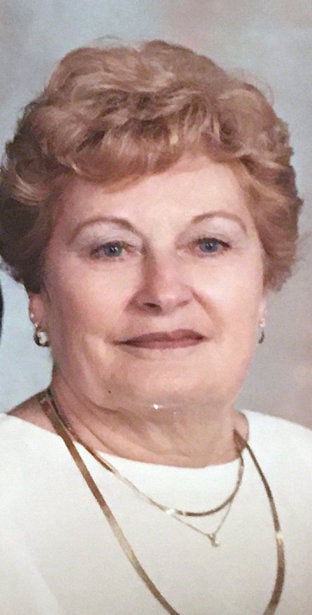 Funeral services will be at 11 a.m. Wednesday, Feb. 19, at the Bethany Lutheran Church in Minden, with the Rev. Donald Hunzeker and PMA Julie Schmidt officiating. Private family interment will be held prior to services at the Minden Cemetery.

Visitation will be from 4 to 6 p.m. Tuesday at the Craig Funeral Home in Minden, with family receiving friends. In lieu of flowers, memorials in Betty’s honor are kindly suggested to Bethany Lutheran Church in Minden. Craig Funeral Home is in charge of the arrangements.

Betty was born March 30, 1928, to Lloyd E. and Wilma L. (Bodle) Nelson. She grew up in Minden graduating from Minden High School. She married Burdette Carlson on May 2, 1948, in Minden. They lived in Holdrege, Minden, Axtell and later moved to Grand Island.

Betty worked for Miller the Driller as their bookkeeper for many years. She later owned and operated her own ceramic shop in Minden. She loved the game of golf and played in a women’s golf league. She was a member of the Bethany Lutheran Church and sang in the choir for many years. Betty also belonged to the Minden Garden Club, played bridge and SomeRset. She and Burdette loved to dance at the Elks Club in Kearney and the Liederkranz in Grand Island.

Betty was a caring and loving wife, mother and grandmother.

Survivors of the immediate family include her son, Dan and wife Barbara Carlson of Omaha; daughters, Becky Janda of Omaha, Tami Manhart of Grand Island, and Beth and husband Chris Petty of Denver. Additional survivors include 12 grandchildren and 22 great-grandchildren; as well as a host of extended relatives and close friends.

She was preceded in death by her husband, Burdette; son-in-law, Mike Janda; brother, Gary Nelson and his wife, Dorothy. 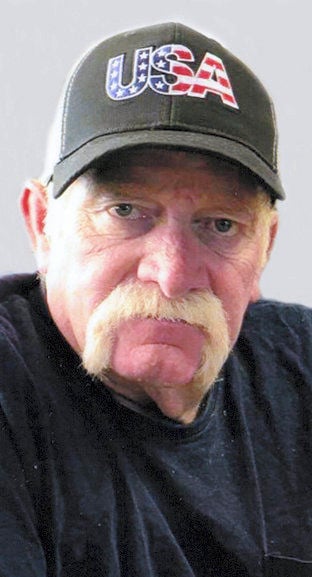 Services will be held at 10:30 a.m. on Thursday at Trinity United Methodist Church in Gollaher Chapel. The Rev. Kelly Karges and Pastor Murray Jones will officiate. Burial will follow in Grand Island City Cemetery.

Visitation will be one hour prior to service time.

Memorials are suggested to Mark’s family for future designation.

All Faiths Funeral Home is entrusted with arrangements.

He attended country schools near Grand Island, 1-R School and graduated in 1977 from Northwest High School.

On August 10, 1985, he was united in marriage in Grand Island to Karen Brown, the union was blessed with two children; Geoffrey and Emily.

Mark was a long-time employee of Werner Construction of Hastings, reconditioning roads all over the state of Nebraska.

In his spare time, he enjoyed hunting and fishing, oftentimes sharing his love of the outdoors with his children. He was a man of few needs and appreciated the simple joys in life, the outdoors, good friends and loved his family.

Mark was preceded in death by his father, Enos; and brother, Kevin. 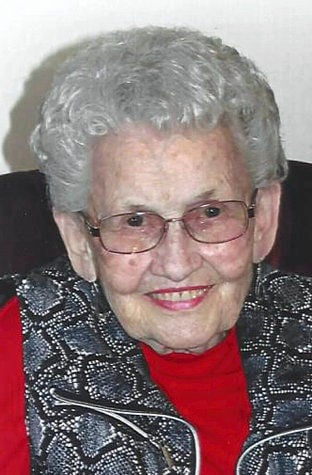 She was born Jan. 26, 1928, the fifth of nine children, to Hugh C. and Lillie V. (Snider) Drake of rural Comstock. She attended Spring Creek District 163 school in her early years; graduating from Comstock High School in May 1946. Dorothy began teaching “country” school at the age of 19, often riding a horse to school. She attended summer classes at Kearney State College to complete her education degree, graduating in May 1962. She spent 39 years teaching in various area schools, including Comstock, Arcadia and Ord. Her love of books led her to earn additional credits to become the media specialist at Ord Elementary until her retirement in 1988.

Dorothy met the love of her life, Gordon G. Manning, in 1947. They were united in marriage March 25, 1948, then started their life together near Swiss Valley in Custer County. They later bought a ranch west of Arcadia where they raised their two children, Les (Sandi) of Broken Bow and daughter Sonya (Kevin) Chilewski of Cairo. Despite the demands of commuting to town to teach and continuing her education, Dorothy was a devoted, loving mother. She was a fine example of strength, manners, kindness and faith. The close-knit Drake family enjoyed getting together and began holding semi-annual reunions in 1981. Dorothy and Gordon traveled the United States extensively in their retirement years until his untimely death in 1995.

Dorothy was an active member of the American Legion Auxiliary, Delta Kappa Gamma Teachers’ Society, the PEO Sisterhood, B# Extension Club, the United Methodist Church and United Methodist Women. She put great effort into deepening her understanding of scripture by attending Bible study groups as well as reading her Bible.

Interment will be Feb. 13 at the Broken Bow Township Cemetery. She will be greatly missed by her family, including a host of nieces, nephews, other relatives and friends.