A Celebration of Life will be at 11 a.m. on Monday at the Ord Memorial Chapel. Pastor Kyle Campise will officiate. Burial will be in the Ord Catholic Cemetery. 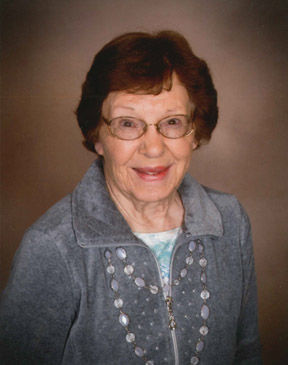 Visitation will be from 3 to 6 p.m. Sunday at the church, with a rosary to follow at 6.

Billy was born on Oct. 10, 1927, in Gregory, S.D., to William and Verona (Wendel) McCright. She grew up in Grand Island and graduated from Grand Island Senior High with the class of 1945. She was united in marriage to William C. Wetterer Jr. on Oct. 20, 1945, at Wood River. The couple then lived on the farm near Wood River.

Billy was employed by The Grand Island Independent as the family living editor for 23 years and continued to write a column for The Independent until recently.

She was the 1996 recipient of the Grand Island YWCA Woman of Distinction Award.

She was preceded in death by her husband, William; granddaughter, Brenda Limon Coakley; a son, Donald; and a brother, Gerald McCright.

Online condolences may be directed to the family at www.apfelfuneralhome.com. 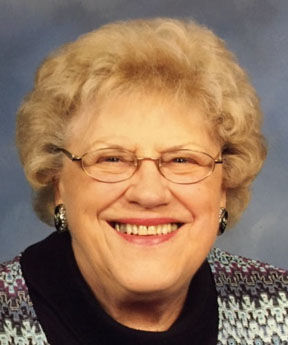 HOLDREGE — Marcella Louise “Sally” McMinamen, 91, of Holdrege passed away on Wednesday, Feb. 12, 2020, at the Christian Homes Care Community at Holdrege.

Mass of Christian Burial will be at 11 a.m. on Friday, Feb. 21, at the All Saints Catholic Church in Holdrege, with Monsignor Paul Witt as Celebrant. Rosary will be recited at the church prior to the Mass at 9:30. Following the traditional service, cremation will take place and a private family inurnment will be held at a later date at the Prairie Home Cemetery in Holdrege.

Visitation will be held prior to the Mass at the All Saints Catholic Church in Holdrege.

She was employed at Northwestern Bell in Grand Island for 16 years.

A memorial has been established in Sally’s honor and kindly suggested to the All Saints Catholic Church.

Expressions of caring and kindness can be sent to the family at www.nelsonbauerfh.com.

The Nelson-Bauer Funeral Home in Holdrege is in charge of the arrangements.

Visitation will be from 4 to 7 p.m. Monday at Apfel Funeral Home.

Funeral services will be at 10:30 a.m. Monday at the United Methodist Church in Burwell. Burial will be in Cottonwood Cemetery in Burwell. Pastor Dennis Davenport and Pastor Lyle Dempster will officiate.

Visitation will be from 5 to 7 p.m. on Sunday at Hitchcock Funeral Home in Burwell. Memorials are suggested to the Burwell Ambulance Fund or Community Memorial Health Center.

Doris is survived by seven children, Delynn Hoover of Dunning, Bob and Angie Reineke of Elm Creek, Kim Reineke and Tim Churchill of Burwell, Kathy Casey and friend Keith Nadeau of Miami, Fla., Kaylene and Kirk McCarville of Burwell, Kelcy and Tony Tipsword of Burwell, and Billy and Liza Reineke of Ericson; 31 grandchildren, 46 great-grandchildren and a great-great-grandchild; and brothers, Charley and Reita Lloyd of Callaway, and Jack and Donna Tubbs of Kearney.

Doris was preceded in death by her parents, her husband and three brothers, Jerry Lloyd, Dwight Lloyd and Wynn Lloyd.

Services are pending with Higgins Funeral Home in Loup City.