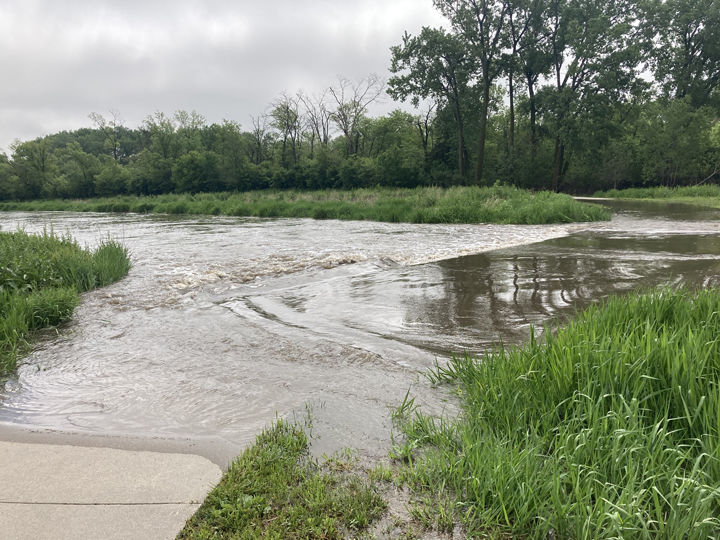 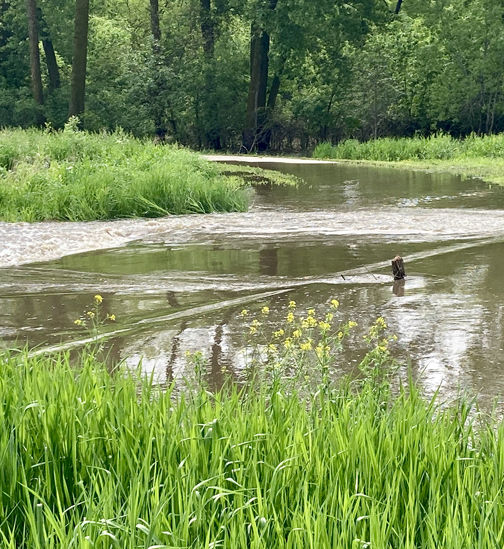 According to the National Weather Service in Hastings, Central Nebraska Regional Airport in Grand Island received 4.67 inches over the two-day period. In those 48 hours, the Aurora airport received 4.46 inches, Ravenna got 3.13 inches, Osceola had 2.82 inches and Hastings airport had 2.68 inches.

Water was a hazard west of the intersection of St. Paul and Abbott roads and on 70th Road, north of Abbott.

Motorists also had to be careful at Engleman Road, south of 1R, and Monitor Road south of Platte River Drive.

A culvert washed out on Binfield Road, east of Monitor Road.

Close to 4 inches of moisture fell on the area over the two-day period.

All of the roads are passable. Flags and barricades have been erected to help motorists, who may encounter mud or spots where some gravel is missing, Riehle said. Four-wheel-drive vehicles are recommended on Monitor, south of Platte River Drive.

Fortunately, water levels dropped during the course of the day Saturday.

The portions of the diversion built over the winter by the Amick Acres homeowners association worked as intended, Riehle said.

Work still needs to be done downstream from Amick Acres. Some of that work was done Friday with an excavator.

“We still want to make some more improvements there so we get the water moving a little bit faster, because the better you keep the water moving, the less impact it has on groundwater,” Riehle said. Groundwater only makes you “nervous when you’re close to a basement.”