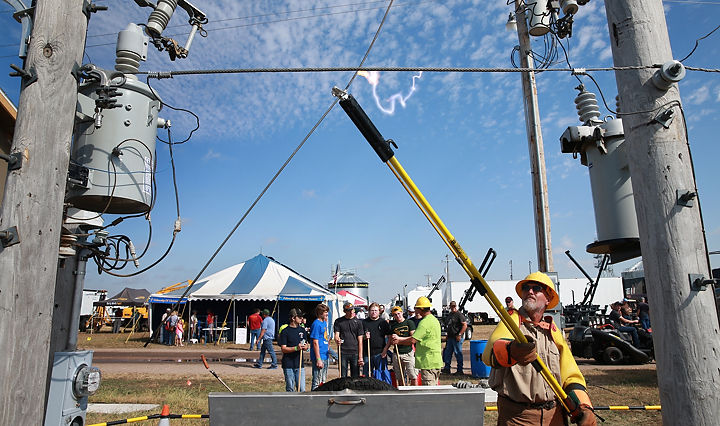 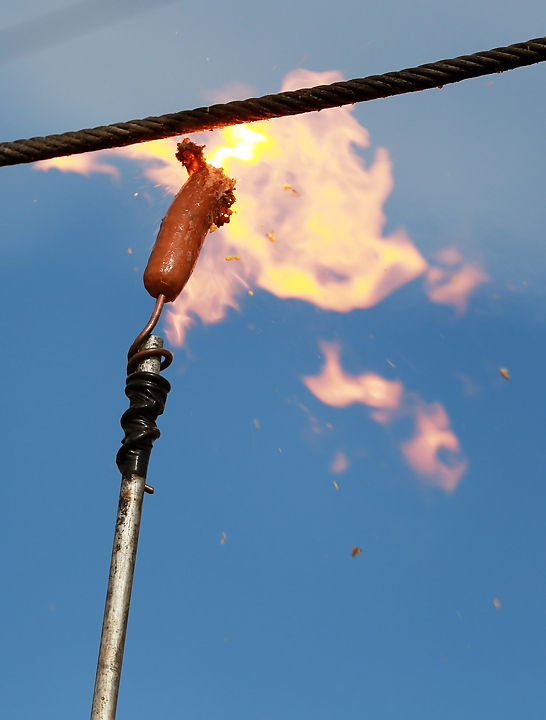 A hot dog simulates a human finger struck by an arc of electricity during an electrical safety demonstration with a hotline trailer at the Husker Harvest Days site west of Grand Island. (Independent/Barrett Stinson) 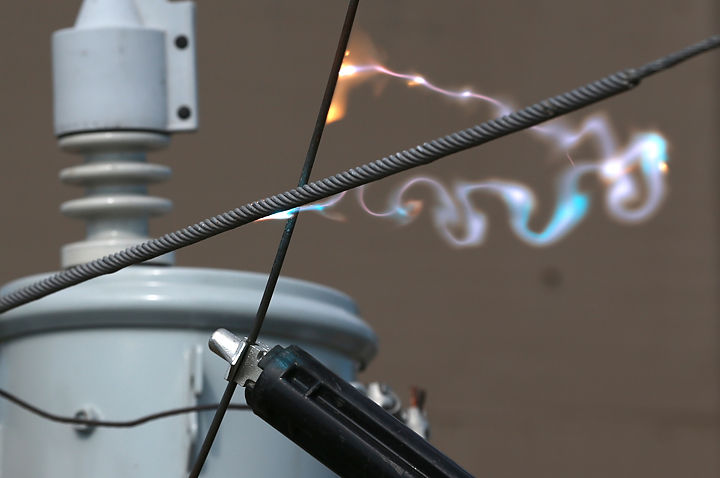 An arc of electricity creates a beautiful pattern during an electrical safety demonstration with a hotline trailer at the Husker Harvest Days site west of Grand Island. (Independent/Barrett Stinson) 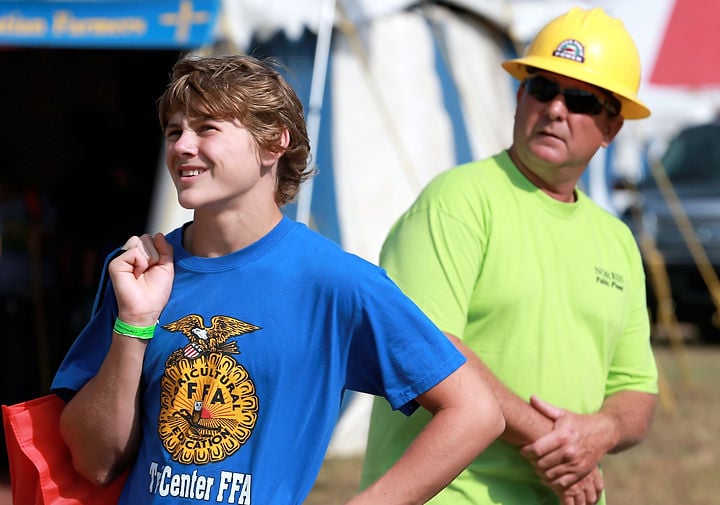 A hot dog simulates a human finger struck by an arc of electricity during an electrical safety demonstration with a hotline trailer at the Husker Harvest Days site west of Grand Island. (Independent/Barrett Stinson)

An arc of electricity creates a beautiful pattern during an electrical safety demonstration with a hotline trailer at the Husker Harvest Days site west of Grand Island. (Independent/Barrett Stinson)

A visitor at Husker Harvest Days can be overwhelmed by the technological prowess and power of modern agriculture, but with such great power comes great responsibility for producers seeking to be safe.

That was the message of Nebraska’s rural public power districts at Husker Harvest Days.

Electrical safety demonstrations have been part of the show since 2006. The official sponsor of the demonstrations is Customer Solutions Network, a group of representatives from Nebraska public power districts. Major participating districts include Loup PPD, Dawson PPD, Custer PPD and Southern PPD.

Providing the safety demonstrations were the men and women who, on a daily, year-round basis, make sure the public has the power to sustain its daily activities. On Thursday, it was linemen from Southern Public Power.

One demonstration showed what happens to human flesh when it comes in contact with a 7,200-volt arc, using a hot dog to represent a human finger.

The linemen educated farmers about how to respond if they come in contact with a power line with their field equipment or a vehicle. They also shared basic safety tips appropriate for people of all ages, including how to use electricity safely in and near the home and always to avoid a downed power line and call the local utility.

The safety demonstration was condensed to a specific reminder for farmers and others this harvest season via the slogan “Look Up and Live.”

“Look up before you lift anything up, and with big machinery, always make sure you have clearance,” said Matt Lovejoy, who has been a jouneryman lineman with Southern PPD for 10 years. “It is all about keeping the public safe.”

Lovejoy was an apprentice lineman for three years before becoming a journeyman. He said being a lineman is a constant learning experience as they deal with thousands of miles of hot lines that can come into innumerable situations where they become a hazard.

Although dangerous, the job does bring satisfaction to those who risk their lives on a daily basis, such as Lovejoy, who said it’s all about “keeping the power on.”

“It is a good feeling being able to turn a person’s power back on,” he said.

One of the popular demonstrations at Husker Harvest Days is the burning hot dog that simulates what electricity can do to human flesh.

“It shows you that electricity burns you from the inside out,” Lovejoy said.

They also demonstrate the power of electricity on a pickle. Like the human body, a pickle is full of salt, which is a great conductor of electricity.

For children, Lovejoy said, they demonstrate safety from such common occurrences as a Pop-Tart getting stuck in the toaster and a kid reaching in with a knife or fork to pry it out without unplugging the appliance.

“We try to get through to them to think before you do,” he said.

The linemen tell the public a lot of things that should be common sense but always need to be reinforced, such as if a power line falls down, don’t try to drive over it or walk toward it. Or if it is on the ground, don’t touch it. Don’t consider it off until a lineman tells you it’s off and it’s grounded.

— When working in the fields, take a few minutes to look for overhead electric lines.

— When farm equipment accidentally becomes entangled in power lines, remain inside the equipment until help arrives.

— Each day, review all farm activities and work practices that will take place around power lines and remind all workers to take precautions.

— Know the location of power lines and, when setting up the farm equipment, be at least 20 feet away from them. Contact your local power provider if you feel that distance cannot be achieved.

— Use care when raising augers or the bed of a grain truck. It can be difficult to estimate distance, and sometimes a power line is closer than it looks. When moving large equipment or high loads near a power line, always use a spotter to make certain contact is not made with the line.

— Always adjust portable augers or elevators to their lowest possible level — less than 14 feet — before moving or transporting them. Variables such as wind, uneven ground, shifting weight or other conditions can combine to create an unexpected result.

— Be aware of increased height when loading and transporting larger modern tractors with higher antennas.

— Never attempt to raise or move a power line to clear a path.

— As in any outdoor work, be careful not to raise any equipment such as ladders, poles or rods into power lines.

— Non-metallic materials such as lumber, tree limbs, tires, ropes and hay will conduct electricity, depending on dampness and dust-and-dirt contamination.