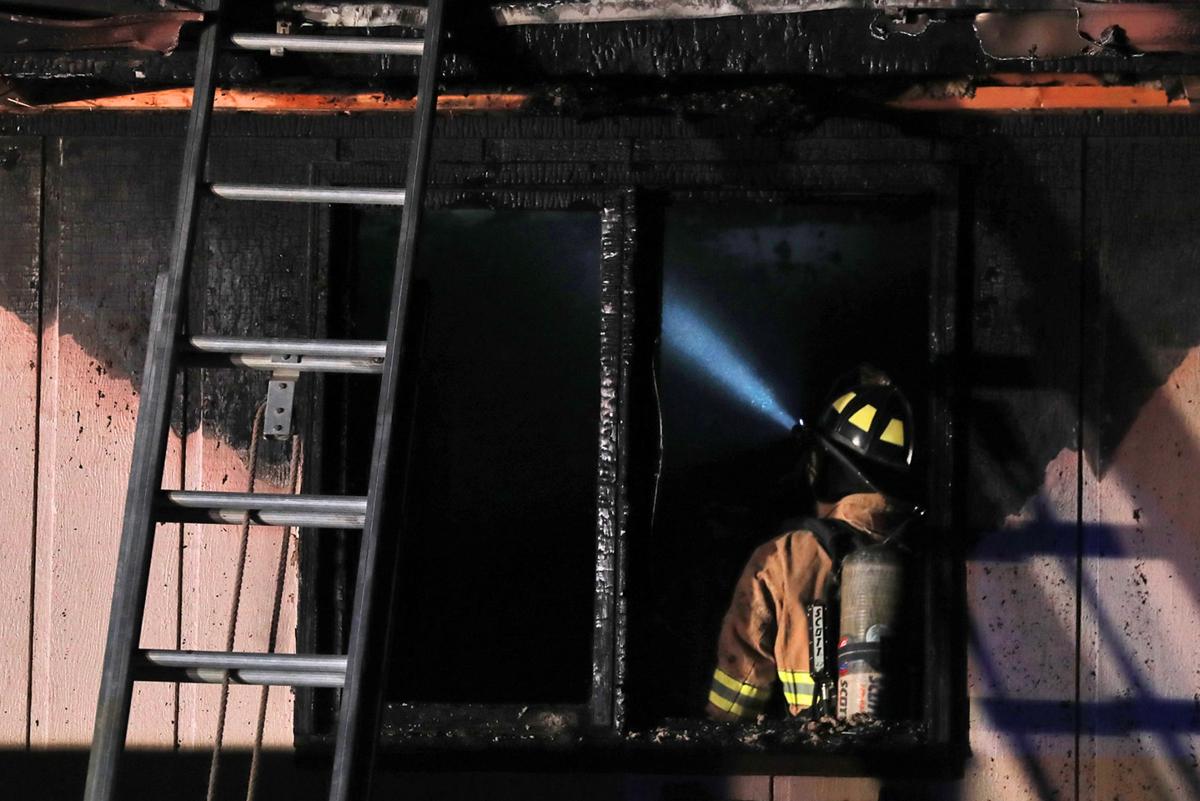 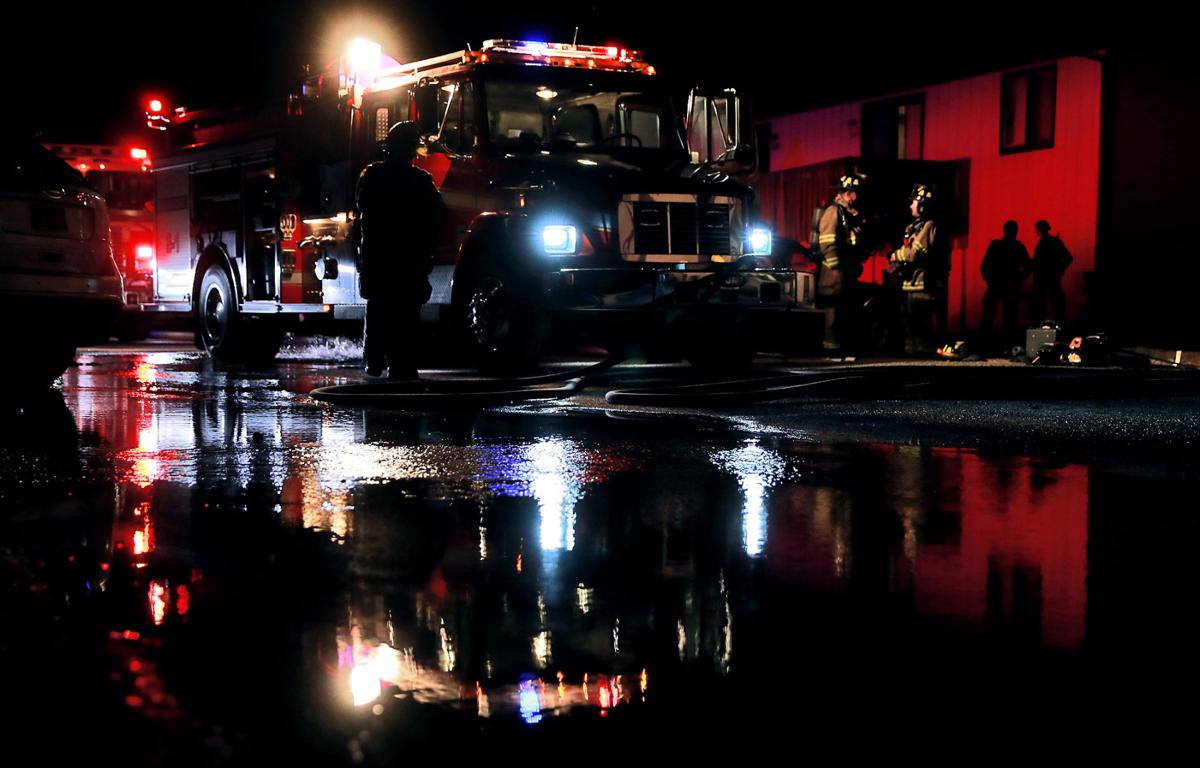 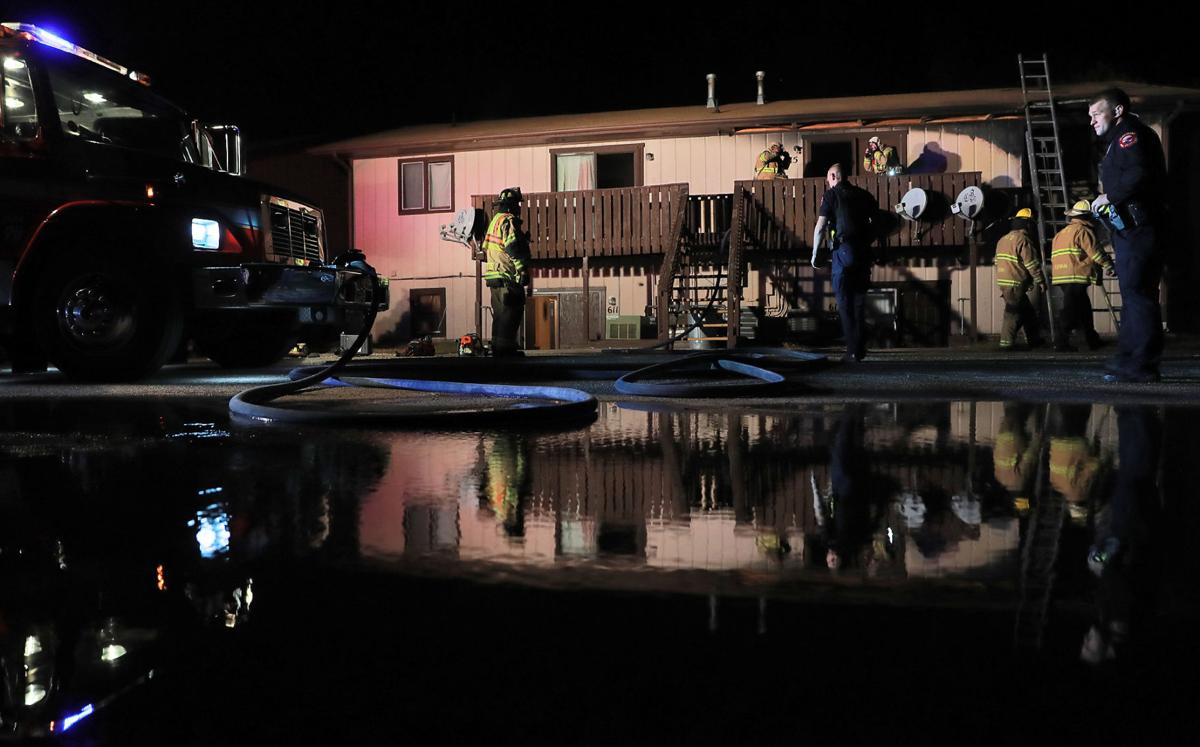 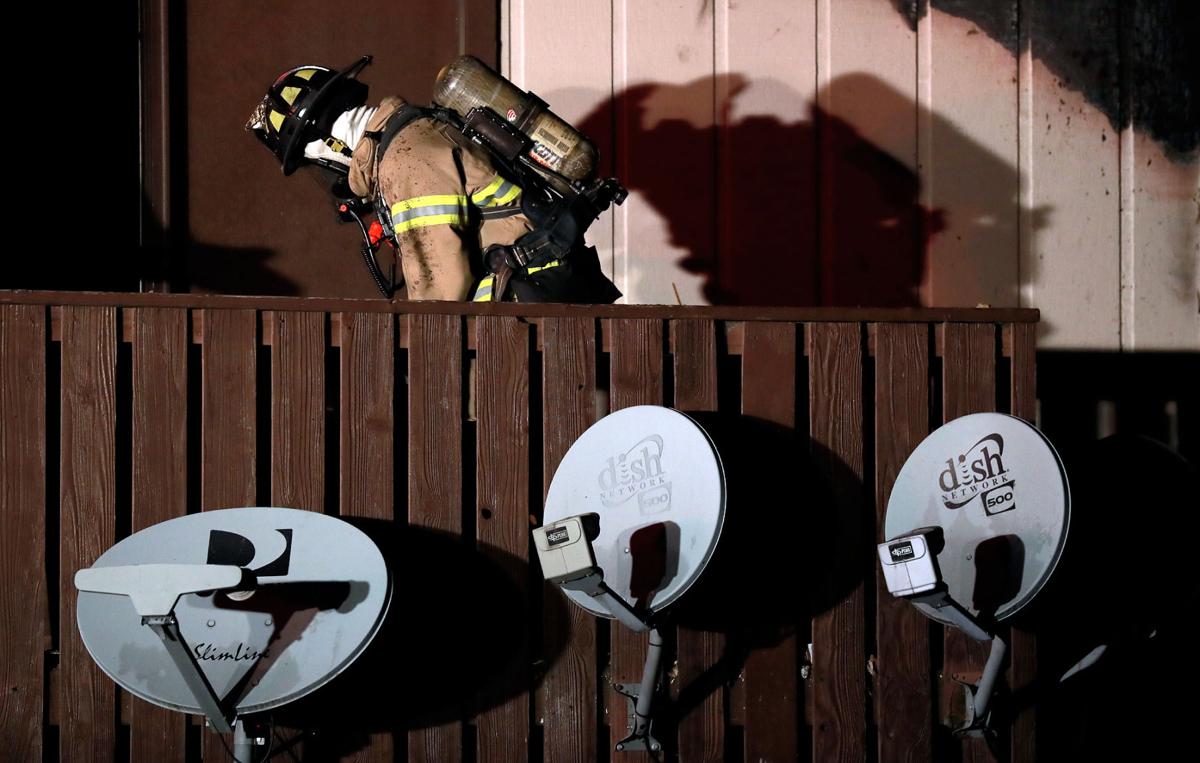 Three adults were displaced and one person was transported following a fire Monday evening.

The Grand Island Fire Department was called shortly before 8:30 p.m. to 615 Yund St. in east Grand Island. Shift Commander Bryan Stutzman said upon arrival, the top apartment was completely engulfed in flames and one person was trapped.

“It was blowing up and flames were coming out,” he said. “The guy was stuck inside and we pulled him out. We went up the landing and went inside the sliding glass doors to bring him out.”

He added crews extinguished the flames but worked to put out hot spots in the top apartment.

Stutzman said the cause of the fire is yet to be determined as the state fire marshal was brought in to investigate the fire.

This is a developing story.

A fire at a four-plex Monday night at 615 Yund St. left the top half of the building a total loss, says Shift Commander Bryan Stutzman of the …