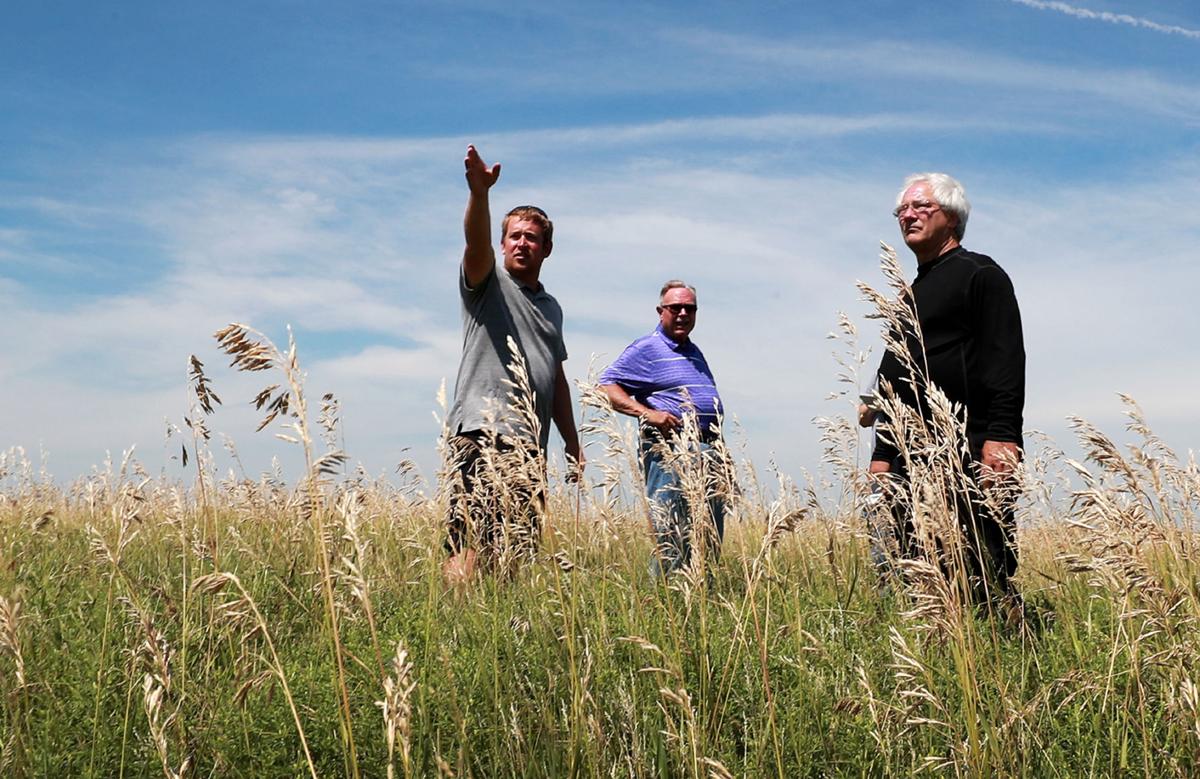 In this file photo from July 2019, Smart Soil's Andrew Woitaszewski (left) describes his company's vision for a composting facility for paunch material to Hall County Supervisors (from right) Gary Quandt and Ron Peterson on Friday afternoon one mile north of Husker Highway on 190th Road adjacent to the city's landfill site. (Independent/Barrett Stinson) 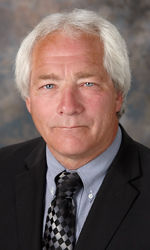 A longtime Hall County Commissioner has filed for re-election.

Quandt said it has been an honor for him to serve the people of his district. He said this year is his 12th consecutive year on the county board since he took a hiatus after previously serving 12 years.

Quandt said he also worked with Grand Island City Councilman Mike Paulick and other elected officials to have the Public Service Commission meet in Grand Island to listen to testimony regarding blocked railroad crossings in Grand Island.

He said he also worked to bring a compost facility to Hall County by voting to do so this past December. This will be a benefit to the county, Quandt said, as it will help it deal with paunch manure waste.

“One of the things I am proud of is that I worked to keep the mill levy the same,” he said. “That did not just happen. We had to work hard with the other board members from other areas of the county to make it happen.”

Quandt said the No. 1 issue facing the county board is declining ag land values, resulting in budget shortfalls.

“I see budget constraints coming into play this year, just as it has in other years,” he said. “But I believe this year is going to be especially important and I will not vote to raise property taxes. We have kept the mill levy the same for as long as I have been on the board the past 12 years and I want to continue to work toward that.”

Quandt said he is a conservative candidate who will work in the best interests of the taxpayers. He added he works to listen to his constituents, works to get things done on their behalf and will continue to do so if re-elected to the Hall County Board.