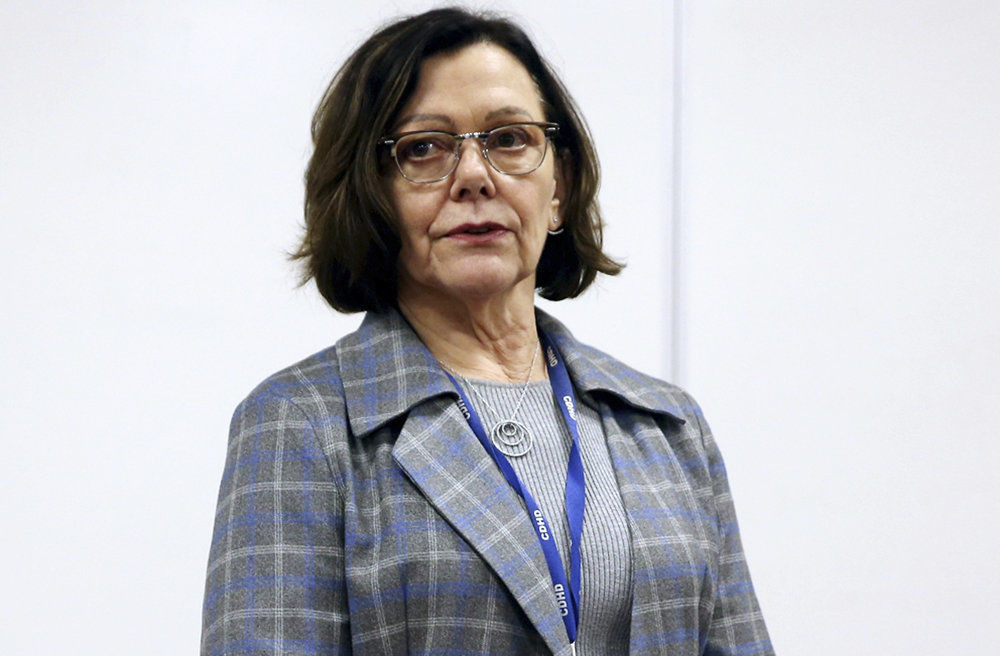 Teresa Anderson, director of health at the Central District Health Department, speaks at a press conference about COVID-19 in the community. Topics brought up in the press conference were the amount of testing done in the CDHD area, how to prevent it and how local health organizations are handling the pandemic. (Independent/Carissa Soukup) 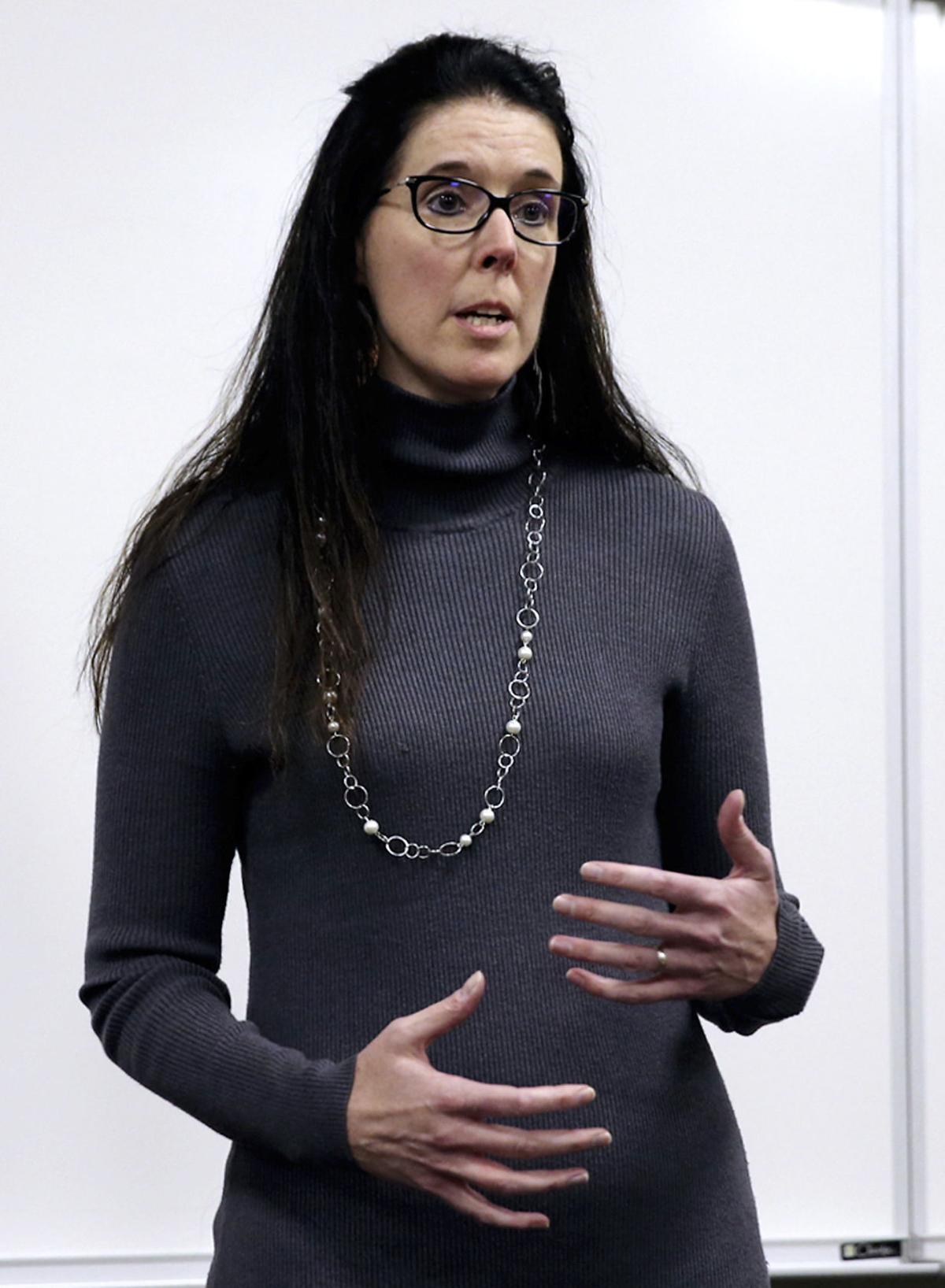 Dr. Jennifer Brown, who works for UNMC in Grand Island, speaks at a press conference about COVID-19 in the community. Topics brought up in the press conference were the amount of testing done in the CDHD area, how to prevent it and how local health organizations are handling the pandemic. (Independent/Carissa Soukup)

Teresa Anderson, director of health at the Central District Health Department, speaks at a press conference about COVID-19 in the community. Topics brought up in the press conference were the amount of testing done in the CDHD area, how to prevent it and how local health organizations are handling the pandemic. (Independent/Carissa Soukup)

Dr. Jennifer Brown, who works for UNMC in Grand Island, speaks at a press conference about COVID-19 in the community. Topics brought up in the press conference were the amount of testing done in the CDHD area, how to prevent it and how local health organizations are handling the pandemic. (Independent/Carissa Soukup)

Although there have been no positive tests in Grand Island, Teresa Anderson of the Central District Health Department assumes that COVID-19 is present in the community.

The Central District Health Department has facilitated 19 tests in the past couple of weeks. Of those, 15 were found to be negative and four are pending.

Anderson made that remark Friday morning at a news conference at the Hall County/Grand Island Emergency Communications Center. Five local physicans spoke at the gathering.

The physicians stressed that what the public does is just as important as what the medical community does in limiting the coronavirus.

They praised citizens’ patience and cooperation.

Dr. Scott Frankforter, vice president of medical operations and the chief medical officer at CHI Health St. Francis, wanted to assure the public “that at St. Francis, we have all kinds of teams working together.”

Medical supplies and the workforce are in good shape, and the staff has relevant experience, Frankforter said.

“We are used to handling people with infectious diseases all the time. We have practices of how to do that, and rest assured we are putting a lot of effort and strategy into how we go about this,” Frankforter said.

The staff is “working tirelessly” and has been having meetings for several weeks, he said.

The benefit for St. Francis is that it’s part of CHI Health, which consists of 15 hospitals in Nebraska and southwest Iowa, Frankforter said.

That connection helps with the supply of important products, and with medical knowledge. “We can shift supplies around. We get best practices from each other,” he said.

Dr. Sara Graybill of Family Practice of Grand Island noted that the only treatment currently available to prevent the virus is social distancing.

“Remember that staying home is not the same as doing nothing. It is a huge thing, and we are so grateful to the public for their cooperation,” Graybill said.

Putting physical distance between people and limiting interaction is slowing the spread of the virus, said Dr. Libby Crockett of Grand Island Clinic.

Watching news coverage on TV of places like Italy, “You can recognize some of the serious outcomes that can happen,” Murdoch said.

“But it’s also important to see where there’s been successes — the Singapores, the Taiwans, the Hong Kongs, the South Koreas, the late-stage Chinas — and realize there are some measures out there.”

Being involved later in the pandemic, “we have the opportunity to learn strategies that have been successful elsewhere,” Murdoch said.

The Centers for Disease Control and Prevention says that up to 20% of people younger than 44 may require hospitalization.

Even though the virus is not often fatal in young adults, it’s important for them “to realize there still can be serious outcomes,” Murdoch said.

More importantly, the fewer people who spread the mild state of the virus, the less impact there will be on “the more vulnerable among us,” Murdoch said.

Murdoch saluted people making sacrifices in the community. The Grand Island School Board, he noted, stepped up and closed schools.

“That was a big decision, and I applaud them for that decision,” he said.

The primary condition that warrants putting someone in the hospital is low oxygen, said Dr. Jennifer Brown of Nebraska Medicine Internal Medical Associates.

Crockett said the medical community in Grand Island has always worked well together. But in the past couple of weeks, the cooperation has been even better in sharing information, innovative thoughts and ideas in order “to be able to create safer environments for our patients.”

“I am so grateful to live in a state where we have a really, really well-developed public health system,” Crockett said. “It is something that I think most people probably take for granted, but it’s not something that exists in all states.”

People who’ve traveled to high-risk areas and feel they may be ill should call a medical facility first before visiting.

CHI Health and Nebraska Medicine are offering drive-up screening. Staff members will come out and screen people in their cars, but only if those people made reservations in advance.

Brown praised the Central District Health Department, which has “really helped to get our community together.”

She said physicians in the area are unified and sharing their available resources.

CHI Health, Brown said, “has been very pro-active as far as getting prepared for what’s to come.”

The true heroes, Crockett said, are members of the public.

She talked about the “extremely difficult decisions” that people are making, such as canceling school and closing businesses.

Even something that seems minor, such as canceling a baby shower, makes a difference.

“I mean, those are really difficult choices for people, and they’re critically important to help reduce the spread of this,” Crockett said.

Those steps “give us time to prepare, help us let us use our resources in appropriate ways and keep people from getting sick.”

“And so just please know that the work everybody is doing in the community is not going unnoticed.”