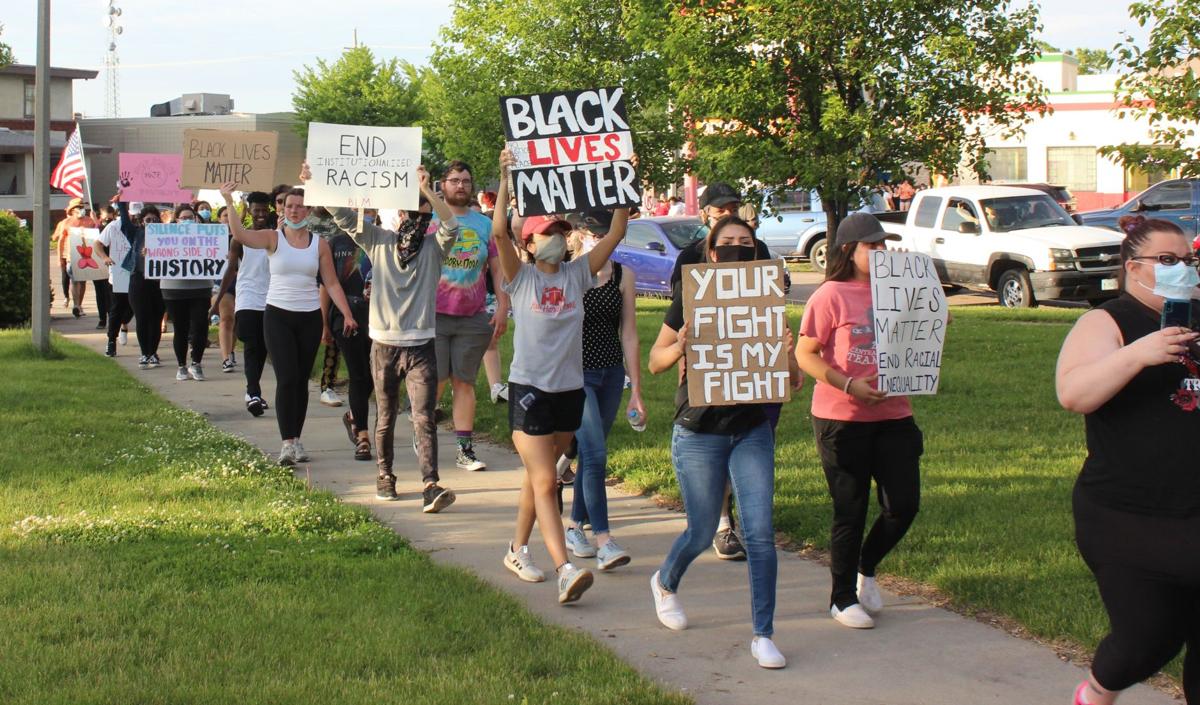 At least 275 people marched from the South Locust Street Pizza Hut to Pioneer Park on Sunday evening in support of George Floyd and other victims of violence. 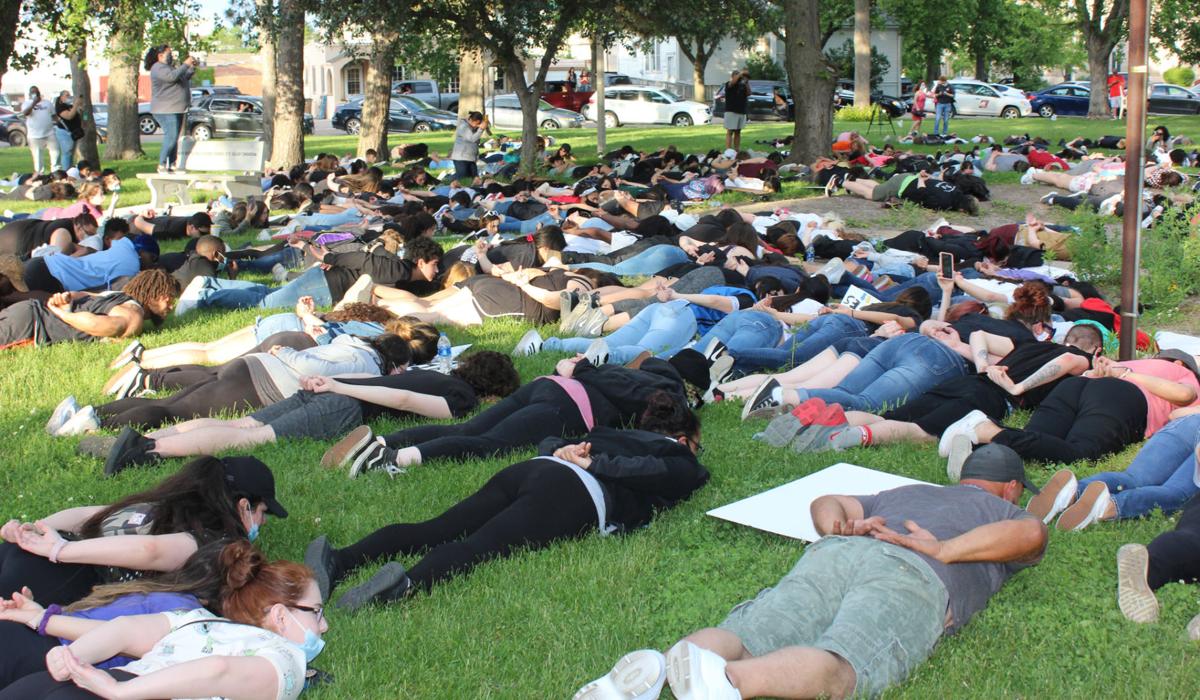 Shortly after arriving at Pioneer Park Sunday evening, May 31, 2020, the protesters lay flat on their stomachs, hands clasped behind their backs, for 10 minutes. (The Independent/Jeff Bahr)

At least 275 people marched from the South Locust Street Pizza Hut to Pioneer Park on Sunday evening in support of George Floyd and other victims of violence.

Shortly after arriving at Pioneer Park Sunday evening, May 31, 2020, the protesters lay flat on their stomachs, hands clasped behind their backs, for 10 minutes. (The Independent/Jeff Bahr)

Traffic on South Locust Street was jammed Sunday night because of a peaceful protest staged in support of George Floyd and other victims of injustice.

Cars converged on the Pizza Hut on South Locust, where the protesters gathered shortly before 7 p.m. Many of the drivers beeped their horns in apparent support of the protesters.

The group totaled about 275 people as it marched toward Pioneer Park, but people were still joining the protesters along the way. It’s almost certain that the group totaled 300 or more by the time it arrived at the park. The protesters stayed on the sidewalk as they marched, but they attracted many cars to the area.

For young adults in Grand Island, it was obvious that Pioneer Park was the place to be Sunday night.

When the protesters arrived at the park, they were chanting “No justice, no peace!”

Shortly after arriving at the park, the protesters lay flat on their stomachs, their hands clasped behind their backs, for 10 minutes. Because they were quiet, the scene called to mind the casualties of war.

While they walked, the protesters carried signs that said, “I can’t breathe,” “Racism not patriotism,” “Black lives matter” and “Make America empathetic again.”

Other signs said “Only God can take lives” and “All lives can’t matter until black ones do.”

Some people wore shirts that carried a quote from Desmond Tutu: “If you are neutral in situations of injustice, you have chosen the side of the oppressor.”

As of 8 p.m., the gathering was peaceful.

Organizers took pride in the fact that it hadn’t gotten violent.

Jesse Janulewicz, 28, wanted to thank everyone for supporting the cause. “We just need to keep it peaceful, which we have so far,” he said. If the protest was done right, “our message will go down positively and (meaningfully) for George Floyd.”

Janulewicz’s sign read “Stand up against police brutality” and “stop the killings.”

Isaiah Lobdell, 20, said the messages of the evening were that black lives matter and a desire to halt police brutality. “And just to have equal rights, man,” he said. “I want to keep it as peaceful as possible. Nothing but love and peace here tonight. I don’t want nothing going, like no rioting, no looting, nothing like that.”

Lobdell was asked why the group cares so much about the death of a man 455 miles from Grand Island.

“Because we want to show the world that we stand together,” he said. By “we,” Lobdell means “The entire world. All colors, all people. We all bleed the same, sir.”

The event demonstrated that “Grand Island is showing up for the Black Lives Matter movement,” Arlene Rodriguez said. The group was showing support for Floyd and for James Scurlock, a 22-year-old Omaha man who died Saturday. “Someone told me that they didn’t know Grand Island did things like this. And we wanted to show everyone that Grand Island supports that movement,” she said.

Veronica Ontiveros said she was “really proud of our community for keeping it safe.” She was happy to see people ”standing up for what they believe in without rioting.”

In helping to organize the evening, Ontiveros wanted to give people “a place to go and feel comfortable to protest safely.”

PHOTOS: A collection of images from a protest in Grand Island on Sunday, May 31