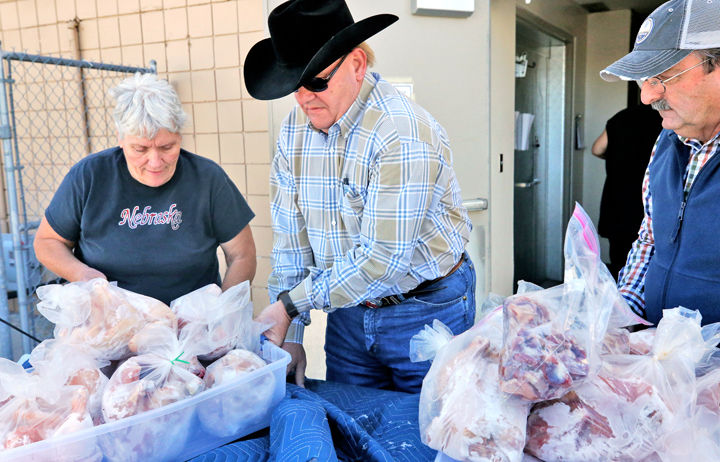 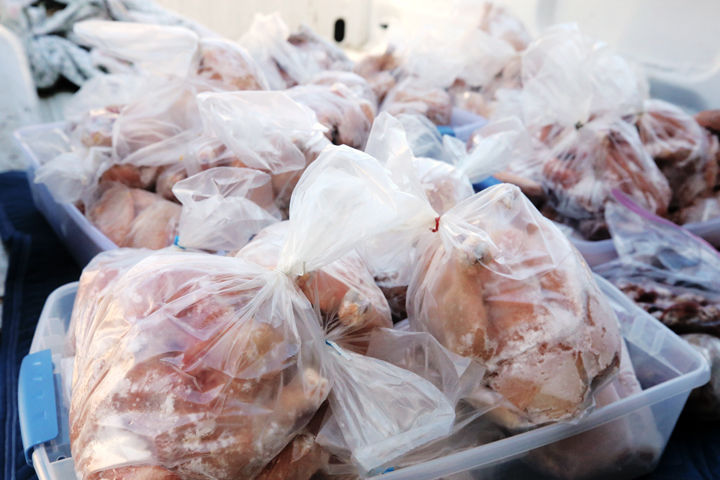 Totes of processed broiler chickens sit in the back of a pick-up truck before being donated to both Hope Harbor and the Salvation Army Tuesday afternoon. Aksarben donated 103 broilers total to the two entities. (Independent/Austin Koeller)

Totes of processed broiler chickens sit in the back of a pick-up truck before being donated to both Hope Harbor and the Salvation Army Tuesday afternoon. Aksarben donated 103 broilers total to the two entities. (Independent/Austin Koeller)

Hope Harbor and the Salvation Army will be able to have chicken for the next two months thanks to a donation from the Aksarben Stock Show.

Renae Swanson, marketing coordinator for Hope Harbor, said the chicken will be used in soups and other dishes.

“I am grateful that this donation is going to help stock our freezer and it helps make our food dollars stretch, so we are not having to go to the grocery store and purchase chicken,” Swanson said. “It also helps the variety of the diet for our residents, which is important.”

She said the donation will help Hope Harbor in other ways besides just meals as it will teach residents how to properly cut up and prepare a chicken and how to “really make their dollars stretch” with a whole chicken.

Rauert said this year was the first year the broiler show was back at Aksarben after a brief hiatus.

“Greg Harder called me last spring and said he wanted to bring it back, but he didn’t know how to do so and make it economical,” he said. “Since I am involved with poultry, I told him I would help him put something together. I said we’d make it a terminal show (where the birds are brought to the show and left behind), let’s process the birds and let’s donate them.”

Rauert said a local family processed the broilers and prepared them to donate to Hope Harbor and the Salvation Army. Harder said Aksarben is thankful for the family’s generosity.

“We owe a huge thank you to the family who sponsored the processing and the donation aspect to make this whole thing possible for Hope Harbor and the Salvation Army,” he said.

Rauert said the broilers came from five states: Nebraska, Minnesota, Iowa, Missouri and Kansas. There were 17 exhibitors in the Aksarben broiler show. Some out-of-state exhibitors with extra birds also donated to the cause.

“Being from the community, we particularly like those two entities (Hope Harbor and the Salvation Army),” Rauert said. “I actually had an association with the Salvation Army. I worked with the men’s shelter for several years. This is just a way of giving back.”