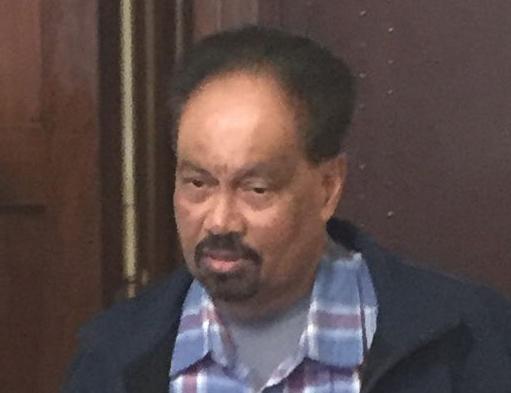 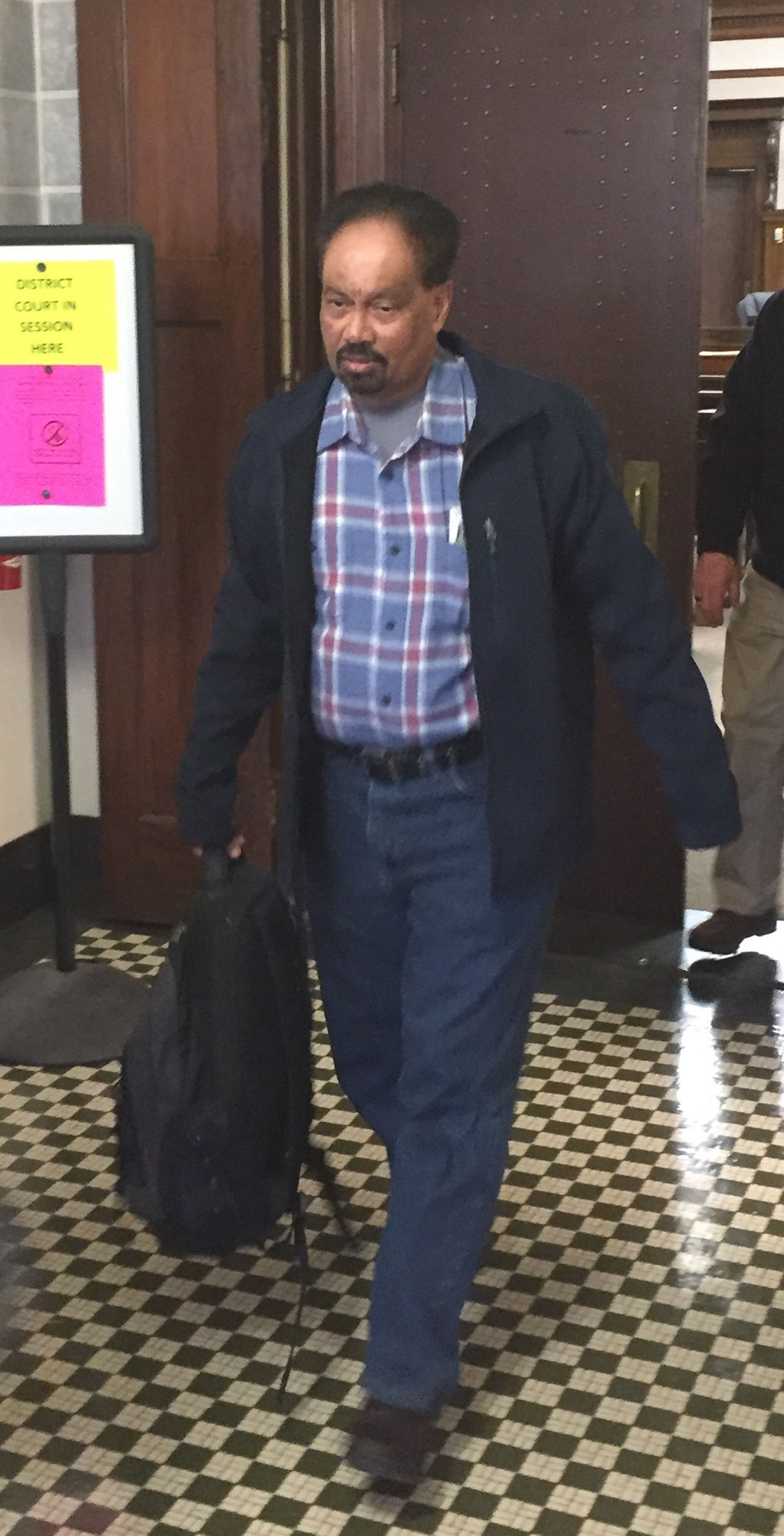 ORD — The Ord woman who’s accused a Catholic priest of sexually assaulting her said Tuesday she never gave him any indication she would like to have sex with him.

The woman took the witness stand Tuesday morning in the trial of the Rev. John Kakkuzkhiyil, who is accused of sexually assaulting her in the rectory of the Ord Catholic church on Nov. 22, 2018.

Kakkuzhiyil’s lawyer, Mark Porto, admits that his client and the woman were in bed together that night. The woman says she was startled to wake up naked in the priest’s bed, gathered as many of her clothes as she could and quickly headed home.

At the time of the encounter, Kakkuzhiyil was 62 years old and the alleged victim was 33.

She said she went to the rectory solely to get an interview with the priest. The woman is a freelance writer who works for several area newspapers. She’s also a substitute teacher.

During her testimony, she called the sexual encounter the worst moment in her life. The incident left her in shock, she said. “I had just been raped by a Catholic priest,” she said.

The woman, the priest and several other people had just returned from a five-day trip to Haiti. The woman had been invited to go along to publicize and document a lunch program in Haiti. The trip was difficult, she said, because the people of Haiti were upset with the government. Roads were closed and she heard talk of guns.

After returning from Haiti, she said she was exhausted and dehydrated.

But she still needed to interview Kakkuzhiyil if she was going to meet a Friday deadline that week.

The group had returned from Haiti between 4 and 5 a.m. on Wednesday, Nov. 21.

The next day, which was Thanksgiving, the woman spent time with her boyfriend and his family between Ord and Burwell. He dropped her off at her home early that afternoon.

At about 11 a.m. Thanksgiving morning, the priest invited her to come over that evening for ribs and sweet potatoes. They could also do the interview.

She agreed, arriving at the rectory at about 5:30 p.m.

In a text, the priest asked her to wear a red sun dress. She had worn that dress, which she said was comfortable, in Haiti.

Kakkuzhiyil also asked her to pack a bag. But she ignored his two requests, she said. “All I wanted was the interview.”

She said she wore “combat boots,” jeans and a black and white striped shirt.

In answer to a question, she said those were not the kind of clothes she’d wear on a date.

During the evening, she tried to start the interview at least five times, she said.

She also said the priest kept her glass full of Crown and water. “I never had an empty glass,” she said.

Every chance Kakkuzhiyil could get, he changed the subject from himself “to something about me,” she said.

At about 7:50 p.m., her boyfriend called and said he wasn’t coming to Ord that night. They had planned to get together that night.

She doesn’t remember if that news upset her, but she was ready to leave the priest’s house, she said.

On Monday, Porto said there was some kissing between the woman and Kakkuzhikuyil that night, as well as some hugging.

On the stand Tuesday, the victim was asked if she kissed the priest.

“No. God no,” she said. She also said there was no hugging.

When she was at the rectory that night, she received messages from a friend, John Winter. From the tone of her responses, Winter guessed that his friend was “kind of drunk.” She said she was. Then she typed, “Come rescue me.”

Winter asked if she was serious, but he couldn’t tell if she really was.

On the stand Tuesday, she said she wanted Winter to call her.

“I wanted to get out of there,” she said.

During the night, when she went to the bathroom to get a glass of water, she fell, hit her head and lost consciousness.

When she woke up on an unfamiliar mattress, “He was going to town on my downstairs,” she said. Making herself clear, she said, “He was sucking my vagina.”

The priest stood up, put her hand on his erect penis and said “Put me inside you,” she recalled.

In her haste to leave, she left behind one sock and her underwear, which she couldn’t find.

She was asked how she got her bike out of the garage. “He stood there naked and he opened the garage door,” she said.

Winter next heard from the woman between 2 and 4 a.m. She was crying hysterically and “said she needed help,” Winter said.

She told him to come to her house as soon as he could. Winter got there at about 5:20 a.m. and stayed for two or three hours.

The woman didn’t talk a lot about what happened that night, Winter said. But she told him that as she left the rectory, the priest was yelling at her to come back. Regarding the sexual assault, she told Winter that nobody was going to believe her.

As she was riding her bike home, the priest called her, but she blocked his call, she said.

She called her boyfriend, but she didn’t tell him what happened. “I was ashamed and embarrassed,” she said.

During the testimony, she referred several times to the defendant as “the Catholic priest from Ord.” She noted once that she can’t pronounce his last name.

Another time, the victim referred to the Catholic church in Ord incorrectly. She called it St. Mary’s before she corrected herself. The church is actually called Our Lady of Perpetual Help.

There were some discrepancies between Monday’s and Tuesday’s testimony.

On Monday, one of the prosecutors, Gail VerMaas, said that Kakkuzhiyil invited the victim to Haiti and saw to it that her travel would be covered.

On Tuesday, the victim said it was another priest, the Rev. Anthony Thekkekara, who invited her to Haiti and bought the ticket. Thekkekara was Kakkuzhiyil’s mentor, she said.

Porto also found some inconsistencies between her current testimony and what she said in a forensic interview conducted within 24 hours of the sexual encounter.

In November 2018, the woman told the forensic interviewer she was looking forward to going over to the priest’s home because she loves ribs and, as a reporter, she didn’t get to eat well that often.

When asked about the inconsistencies, the woman said the assault happened a long time ago and her state of mind was different.

On Thanksgiving 2018, she and her boyfriend were in the midst of a significant argument, but she didn’t believe at the time they had broken up, she said. They are still dating, she said.

In addition to Winter, the other witnesses testifying Tuesday were Edward Sexton, Dale King and Paul Deaver.

The jury watched three segments of a video interview King conducted with Kakkuzhiyil on Nov. 24, 2018. Throughout the interview, the priest is evasive and reluctant to answer King’s questions. The interview was recorded on a body cam worn by Deaver, who now works for Valley Transportation.