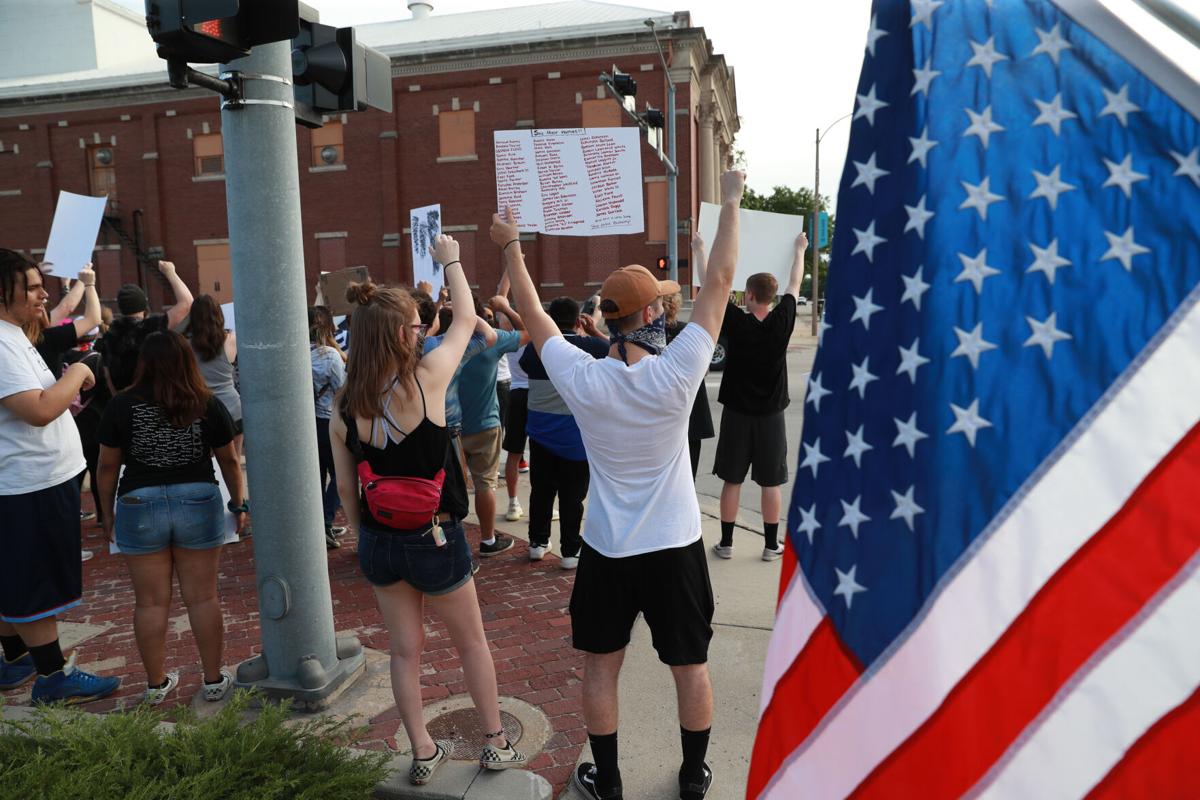 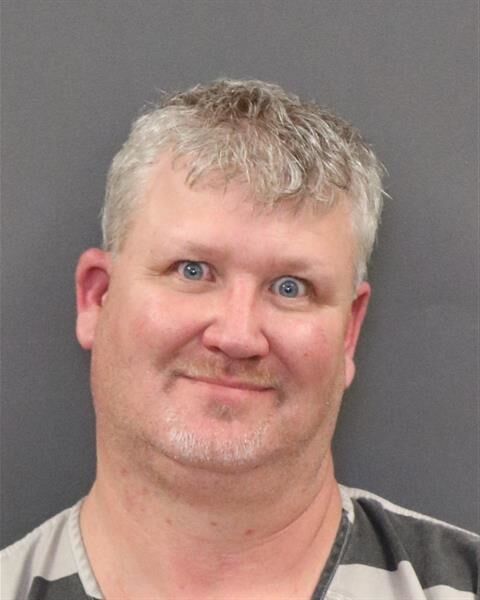 A largely peaceful demonstration Tuesday night deteriorated into violence later in the evening, as protesters threw rocks at passing motorists and Grand Island police and officers from other agencies used tear gas-like chemicals, pepper balls and rubber bullets to disperse the crowd.

The violence occurred in the old Dodge School parking lot at First and Walnut streets. The Grand Island Police Department was assisted by the Hall County Sheriff’s Department and the Nebraska State Patrol.

In response to escalating violence, officers began trying to disperse the crowd just before midnight. The scene was not cleared until about 1:30 a.m., said Grand Island police Capt. Jim Duering.

At the height of the activity, at least 20 law enforcement officers were on the scene, Duering said.

Demonstrators marched twice through the downtown area Tuesday night, beginning and ending at the Dodge lot. The first march began around 7 p.m. At least one of the routes took the protesters to the Hall County Courthouse.

Most of the protesters were not involved in the rock throwing, Duering said. Two officers and a police canine were struck by rocks. So were three patrol cars, two of which sustained damage.

At about 9:30 p.m., a 42-year-old Alda man was arrested after he allegedly brandished a firearm toward one of the demonstrators. Police say Bobby Williamson pointed a handgun in the direction of a 31-year-old Somali man, Mohamed Hussein, as Williamson drove a white 2011 Nissan Versa near the intersection of Division and Walnut.

The vehicle was immediately located and stopped by officers assisting with the protest.

Williamson was the only person arrested in conjunction with the demonstration.

Shortly after 10, police received reports of someone blocking traffic on Walnut Street.

“Somebody had gone out into the street and stuck their head in a window and yelled into a car, reportedly,” Duering said.

That incident was “pretty minor.” At that point, the protest was still going fairly well, he said.

Looking back Wednesday, Duering said it was “largely a peaceful protest. Our communication with the organizers has been great. The protest was going very well. We helped them out with traffic control. Some of our officers even marched with them. We really thought it was going pretty well. Unfortunately, toward the end of the night, it devolved. That’s something that we really are looking to avoid as the protests continue.”

Police made an agreement with the protesters Tuesday evening.

“We did have concerns about the semi-residential neighborhood that the Dodge lot is in,” Duering said. “So we had talked to community protesters about setting kind of a voluntary curfew. That was negotiated between us and them, and decided that midnight worked for everyone involved.”

Unfortunately, at about 11:05 p.m., “we had a reports of protesters throwing rocks and striking passing cars,” Duering said. The first report came from a driver at Second and Walnut.

“That was actually while they were just starting their second march around downtown,” he said.

When the protesters “got back to the Dodge lot, we still kind of stayed out of sight and just let them do their thing. That was our goal,” Duering said.

At 11:54, police received a second complaint of a vehicle being struck by rocks. A tow truck driver flagged officers down and told them his truck had been hit.

Officers “determined that we really didn’t want any further property damage or people being scared. So we needed to disperse the crowd at that time,” Duering said.

“What we wanted was just a peaceful dispersion for everybody to listen and go home,” Duering said.

But rocks were being thrown.

“And at that time, we knew that the propensity for violence and property damage was going to increase and we needed to disperse the crowd, so we started using chemical munitions and less lethal rounds to try and get the crowd to disperse,” he said.

The chemical, which police refer to as OS or CS, is an agitant, Duering said.

Pepper balls are launched from a device similar to a paintball gun. Those balls disintegrate into “a very fine powder once they strike something,” he said. The rubber bullets were 40 millimeter.

Law enforcement began attempting to disperse the crowd at 11:56.

Police realized that the agreed-upon midnight time had not arrived. But “because of the escalation in violence and property damage, we felt that was the appropriate thing to do at that time,” Duering said.

It took a while to get people to leave, he said. Some of the people “were very agitated.”

Some continued to throw rocks at police. Some threw rocks from behind buildings and scampered out of sight of police. Some brought in cars and turned bicycles upside-down to use as makeshift barricades “to inhibit our approach with the officers who were trying to disperse them from the parking lot as well,” Duering said.

“Again, we understand that a lot of the people there weren’t doing anything wrong other than not leaving. But unfortunately, the message is if there’s 100 people and 20 of them are throwing rocks, there really is no way for us to tell the difference. And so dispersing the crowd to prevent property damage and violence is really the only method that we have to regain order in the situation.”

The numbers he used in his example were not accurate, he said.

Police said they believe that many of the people who had taken part in the organized protest had already gone home.

“Again, the organizers have really been good to work with. We think the agitators are largely stragglers that either stayed or added to the crowd later,” Duering said. “We know a lot of them are very young. We saw kids that we believe are probably middle school age all the way to high school age that were really the primary agitators as to what’s going on.”

Two officers were struck by rocks. Duering said he doesn’t believe the injuries were significant.

“The one that was struck directly in the collarbone may have some bruising,” he said, but it was nothing serious.

“We had several people in extra, one to provide some semblance of security for the protesters, because that’s really been an ongoing issue,” Duering said. “We had the fight on Sunday night with agitators causing problems for the protesters, and then Mr. Williamson with the firearm last night.”

The extra officers were also called in “to provide some crowd control if it did get out of control, which unfortunately was the case last night.”

“The No. 1 goal at this point is to sit down with community organizers and protest organizers and come to some agreement as to how we can make this happen peaceably,” Duering said. “We want the community to have their voice heard. We want that to happen without property damage and without people being threatened, and that’s going to take us working with them and them working with us.

“But I think we can make it happen,” he said. “I think we just have to sit down and figure out how exactly that is going to happen. And most importantly, what it looks like at the end of the night.”

Protest Photos and Outtakes from June 2, 2020