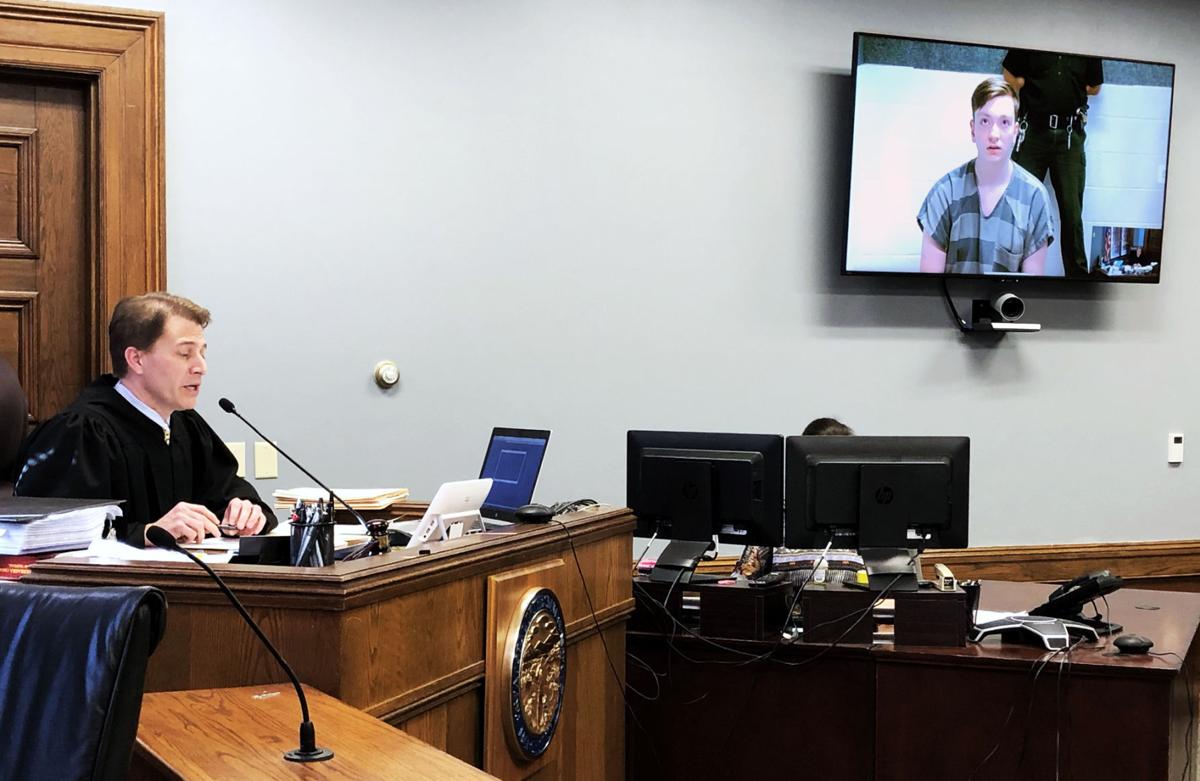 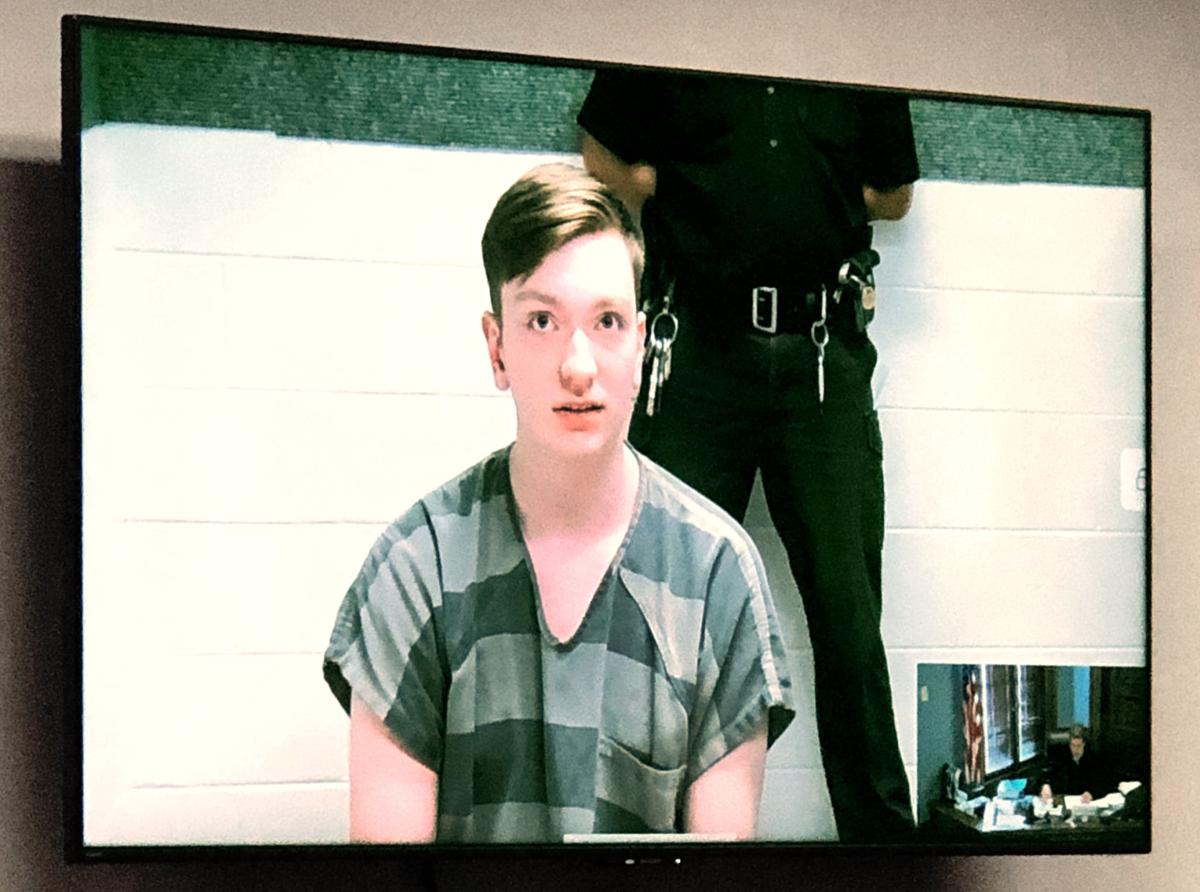 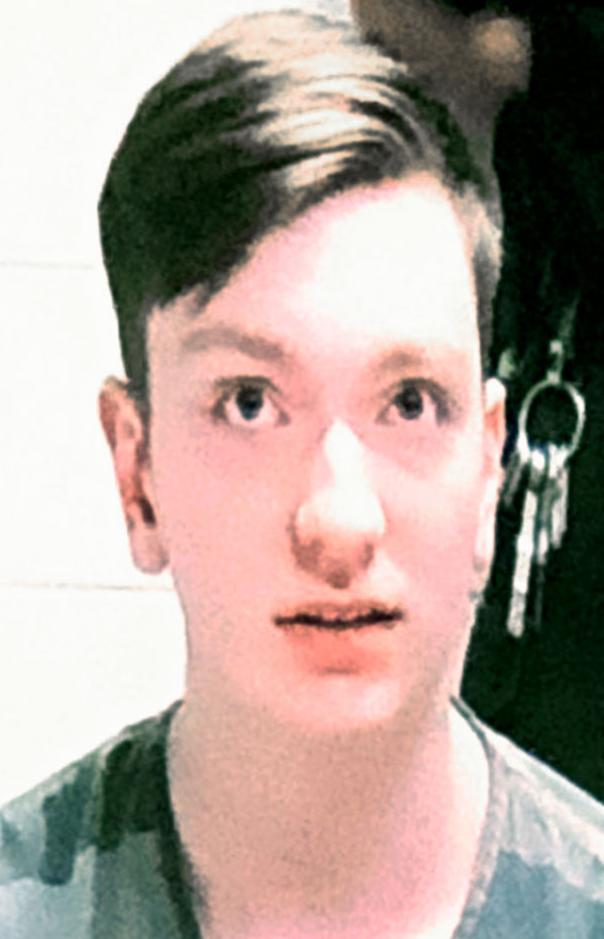 The Northwest High School student and teacher who were arrested Tuesday made their initial court appearances Wednesday in front of Hall County Court Judge Alfred Corey.

Rookstool is accused of 17 offenses, 16 of which are felonies.

Corey enumerated the charges against Rookstool and asked if he understood them. One of the offenses, labor or sex trafficking of a minor, carries a sentence of 20 years to life. It is a Class 1B felony.

At this point, Rookstool said, he plans to hire an attorney rather than have one appointed for him.

Hall County Attorney Marty Klein said the state has very serious concerns about the safety of the public.

Klein asked Corey to set a significant cash bond because of the seriousness of the alleged crimes and the number of people affected.

In outlining probable cause, he said the defendant in essence used blackmail to commit the crimes.

Corey set bond for Rookstool at $750,000. To be released from jail, the defendant must pay 10% of that amount. The judge also specified that he have no contact with the alleged victims and scheduled his preliminary hearing for 10 a.m. Feb. 20.

Until his arrest this week, Mohr was a teacher at Northwest High School.

Mohr, 37, is charged with 11 counts of possession of child pornography, each of which is a Class 2A felony. According to the complaint, those crimes all took place on July 1, 2019.

In Wednesday’s police media report, Grand Island police said Mohr was found to be in possession of 34 images of child pornography. “The identities and ages of these victims have been verified, and are confirmed to be under the age of 19 years old. Brian admitted to investigators that he knew he was in possession of child pornography,” the report says.

Police Capt. Jim Duering said the adult mentioned in the media report was a student who has become an adult.

Duering does not believe that Mohr “was involved in any of the trafficking or sexual assault activities.”

He said the people depicted in the photos did not consent to the sharing of the images.

In this case, police believe Rookstool used a ruse to obtain the explicit photos, and then shared them without consent, Duering said.

After Wednesday’s court appearance by Rookstool, Klein was asked if the victims are female or male. He declined to answer the question because he’s doing his best to avoid identifying the victims, he said.

Klein said his argument for probable cause “involved the defendant having coerced through threats of redistribution of people’s intimate photographs,” in part by requesting that they have sex or commit sexual acts with him, in addition to distributing numerous photographs of minors’ sexually explicit conduct.

Rookstool and Mohr were arrested by Grand Island police in conjunction with Homeland Security Investigations (HSI).

The case started with the Grand Island Police Department but HSI was pulled in because of the trafficking aspect, Duering said.

The federal agency, which is part of U.S. Immigration and Customs Enforcement, “came through with some great resources,” he said.

The Grand Island Police Department, in conjunction with Homeland Security Investigations, to…

Here is the note, addressed to GIPS families:

“Our entire community has been impacted by the recent social media scam incident involving an area high school teacher and student. Inappropriate images were shared and used to force those involved to perform acts of a sexual nature. An investigation is underway and until it is complete we will not have all the details about this situation.

“Though this did not happen at a GIPS school, we anticipate some students and staff may need support to help them deal with the emotions that such an event produces. We are taking every step to be responsive to the needs of our students and their families. We are following the directives and protocols of Homeland Security and law enforcement.

“If you feel you or your students have been directly impacted or have knowledge related to this incident, please contact GIPD at 308-385-5400. If you have any questions or concerns the district can address, please feel free to call your school.

“The Crisis Team members will be available at Grand Island Senior High on Thursday, Jan. 16, from 9 to 11 a.m. and from 1 to 3 p.m. in the East Conference room. If your student is at another school, they can seek assistance from the school’s counselor or social worker.

“We urge families to use this opportunity to talk about online, social media and overall personal safety. Thank you for your role in helping keep all students safe.”