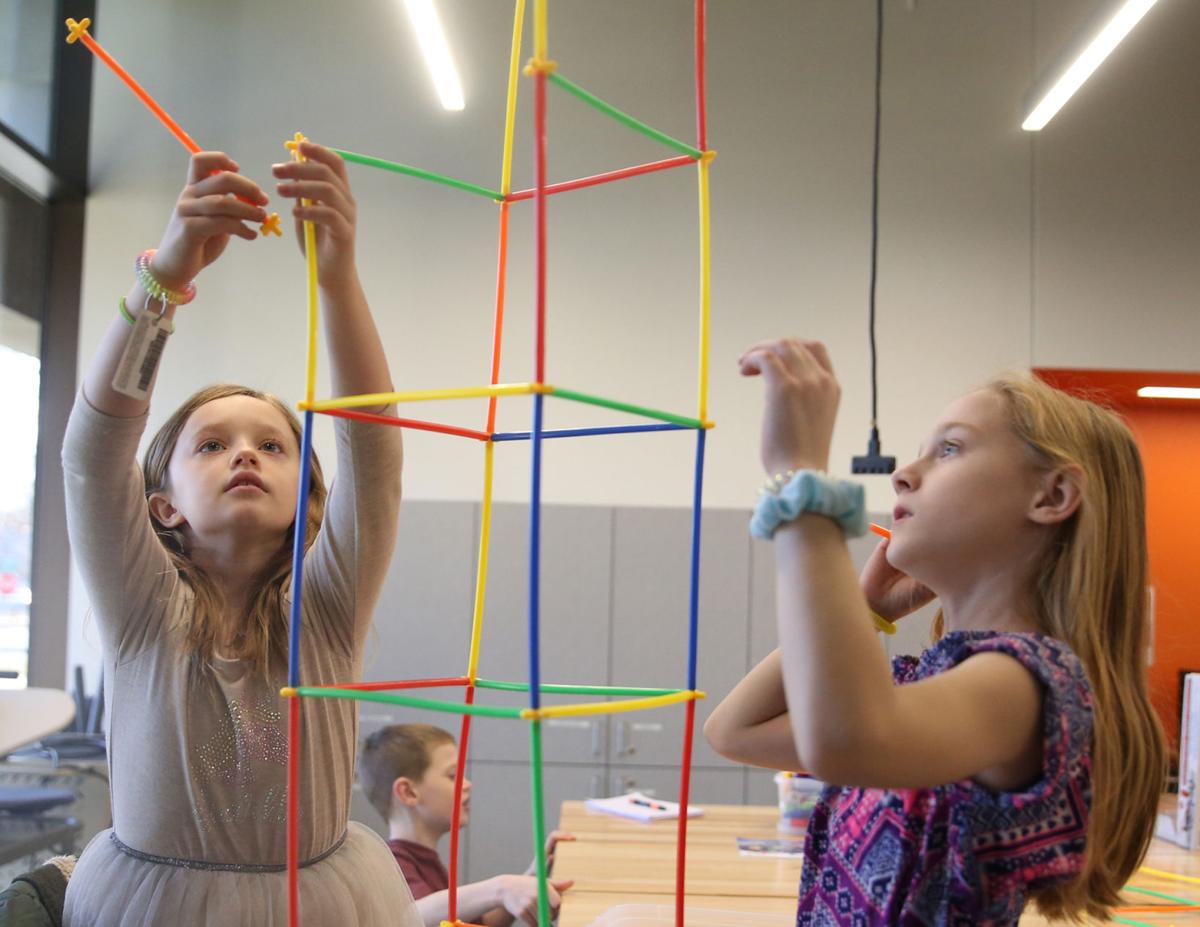 (From left) Second-graders Sophie Parr and Shaelee Smith construct a tower out of plastic connectors at the Grand Island Public Library's winter break program Thursday morning. The pair said their goal was to make the tower as tall as they could possibly make it. (Independent/Austin Koeller) 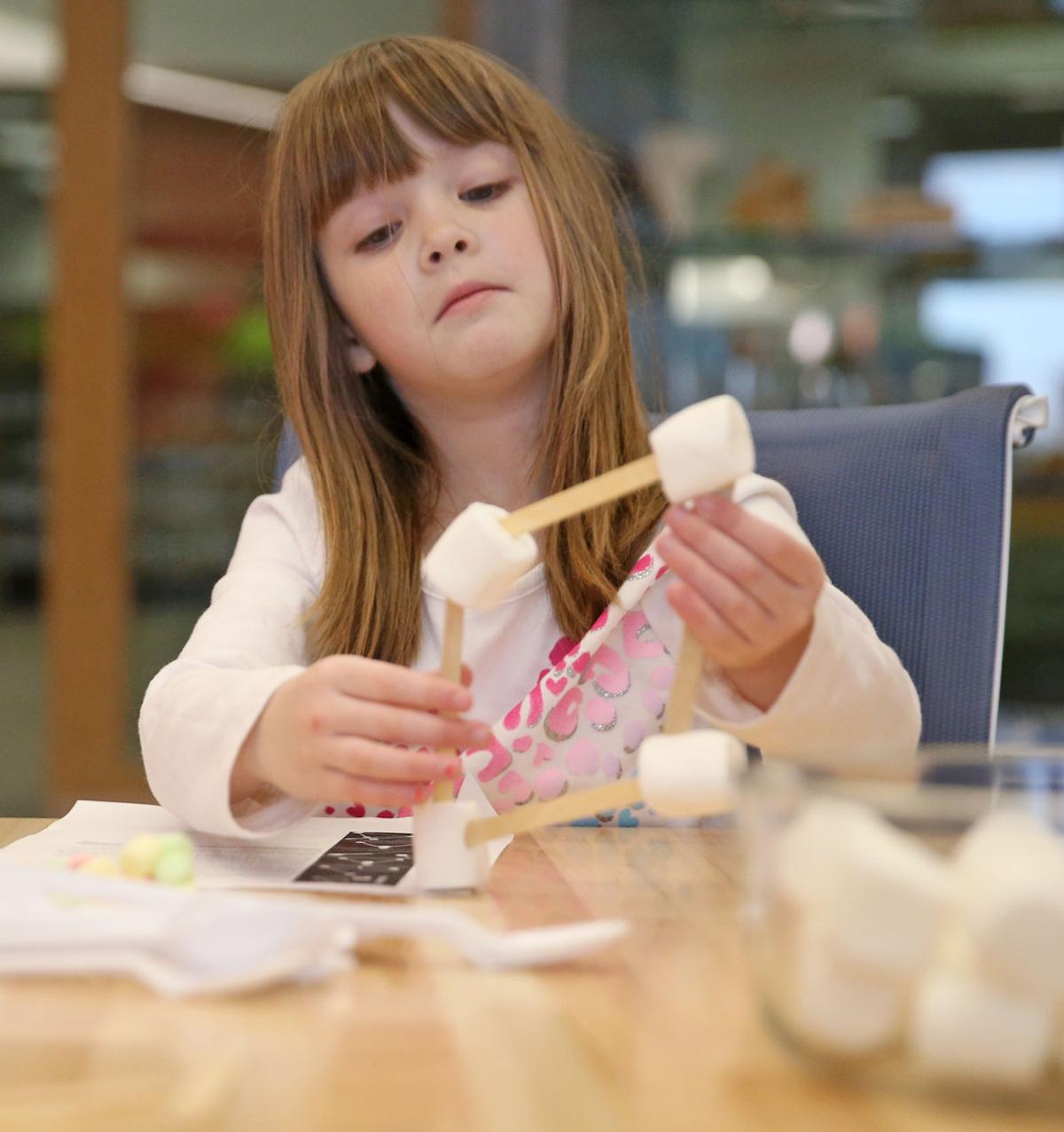 (From left) Second-graders Sophie Parr and Shaelee Smith construct a tower out of plastic connectors at the Grand Island Public Library's winter break program Thursday morning. The pair said their goal was to make the tower as tall as they could possibly make it. (Independent/Austin Koeller)

The pair started by forming the base of the tower on a table, before placing more connectors on top of the base to form the structure of a tower. As Parr and Smith worked to build their tower, they realized they could make a taller tower if they moved their structure onto the floor.

After they moved their tower, Parr and Smith worked to make the tower as tall as they could, eventually making it taller than them.

“We wanted to see how tall we could make it,” Parr said.

She added that the tower was taller than her mom. Parr said they reached the point where they stopped building “because we couldn’t reach.”

The pair said they were impressed with how tall their tower was.

Parr and Smith said they decided to build a tower because it sounded like something fun to do. Parr said building a tower at the library Thursday morning was something to do that was a better alternative than sitting at home.

“We try to have stuff for kids to do when they are out of school on winter break so that they do not get bored at home,” Supencheck said. “We have a lot of fun programs for kids and teens alike.”

In addition to building towers, she said those at the library program Thursday morning could build catapults out of marshmallows and toothpicks.

“We have two different sizes of marshmallows so kids can build different structures,” she said. “They can stack those (marshmallows) on top of each other and see if their structure is strong enough to hold it.”

Supencheck said the library’s renovation project, which was completed last spring, has allowed the staff to provide more programming than they could before.

“We have a lot of new stuff in this makerspace and extra room that we can use,” she said.

Supencheck said more people have visited the library to take advantage of the additional makerspace area and library programming due to the expansion. She said that both attract children of all ages.

“I think it is really important that kids have something to come to do,” she said. “It gets them into the library to come and check out books, too. It is just something fun to do during winter break, rather than just sit at home the whole break.”

The library’s winter break programming continues Saturday with a movie at 11 a.m., and Monday with a New Year’s Eve party with Grand Island Area Clean Community System at 10 a.m.