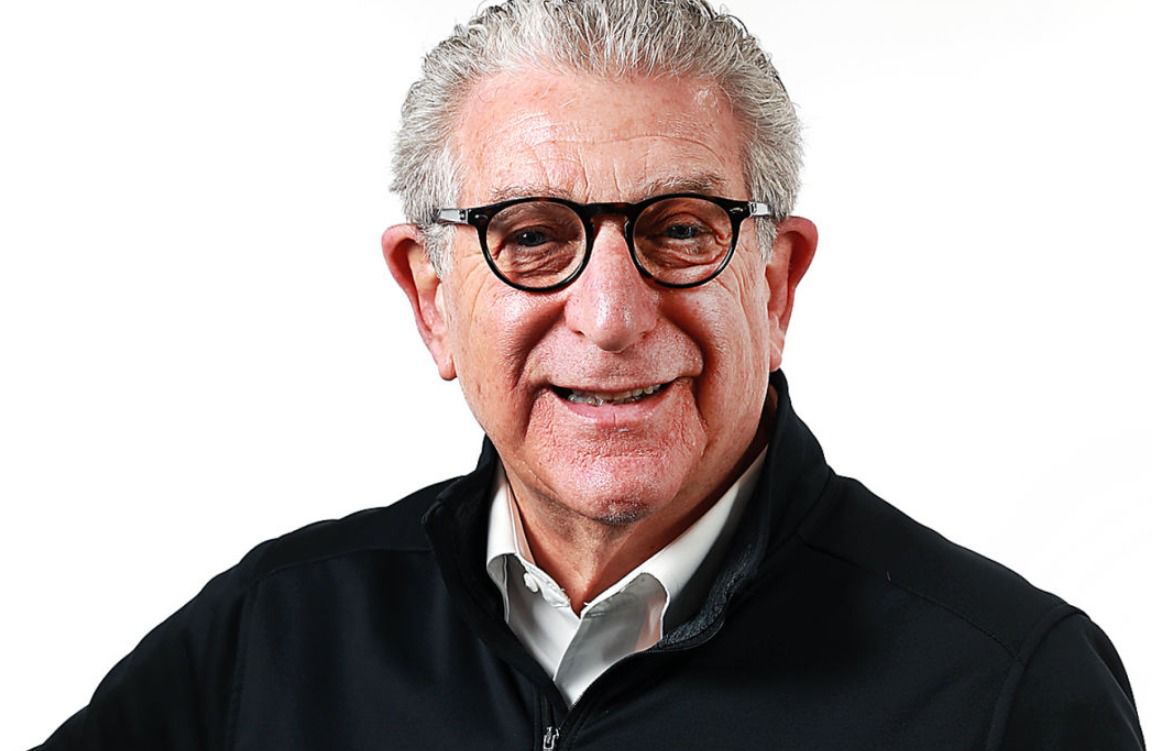 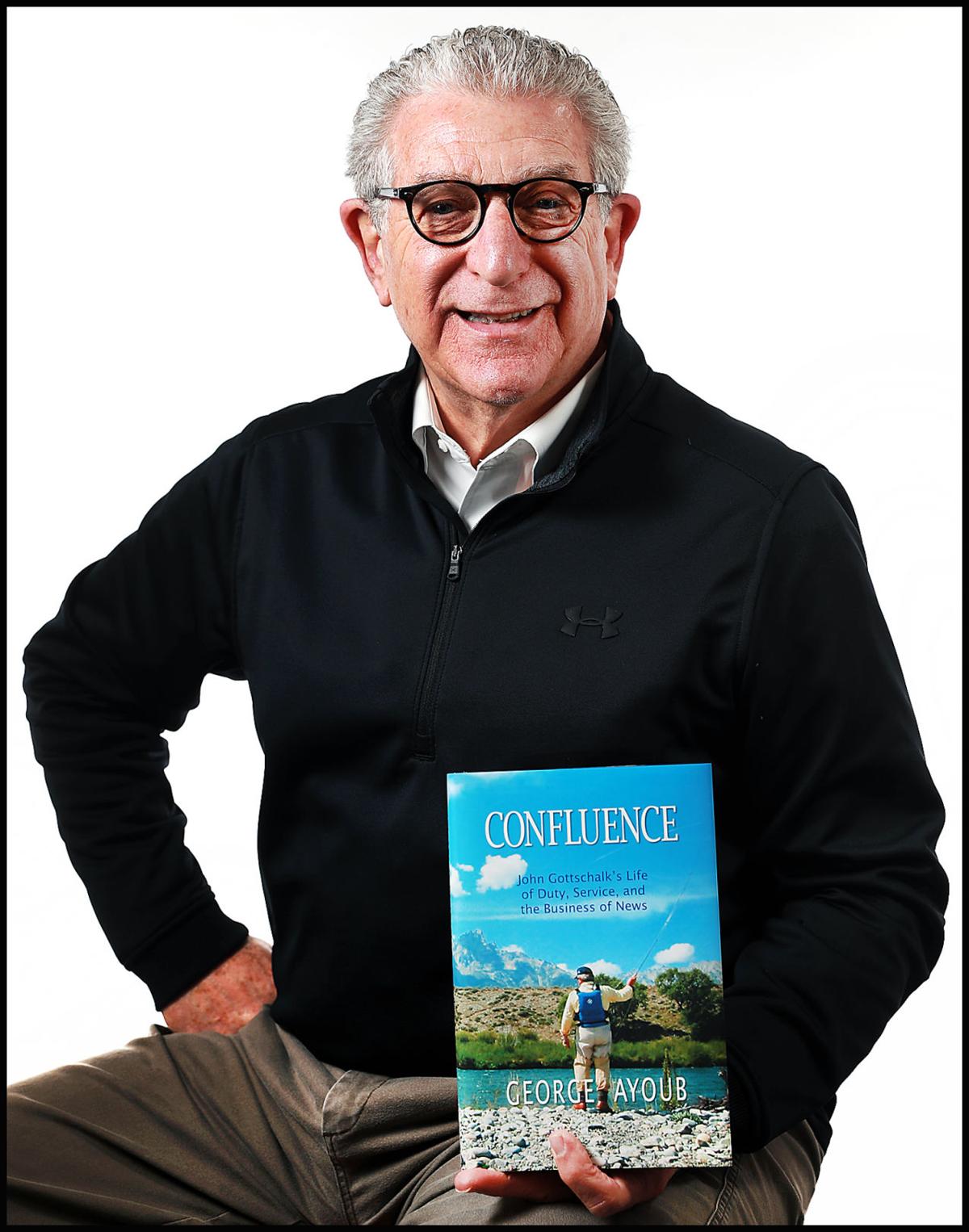 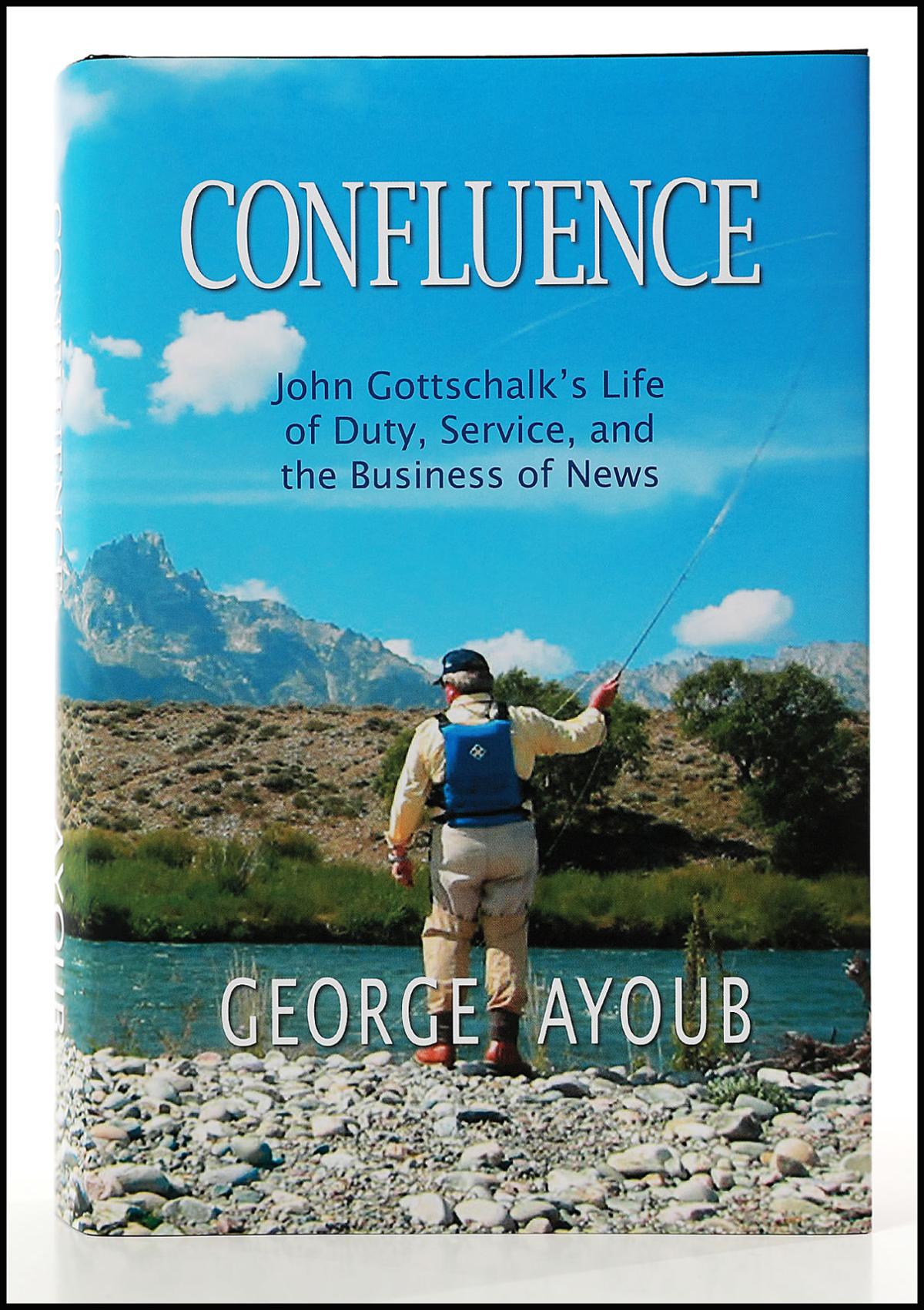 During Gottschalk’s reign, the World-Herald Corp. expanded to include four daily newspapers, 21 weekly community newspapers, direct marketing and product fulfillment companies and minority ownership in the largest election-services company. The newspaper’s Freedom Center production facility was named in his honor upon its opening in August 2001.

Ayoub’s book, “Confluence — John Gottschalk’s Life of Duty, Service and the Business of the News,” is available both from online publishers, such as Amazon, and at bookstores in both soft- and hardcover editions.

Ayoub worked for the Independent for 21 years before retiring in 2015. He also taught journalism and ethics at Grand Island Senior High School. He currently teaches for Doane University at its Grand Island campus at College Park.

“Confluence” is not Ayoub’s first book; he has written several fiction novels that were serialized in the Independent.

Ayoub said he was approached by Frank Partsch, former World-Herald editorial board editor, who works with the Carmen and John Gottschalk Foundation, which is a charitable foundation founded in 2006, to write a book about Gottschalk.

“We met in Grand Island and he told me what they wanted to do,” Ayoub said. “I knew who John Gottschalk was. I heard him out and I was interested, but I wasn’t sure that I could pull it off — writing a biography.”

After consulting with friends about the proposition, he met with both Gottschalk and Partsch about the project.

“It was important to me that he (Gottschalk) was on board and an active participant,” Ayoub said. “He is a very humble guy, but he is a great storyteller. That was huge for me, so we started in May (2016).”

The book was published late last year and Ayoub is publicizing it. He will host a book signing from 2 to 4 p.m. Sunday, Jan. 26, at the Grand Island Public Library. At 3 p.m., he will talk about how he came to write the book, along with a question-and-answer session with the audience.

The book is published by Teewinot Publishing c/o Concierge Publishing Service out of Omaha.

During the last three and a half years, Ayoub did his research. He learned about Gottschalk’s life in Nebraska journalism — from his small-town beginnings in Rushville to being publisher of the state’s biggest newspaper. Gottschalk’s family owned the weekly paper in Rushville.

“He (Gottschalk) grew up in a newspaper family and his first job was at the end of a broom sweeping up the press room,” Ayoub said.

From that background, Ayoub said Gottschalk learned all parts of how a newspaper operates. After attending college at the University of Nebraska in Lincoln, Gottschalk entered the family business and eventually became the owner and publisher of the Sidney newspaper in his 20s. He worked at the Sidney newspaper for 10 years before joining the World-Herald, where he worked his way up to become the paper’s publisher 14 years later.

“He has a tremendous mind for journalism and business,” Ayoub said. “One of the things I learned in writing this book was that he sees the big picture and the details.”

He said Gottschalk not only understood the fine details of running a newspaper but also had a handle on the bigger picture of what a newspaper represented to the people of the community it serves.

“He was always thinking 10 to 15 years down the road,” Ayoub said. “He had a really unique quality of leadership. He was a great leader and it was one of the things that drew me to his story — he not only knew the details, but he had the vision.”

Ayoub said the Gottschalk story is a Nebraska story of how someone can rise from small-town origins to become a state leader and a voice for Nebraska.

He said Gottschalk’s values came from the hard work, loyalty and honesty he gathered from living and growing up in Nebraska’s Sandhills country.

And, Ayoub said, Gottschalk’s legacy goes beyond just being publisher of the state’s biggest newspaper. He said Gottschalk was “really big on duty.” Along with his newspaper responsibilities, he served as national president of the Boy Scouts of America during a turbulent time for the organization, along with other national organizations.

He said under Gottschalk’s reign at the World-Herald, the paper reached a zenith in Sunday circulation with more than 300,000 subscribers. The World-Herald was the nation’s 52nd largest daily newspaper at the time.

“It was the state’s newspaper, as it went out to Sidney and Scottsbluff and Rushville,” Ayoub said.

He said Gottschalk believes newspapers, whether a small town weekly or a giant urban daily, are stewards of the community.

“He believes newspapers are integral and vital parts of the community,” Ayoub said. “What he found in Rushville and Sidney, he took to Omaha.”

Ayoub said Gottschalk and his wife, Carmen, are philanthropists and, through the Carmen and John Gottschalk Foundation, have helped many a worthy cause and individual. He and his wife have also been active in helping in providing foster care for 100 children over the last 30 years.

“Education and children have really been a focus of their lives,” Ayoub said.

Ayoub said writing the book was a personal journey for him, as he not only learned about Gottschalk’s legacy, but, like any good biographer, learned about himself through the example of others.

“I teased him at the end as I told him that I knew more about him than he knew about himself,” he said. “At the beginning, he told me that he was not very introspective, but he was just being modest.”

Ayoub said he learned Gottschalk was a leader who trusted his own experiences.

“What I was so struck with was with the consistency he had in his life,” he said. “Even when things didn’t work, his values remained the same.”

Ayoub said one of things he hopes readers get from his book is that “there are still people in the world who are like this, who don’t just go the way the wind is blowing.”

“When he saw things changing, he was able to embrace that and move forward, but he kept his values,” he said. “What I have learned from John is that you can have all this incredible success in life and be a nationally known leader but still be human and humble.”

To learn more about “Confluence — John Gottschalk’s Life of Duty, Service and the Business of News,” visit www.conciergemarketing.com.