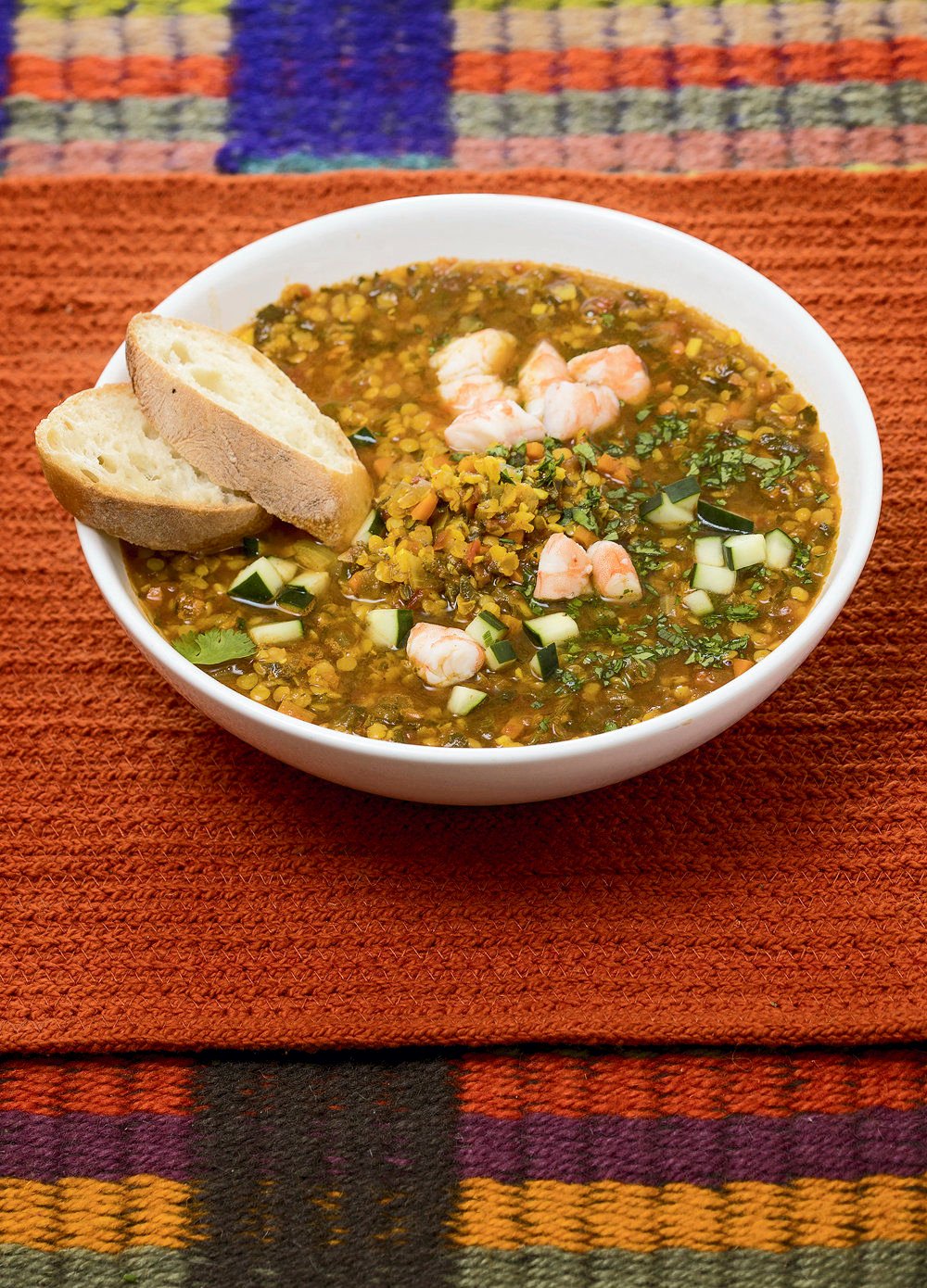 “In Morocco soup is usually a supper dish, heavy and well spiced, nourishing and rich. I have known people who lived on nothing but harira soup while visiting Morocco. Harira, of course, is famous as the food eaten at sundown each year during the fasting month of Ramadan. But Moroccans eat it throughout the year, and also a lighter version called chorba, which is particularly good in the summer.” So says Paula Wolfert in her 1973 cookbook, “Couscous and Other Good Food from Morocco,” which inspired Lynne Rossetto Kasper to create her own version of harira. (Carlos Gonzalez/Minneapolis Star Tribune/TNS) 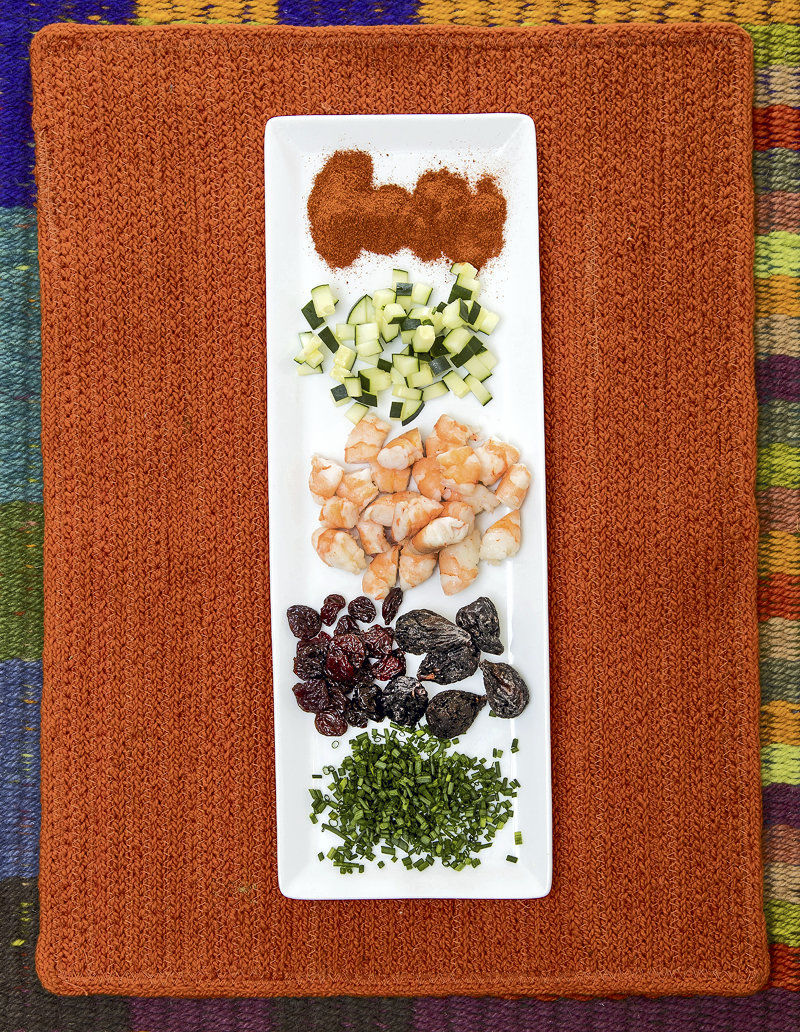 “Here’s where the fun begins,” said Lynne Rossetto Kasper, referring to the delicious supplements that can be added to this soup, everything from dried fruits to shrimp to spices. (Carlos Gonzalez/Minneapolis Star Tribune/TNS) 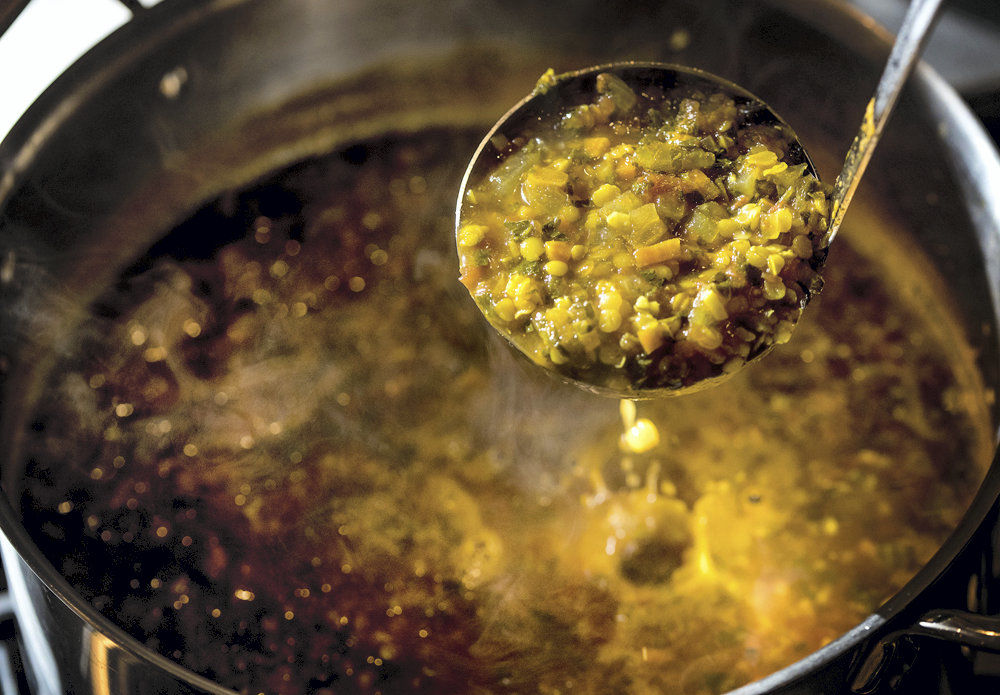 Here’s one of many tips that Lynne Rossetto Kasper offers when preparing harira: “You put it out with an assortment of condiments and some interesting bread, and you’ve got supper,” she said. (Carlos Gonzalez/Minneapolis Star Tribune/TNS) 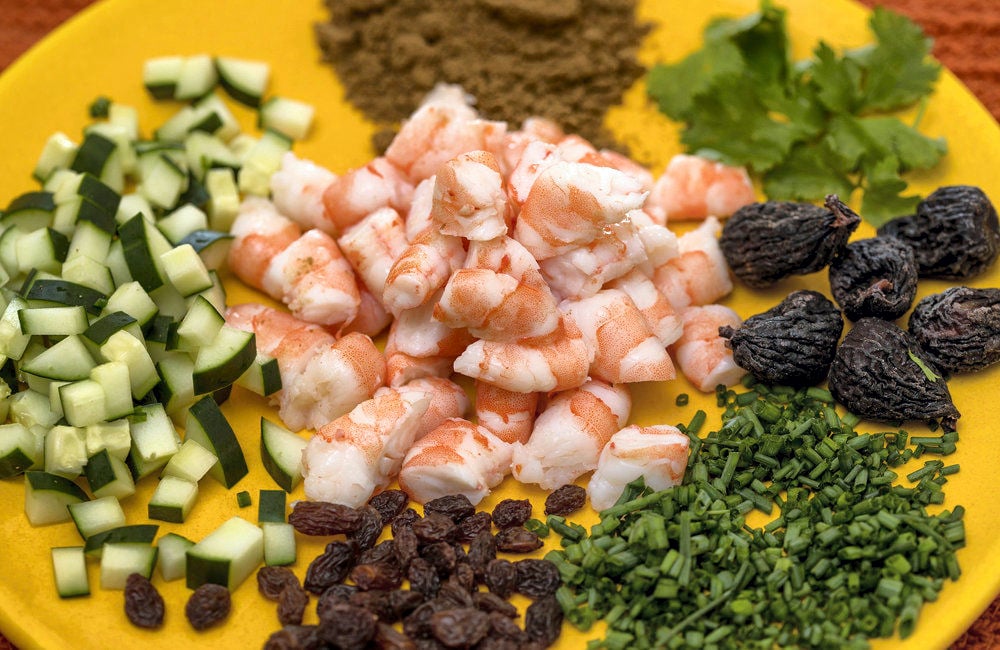 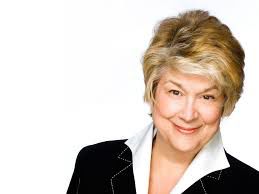 “In Morocco soup is usually a supper dish, heavy and well spiced, nourishing and rich. I have known people who lived on nothing but harira soup while visiting Morocco. Harira, of course, is famous as the food eaten at sundown each year during the fasting month of Ramadan. But Moroccans eat it throughout the year, and also a lighter version called chorba, which is particularly good in the summer.” So says Paula Wolfert in her 1973 cookbook, “Couscous and Other Good Food from Morocco,” which inspired Lynne Rossetto Kasper to create her own version of harira. (Carlos Gonzalez/Minneapolis Star Tribune/TNS)

“Here’s where the fun begins,” said Lynne Rossetto Kasper, referring to the delicious supplements that can be added to this soup, everything from dried fruits to shrimp to spices. (Carlos Gonzalez/Minneapolis Star Tribune/TNS)

Here’s one of many tips that Lynne Rossetto Kasper offers when preparing harira: “You put it out with an assortment of condiments and some interesting bread, and you’ve got supper,” she said. (Carlos Gonzalez/Minneapolis Star Tribune/TNS)

Twenty percent off retail prices on select pots, pans, knives and appliances was one lure. But the clincher? Special guest Lynne Rossetto Kasper. The St. Paulite was the splendid voice behind public radio’s “The Splendid Table,” until her retirement in 2017, and she was going to be on hand to discuss cooking traditions, and to share a recipe.

Sold. Of course, being in Kasper’s company was bliss, and she chose to embrace the evening’s theme — “culinary traditions” — by preparing harira, a soup that has been a favorite of hers for decades.

Just as Kasper started to cradle her audience in the palm of her hand, I reached for my iPhone and hit “record.” Here she is on …

Moroccan cooking: “I fell in love with Moroccan food because of a brilliant food writer, Paula Wolfert. Paula had been living in Morocco for seven years. When she published her first cookbook — “Couscous and Other Good Food From Morocco” — in the 1970s, it was the first of its type that we’d seen here in the United States. She started out as a dynamite writer, but Paula also evolved into someone who talked about culture, and how food was placed in an emotional setting, and a cultural setting. That wasn’t happening much in the 1970s.”

History: “My political statement is that this is from an Arab country, and while we’re all hearing about the difficulties in that part of the world, it’s also essential that we pay tribute to some of the fabulous things that have come out of that world. Harira is the way the fast of Ramadan is broken, and it’s also served a great deal outside of that holiday. What’s interesting is that a lot of the food of North Africa, the sweet and savory combinations, really goes back to the Renaissance, and the medieval periods. Look at this soup. As you’re eating it, you’re mixing savory and sweet. It’s savory; it has this little sparkle of pepper, that pepper just sings. Yet you serve it with sweet things: dried figs, dried apricots, baklava, maybe cucumbers.”

Tradition: “I often make this soup on Christmas Eve, or certainly over the holidays. But sometimes it’s just when the spirit moves me. I’ll pull it out of the freezer on a night when I just don’t want to cook. You put it out with an assortment of condiments and some interesting bread, and you’ve got supper. Or it could be a party dish. You put this soup in a wonderful tureen in the middle of the table. Then you fill bowls with lemon wedges, and dried fruits like dates or figs or apricots, and baklava cut into bite-size pieces, and everyone helps themselves. Serve it with a salad where you spread out rounds of oranges with black olives and red onion, you give it a little bit of olive oil and a teeny bit of salt and sugar and some black pepper. You find that salad all through the Mediterranean.”

The recipe’s flexibility: “You can use chicken broth or vegetable broth. Frankly, I’ve also made it with water.

“Sometimes I throw in a bit of sweet squash. You know, butternut? [Added when the onions are added.]

“If you put some orange zest into this mixture, and even some chunks of orange got cooked in, that would not really be out of line, considering the sweet-savory tradition where it comes from. The orange just blossoms.

“Some people have said, ‘Can’t I just throw everything into a slow cooker?’ Well, you can. But the problem is, this sauté [the onions, carrot, parsley and cilantro] creates a base of flavor that you just don’t get by boiling. This sauté, that sizzle, is activating those flavors.

“If I doubled the amount of tomatoes, and cooked it at high heat for maybe 10 to 15 minutes, this soup would turn into a dynamite sauce. [She’s right, it does.] You could serve it over couscous, or rice, or pasta, and put anything you’d like on it. Chicken or shrimp would be wonderful.”

Cooking with spices: “Buy whole cinnamon sticks. Buy whole allspice. Buy whole peppercorns. Get an old coffee grinder — buy one at a garage sale — and use it for grinding spices. You’ll notice the difference. And don’t put raw spices into things, because they’re dead. You always want to warm up your spices, open them up, get them alive.”

Meatless Monday: “Brace yourself, there’s no meat in this soup. That comes from a great tradition, a culture where meat is not eaten a great deal and where it’s generally a flavoring. And we have lentils, and they provide all the protein that’s needed. They also absorb all kinds of flavors. Think of it this way: However you would season a steak, you can put those seasonings into cooking lentils. If you wanted to add meat to this, ground lamb would have a very traditional feel. Chicken would work. Pork would be wonderful, although it would go against tradition from that part of the world.”

Cookware: “You don’t need a lot: You need two knives, because that paring knife is your boning knife if you really want to get into the bone. Then you’ll need what you’re comfortable with, and for most people that’s an 8-inch chef’s knife. I have a ton of pots, because the excuse is that it’s my business. But the reality is what’s always in the sink, and that’s the 6-quart, the 4-quart and maybe the 2-quart saucepan. I have a 12-inch sauté pan that I do just about everything in. I’ve got what’s essentially a Dutch oven, and I have one nonstick pan — it’s 8 inches — that I do eggs in. There is one other thing you need, and that’s a lighter-weight 12-quart pot, with a strainer, for pasta.”

Activating senses: “When I started teaching cooking participation classes in New York City, the students were divided between two kitchens with an adjacent space in between. I would wander around and see if I could help. I would be at one stove and, without turning around, I’d say to the group at the other stove, ‘Turn down the heat, you’re going to burn the onions.’ I just impressed them so much. They thought I had a second sight. But I could hear it, that sizzle, and I was beginning to smell it. With cooking, everything gets involved. It’s taste, it’s smell, it’s sound, it’s touch.”

“In this recipe some liberties have been taken, but hopefully we have not offended tradition,” Lynne Rossetto Kasper and Sally Swfit write in “The Splendid Table’s How to Eat Weekends: New Recipes, Stories & Opinions From Public Radio’s Award-Winning Food Show.” The often-used lamb, chicken, chickpeas and eggs weren’t included, and our accompaniments were modified by what is to be had close to home.”

Soup can be prepared and refrigerated a day in advance; do not add final cilantro leaves until soup is reheated.

For accompaniments (all optional):

Film the bottom of a 6-quart pot with olive oil and set it over medium-high heat. Add onion, carrot, parsley, 1/2 cup cilantro and a little salt and sauté 8 minutes, or until golden brown. Reduce heat to medium-low, stir in pepper, garlic, ginger, turmeric and cinnamon, and cook for 30 seconds.

Add lentils, paprika, tomatoes and broth. Bring to a gentle bubble, partially cover, and simmer 45 minutes, or until lentils have dissolved and the soup tastes rich and good. Season to taste with salt and pepper if needed. Add a little water if the soup is too thick.

When ready to serve, add orange zest to soup to taste (optional), sprinkle with the remaining 2 tablespoons of cilantro and ladle soup into bowls.

Serve with small bowls filled with dates, lemons, dried figs, honey pastries such as baklava, spices and other garnishes, along with crusty bread.