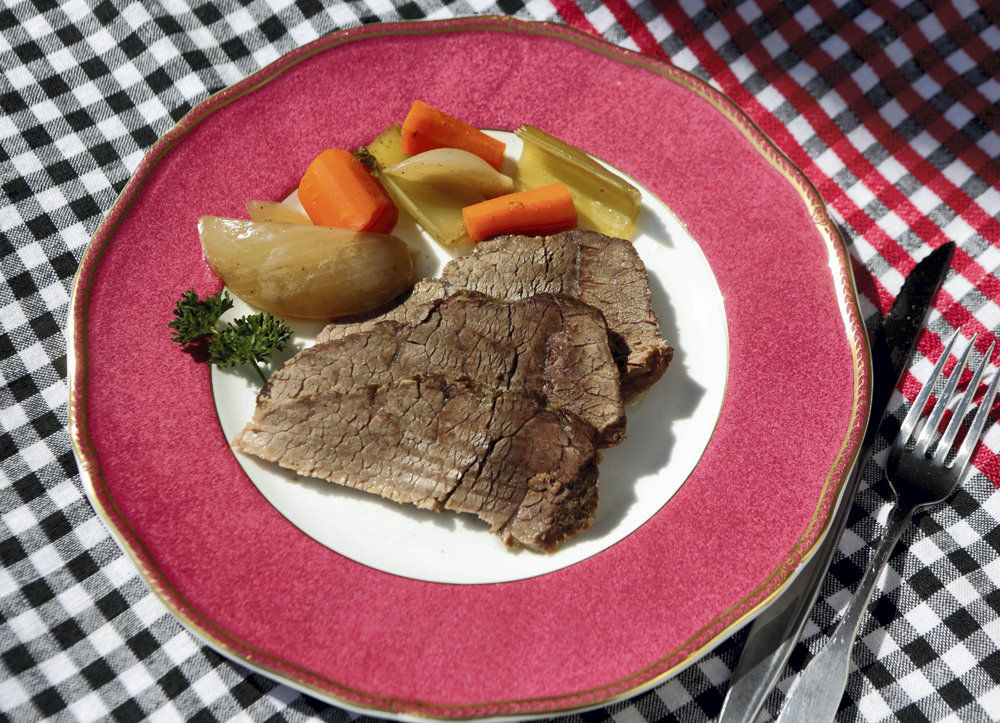 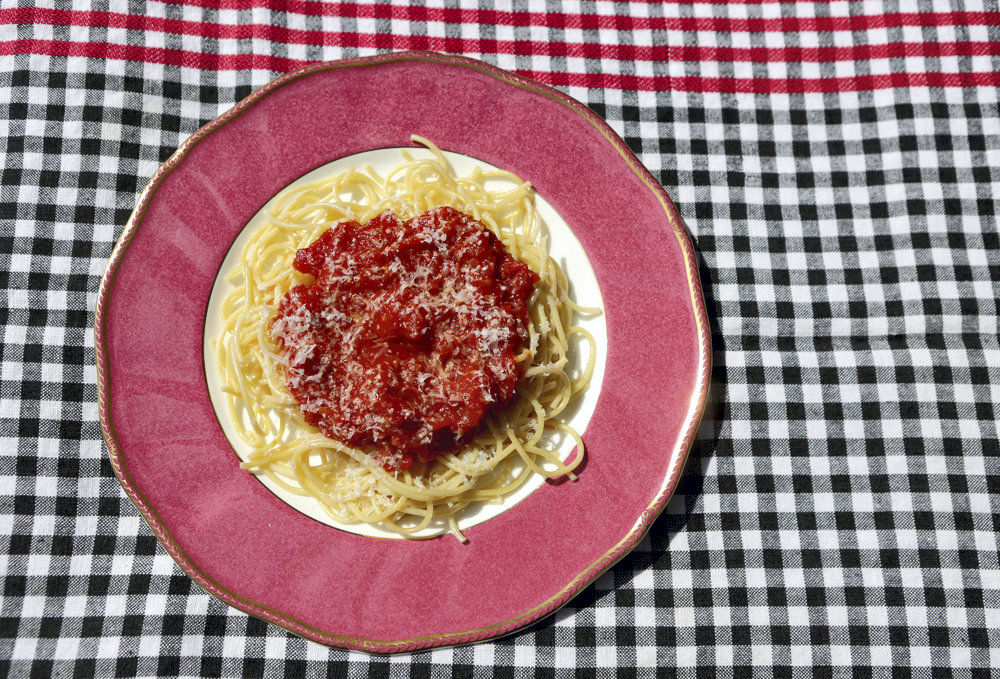 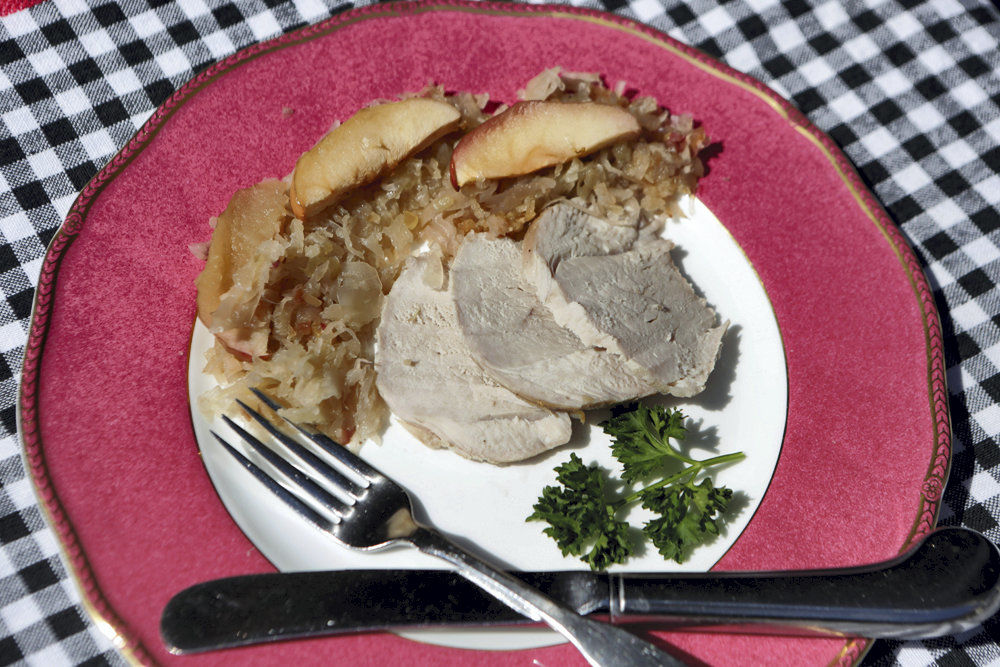 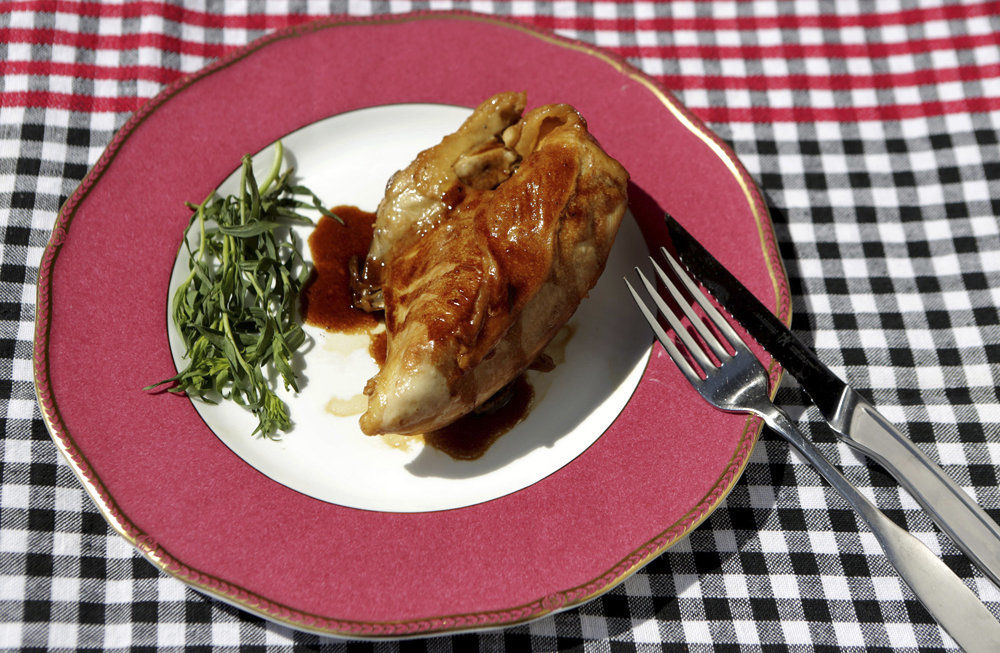 In these viral days, we are witnessing the collision of two forces having one somewhat happy result.

People suddenly have loads of enforced time to stay at home. And people who eat out for every meal have fewer options to do so.

The result? People who have never cooked before are, one hopes, giving some thought to cooking.

We’re talking about people who are absolute beginners, people who have never before even turned on a stove.

We thought we would turn our attention this week to those folks, to beginning cooks who don’t know a spatula from a rolling pin. I made four simple, basic recipes that are easy to re-create and hard to mess up.

Most important of all, each one makes a meal that is hearty and satisfying. Even when your cooking skills improve — and they will — you’ll want to return to them over and over again.

The four techniques are simmering, roasting, braising and searing.

Simmering is cooking a liquid at a relatively high temperature, but not so high that it boils. When a liquid simmers, small bubbles rise to the surface.

Simmering nicely takes care of two desirable actions while the food cooks: Some of the water in the liquid evaporates, which intensifies the taste of the liquid that is left and often thickens it; and the flavors of the ingredients in the liquid have the chance to blend together harmoniously.

I made a very simple tomato sauce that takes full advantage of these actions. Not only is the sauce easy, it also has a bright, pure flavor that I crave. To be honest, it is my go-to sauce for pasta, and I usually don’t embellish it in any way.

I roasted a hunk of pork — it happened to be a sirloin, but that doesn’t really matter. The best cuts for roasting are the ones that aren’t put to better use in other ways, such as chops and ribs. A lot of people like to roast a pork loin because it is of a fairly uniform size, so it cooks all at the same time. Do not confuse it with a tenderloin, which will dry out very quickly if you overcook it at all.

I cooked my roast in a classic preparation, with sauerkraut and apples. It’s also very easy — just the three ingredients, plus salt and pepper. And yet, the flavors blend together in a most miraculous way, with the sweetness of the pork and the apples playing off the salty tanginess of the sauerkraut. It is comfort food that is unusually comforting.

Braising is cooking meat (and occasionally vegetables) in a small-to-medium amount of liquid in a covered pot or pan. The food is cooked with a wet heat, and is ideal for using with large pieces of fairly tough meat. A long, slow braise at a low temperature will make it tender and moist.

Despite its name, pot roast isn’t a roast at all; it is actually a braise (which is needed to make the tough meat delicious). There are a million ways to make it, but I chose the method that is perhaps the most basic and simple.

I covered it, stuck it in the oven at 300 degrees for about three hours, and when I took it out it was amazing. Then I cut a couple of slices and put them on homemade toast, and it was amazinger.

Searing is cooking meat in a pan at a high temperature until the surface that is touching the pan turns a deep shade of brown.

The brown indicates that the sugars inherent in the meat actually caramelize, which gives the meat a warm and rich flavor.

Searing meat, however, does not actually cook it, or at least no more than just the barest surface. If you leave the meat over high heat for longer than it takes to sear, you will only end up burning it.

So the meat, once seared, has to be cooked in another way. One of my favorite dishes to cook is chicken that is first seared and then braised. This is the best of all worlds. The chicken first picks up the depth from the browning and searing, and then it is imbued with flavor from the braising liquid.

I used white wine, but water works surprisingly well (it creates its own chicken broth to braise in); you can even use beer. I also added a sprig of fresh tarragon, because its faint licorice taste is, improbably, a perfect flavoring for chicken, but several other herbs — fresh or dried — will do just as well.

Nothing this easy should taste this good.

Note: To peel an onion or garlic, remove papery outer layer. To mince an onion, cut it into tiny pieces. A clove of garlic is a single bud; the entire clump of garlic is called a head. To crush a garlic clove, place it under the flat side of a knife and hit the other side of the knife sharply with your hand.

If using whole tomatoes, cut off the tough stem end with a knife and crush each tomato with your hands.

Add tomatoes with their juice. Turn heat down to low or very low; the sauce should cook, uncovered, at a low simmer. Cook, stirring occasionally, until sauce is thickened, about 30 to 45 minutes depending on how thick you like it. Remove from heat and add salt and pepper to taste. Serve warm over pasta with plenty of grated Parmesan cheese.

Sprinkle pork with salt and pepper, and place in roasting pan.

Grate apples (not the core) on the large holes of a grater or chop finely with a knife. If you get tired of grating or chopping, you can cut one of the apples into wedges. Mix the apples and sauerkraut together in a medium bowl and spread around the pork.

Cook 1 hour, or until a meat thermometer inserted into the middle of the meat registers 145 degrees.

Note: To peel onion, remove the papery outer layer and the stringy stem.

Remove any large fat deposits from meat, if applicable. Sprinkle meat all over with salt and pepper. Place in a large, heavy pot with a lid (a Dutch oven works best). Scatter carrots, celery and onion around the meat. Add the broth and herbs. Cover and cook in oven 2-1/2 to 3 hours, until meat is tender. To serve, slice across the grain.

Sprinkle chicken with salt and pepper. Place a skillet large enough to hold the chicken in a single layer on medium-high heat. Spray skillet with nonstick spray or lightly coat with oil. When hot, place chicken skin-side down on skillet. Cook until golden brown on bottom, about 3 to 5 minutes. Turn and cook until other side is brown, another 3 to 5 minutes.

Add liquid (it should immediately start to boil) and herbs. Cover and reduce heat to a low simmer. Cook until chicken is done, about 40 minutes for breasts and 50 minutes for legs or thighs. Add more liquid if it has boiled away. To test if chicken is cooked, make a small cut at least halfway through — there should be no pinkness visible. Serve with sauce from pan over meat or on the side.

Daniel Neman is a food writer for the St. Louis Post-Dispatch. Email him at dneman@post-dispatch.com